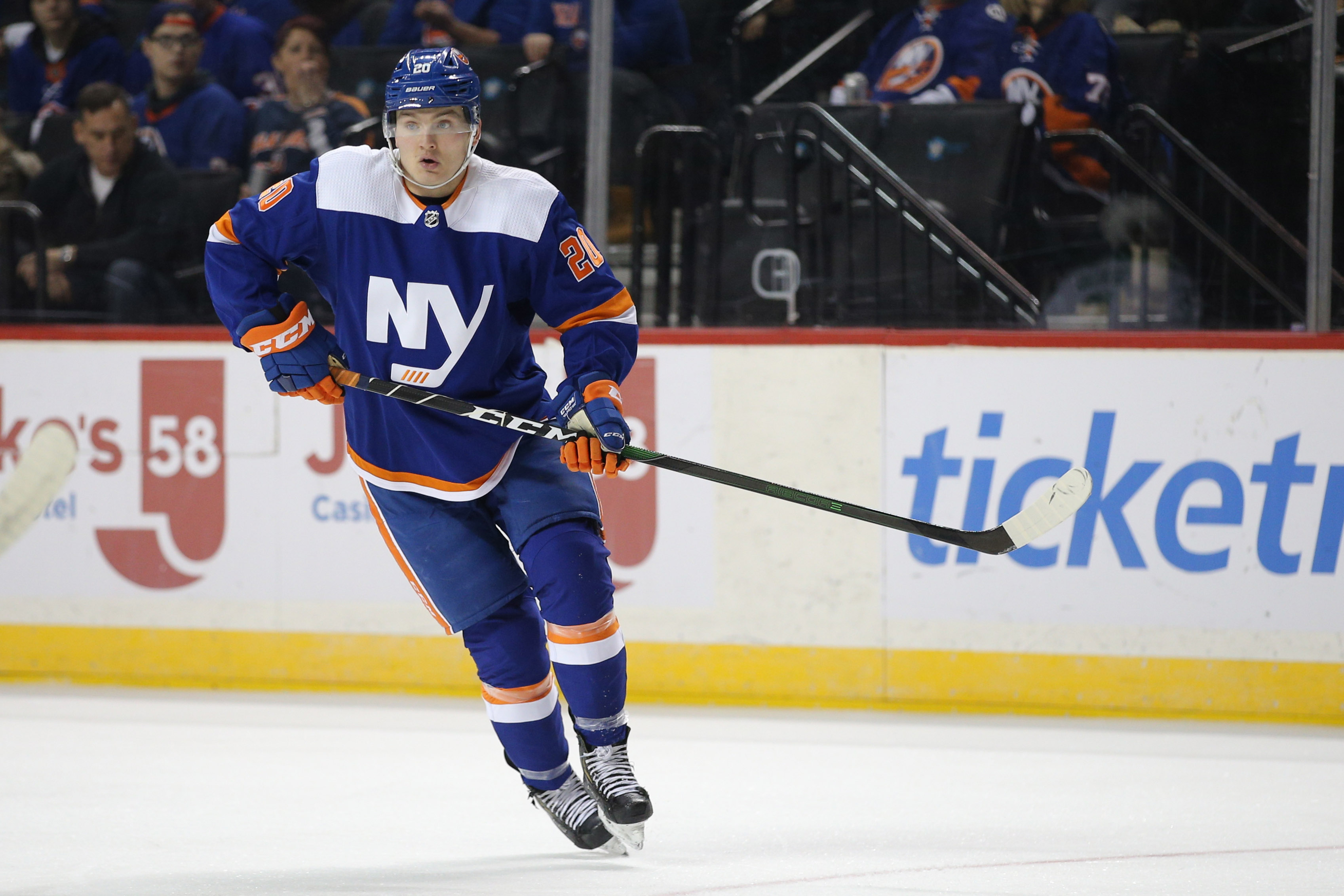 NEW YORK — Kieffer Bellows stood in front of a group of reporters when one asked who had told him that he had recorded his first NHL point in his first NHL game.

“You,” a wide-eyed Bellows responded, hearing the news for the first time. “Thank you,” he mustered a few seconds later as the group broke into laughter as Bellows came to the realization about the milestone he had accomplished.

It was a good ending to a pretty good night for the 21-year-old, Minnesota native who was making his NHL debut in the Islanders 4-3 overtime victory over the Dallas Stars. Bellows, who had his first NHL call-up on Monday, appeared in 9:10 of Tuesday’s game and had one shot on net.

"I'm just going out there and I'm trying to move my feet, work hard and try to do the little details right. I can't thank the coaching staff [enough] for helping me out and all the guys here, they really supported me the whole game and uplifted me a lot." – Kieffer Bellows pic.twitter.com/zWzatmb6MI

Bellows also played a role in starting the second-period sequence that would eventually lead to Derick Brassard’s goal at 13:38. Bellows took the puck into the offensive zone and then helped force the Stars to turn it over seconds later.

While initially not given an assist on the play, that changed as the third period began, leading to the heartwarming exchange after the game.

“That’s pretty special,” Bellows said about getting a point in his first NHL game. “It hasn’t really sunk in yet, to be honest. It’s been a long time coming so it’s pretty emotional.”

Bellows’ ascension to the NHL seemed to be a long time coming for the Islanders’ prospect. Bellows had been heating for the Bridgeport Sound Tigers, leading the team with 24 points (16 goals, eight assists) in 45 AHL games this season.

Bellows was also named the AHL player of the month in December in which he scored 10 goals in 11 games during one stretch and recorded his first pro hat trick.

So his goal heading into his first NHL contest was to keep things simple and do what had made him so successful in Bridgeport.

“I didn’t want to sway away from the game that got me here because there is a reason it got me here,” Bellows said. “I just wanted to stick to the system, work hard and be reliable in all three zones. That was my gameplan and after that just focus on getting pucks to the net, shooting and just forechecking hard.”

Bellows’ first shot on goal of his NHL career looked as though it could have found the back of the net 7:15 into the first period. The wrist shot from 20 feet out forced Dallas starter, Ben Bishop, to stack the pads to make a save.

“First game I’d be very happy if I was him,” Islanders coach Barry Trotz said. “He didn’t look out of place. He looked like he belonged, but that was one game. A very small sample and the adrenaline and all that is there. The trick is to maintain it, but he’s been very consistent down in Bridgeport and probably their best player over a long spell.”

Tuesday likely felt surreal for Bellows, who had his mom and dad in the stands to watch him live out his NHL dream. Back home friends and family were also watching and his sister was trying to get the Apple TV to work so she could watch in Nebraska.

If Bellows is back in the lineup on Thursday his mom and dad, Tracy and Brian (a three-time NHL All-Star and Stanley Cup champion himself), will be back at the Barclays Center as well.

Bellows in the flesh on the ice in #Isles blue and orange pic.twitter.com/m30yYCHpe1

As Bellows stood in front of the media afterward he tried to put into words what Tuesday’s experience was like. The moment he got to step on the ice for the first time stood out the most.

“It was honestly a bit of a blur when I first stepped onto the ice,” Bellows said. “I shot some pucks around and then I finally got a chance to look around and really soak it in. It was pretty special.”