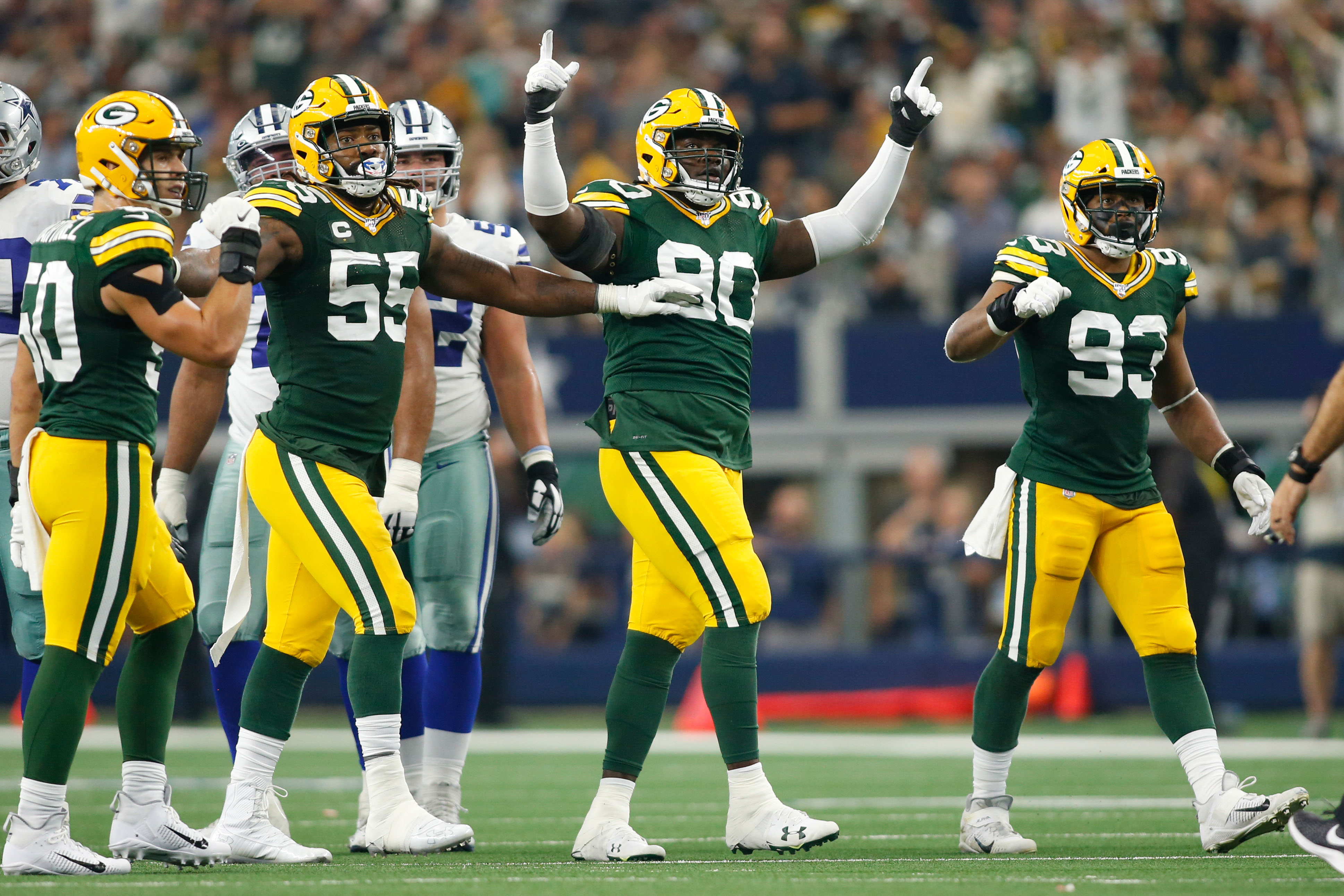 The Green Bay Packers have several young players on their roster with a lot to prove next season. These are players who were high draft picks who have yet to reach their full potential on the field in the NFL. Many of them are at a crossroads in their careers. If they don’t take that next step soon, they may be out of chances to show they are quality NFL starters and may be out of a job by cutdown day next September.

Here is a look at six young Packers with a lot to prove in 2020:

The Packers selected Burks in the third round of the 2018 NFL Draft with the hope he would step in and play at one of the team’s ILB spots. Burks has great speed for his position and was expected to help the team in pass coverage.

Unfortunately, injuries derailed Burks in the preseason in both 2018 and 2019, robbing him of key playing time where he could show the coaching staff what he could do.

Worse yet, Burks has been unable to get on the field once he has been healthy. In 2019, he played in 12 games but made only six total tackles. Burks played in only six percent of Green Bay’s defensive snaps while showing up mostly on special teams. All of this took place even though the Packers were looking for better play at his position.

This year’s training camp may be Burks’ last chance to claim a starting job at ILB or the hybrid safety/ILB position and show the Packers did the right thing by trading up to draft him out of Vanderbilt two years ago.

Like Burks, Adams was selected in the third round. The Packers used the 93rd overall pick in the 2017 draft to pick the 6’4”, 304-pound defensive lineman out of Auburn.

Like Burks, Adams has had trouble earning playing time. He has made only three starts in his three NFL campaigns and made only 11 tackles all season in 2019. Adams failed to record a sack last season after registering 1.5 in 2018.

Adams had a strong offseason and was touted by coaches and teammates alike for his play in mini-camp and training camp, but once the season started, he rarely took the field. In fact, Adams played in only 187 plays on defense in 2019, down from 212 plays the previous year.

Like Burks, Adams plays a position the Packers are looking to upgrade yet he has been unable to establish himself as a major part of the rotation on the defensive line, let alone as a starter.

The 2020 season may be Adams’ last chance to make an impression on the Green Bay coaching staff.

Valdes-Scantling had a frustrating 2019 season. He won a starting job coming out of training camp and was off to a good start, catching 16 passes in his first four games and using his speed to stretch the field and make big plays.

Unfortunately, MVS caught only 10 passes in the final 12 games of the season and rarely saw the field in the Packers two playoff games.

Valdes-Scantling needs to show he can do more than just run deep routes and he needs to get better chemistry with quarterback Aaron Rodgers. With better route running and more consistency, MVS can be a bigger contributor in 2020. Without it, he may not even make the team’s roster next season.

St. Brown had a decent rookie season in 2018, showing signs that he had the potential to be a reliable contributor in the NFL. He finished with 21 catches for 328 yards and showed promise.

But the Notre Dame product was injured in the preseason and the Packers placed him on the season-ending IR rather than wait to stash him there after final cuts were made so he would be eligible to return.

The Packers will almost certainly add a few new players at wide receiver both through the draft and free agency. EQ will be fighting for a roster spot and will need to show what he can do this offseason to secure a position with the 2020 Packers.

The Packers drafted Jackson in the second round of the 2018 NFL Draft out of Iowa. After starting 10 games during an up and down rookie campaign, Jackson made no starts in 2019. In 14 games, he played only 103 plays on defense, roughly 10 percent of the team’s total plays. Most of his action came on special teams.

In his limited action on defense, Jackson struggled. Opposing quarterbacks had a 143.7 rating when throwing at Jackson according to Pro Football Reference.

On the depth chart at cornerback, Jackson fell behind undrafted players like Chandon Sullivan, Ibraheim Campbell and Will Redmond who all got more playing time than Jackson did.

Jackson’s lack of pure speed may limit him to zone coverages or make him better suited to play safety. Either way, he needs to step up and define his role on the defense in 2020 if he hopes to remain in Green Bay.

The Packers first pick in the 2019 Draft saw limited action in his first season. The coaching staff said they expected to bring the University of Michigan product along slowly as he switched from playing defensive line in college to OLB in the NFL. The strong play of Preston and Za’Darius Smith made it less urgent for the coaching staff to get Gary into games.

Gary showed flashes of ability throughout the season and registered two sacks and 21 total tackles including three tackles for loss. Gary was also credited with two hurries and three quarterback hits while playing in 24 percent of the team’s defensive snaps.

Gary is not in danger of losing a roster spot like many of the other players on this list, but fans in Green Bay are impatient with him and many are quick to write him off already as a bust.

In 2020, Gary needs to step up his game, be on the field more and show the coaching staff what he is capable of with his hard work, talent and athletic ability.