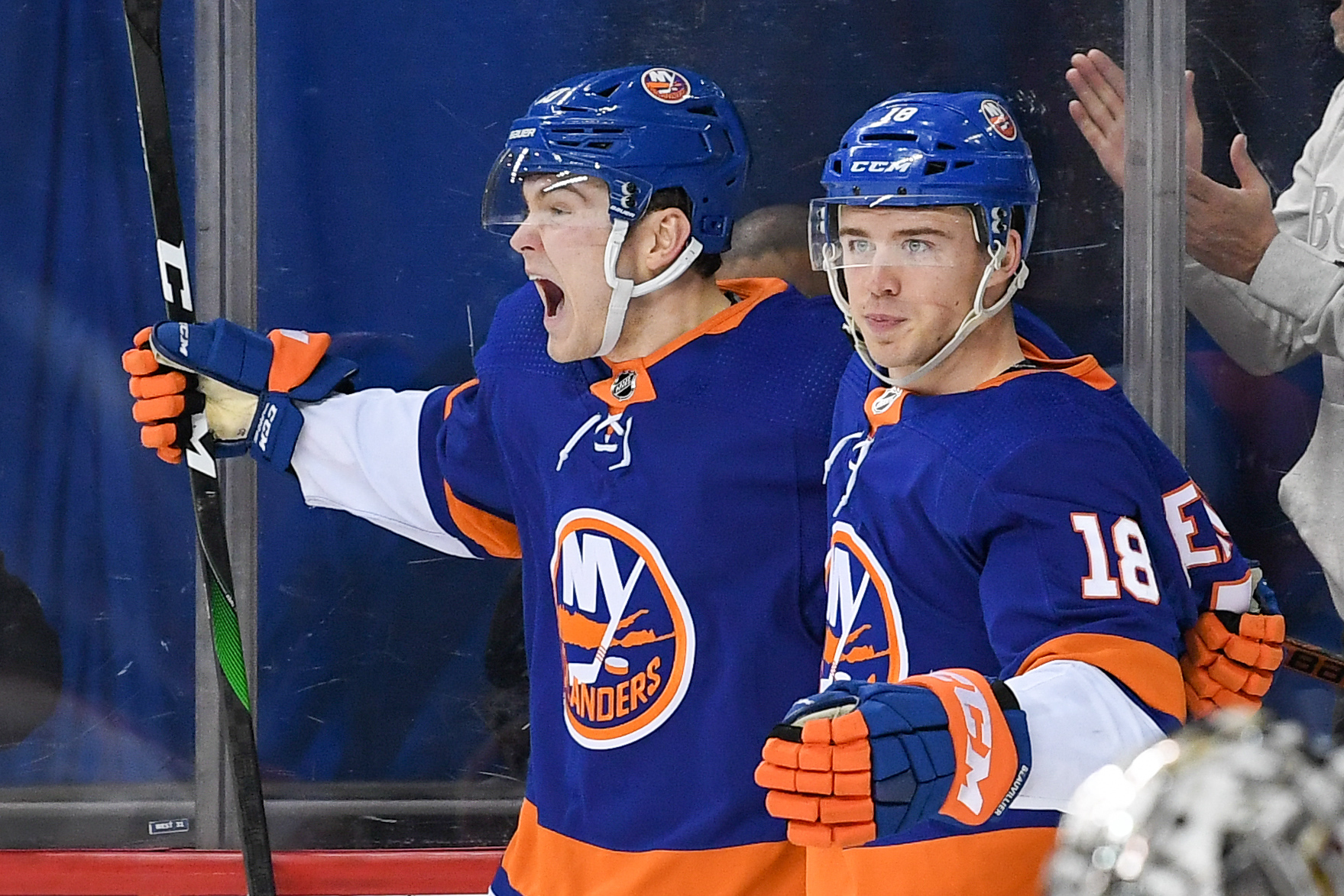 NEW YORK — Two games in and the lore of Kieffer Bellows is already growing among the Islander faithful. So much so that chants of his name echoed across the Barclays Center on Thursday night.

The 21-year-old rookie scored the go-ahead goal with 7:50 left in the game to help propel the Islanders to a much-needed 5-3 win over the Los Angeles Kings. It was the second milestone Bellows hit after scoring his first career NHL goal at the 10:22 mark of the second period.

“A pretty special moment there,” Bellows said. “I was pretty speechless at the time. I didn’t really know what to do, but once I got back to the bench it was forget about it and move. Focus on the next shift.”

Bellows became the 17th player in franchise history to record two or more points in his first two games in the NHL. The feat was last accomplished by fellow Edina, MN native Anders Lee during the 2013 season.

The two-point effort helped complete a comeback, which saw the Islanders rally from a 3-1 deficit. It was Bellows’ goal in the second period that kickstarted the Islanders.

Michael Dal Colle, who scored a goal of his own in the opening minutes of the first period, dug the puck deep for Derick Brassard behind the net. The third liner found Anthony Beauvillier charging into the slot, who quickly moved the puck to Bellows for the goal.

Matt Martin scored 23 seconds into the third period to tie the game before Bellows’ heroics at the 12:10 mark. Anders Lee added an empty-net goal on a hustle play as he beat out an icing with 12.5 seconds left in the game.

“Anytime you can score and help the team win and get two points, “Bellows said. “Especially this time of the year going into the playoff run here is huge.”

The win came at a crucial time for the Islanders, who have dropped in the standings as teams around them have picked up their play. The Islanders jumped back into third in the Metropolitan Division — leapfrogging the Columbus Blue Jackets — and put a three-point cushion between themselves and the Philadelphia Flyers, who fell to the New Jersey Devils on Thursday.

The two points also became important as the Islanders begin a stretch where six of their next seven games are on the road and against teams in or battling for playoff position.

“We just need points, we need wins,” Brassard said. “We know we have a lot of road games coming up. we want to take care of business at home and that’s what we did.”

“I think it just proves to us that we need everyone to win games and it’s going to be really important down the stretch here. We’re going to face some really good teams on the road and it’s going to take everybody.” – Derick Brassard pic.twitter.com/kK4RR7nkZ6

That almost didn’t come to fruition after the Islanders fell behind by two goals twice in the first 27 minutes of the game. Goals from Ben Hutton and Alex Iafallo sent the Kings into the first intermission with a 2-0 lead.

Dal Colle managed to pull the Islanders within one with a redirection goal 1:40 into the second frame. Trevor Lewis gave Los Angeles a two-goal lead once again with a goal of his own at 7:09.

Thursday marked the third consecutive game the Islanders allowed three goals against to an opponent and had to come from behind.

“We didn’t play well in the first and we weren’t great in the second, but kind of climbed back into the game,” Martin said. “We talked in the room in the intermission just about playing a strong 20 and how we can come away with a win. Obviously, we’d like to play with leads, but resiliency has been really strong over the last three and we just have to keep finding ways.”