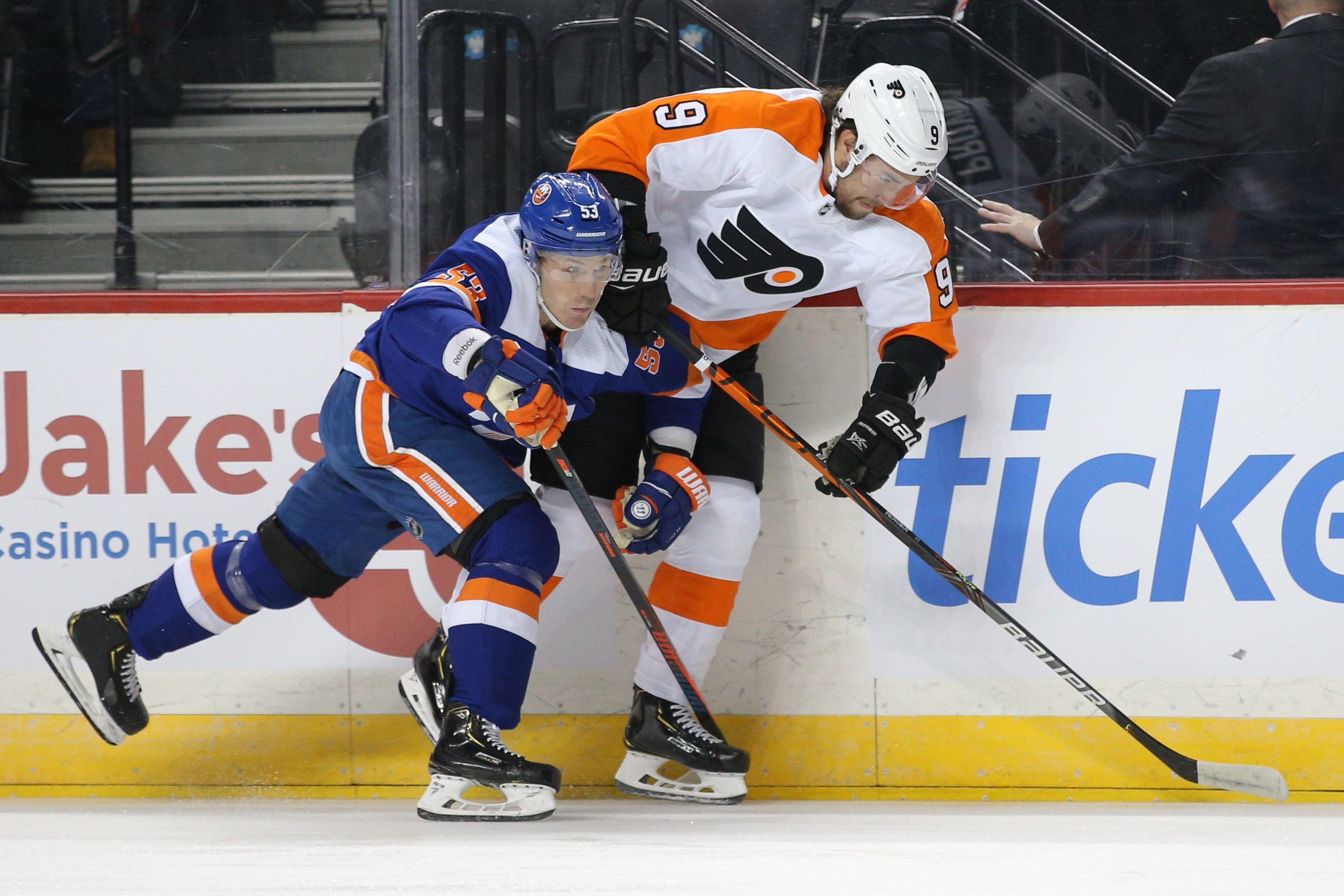 NEW YORK — The Islanders fourth line suffered another blow on Tuesday night in the team’s 5-3 win over the Philadelphia Flyers.

Casey Cizikas left the game early after taking Ivan Provarov’s skate to his left leg. Cizikas struggled to get up off the ice and immediately went to the team dressing room the trainer.

The 28-year-old forward did not return to the game and head coach Barry Trotz did not have an update on him after the game.

“Anytime you see one of your teammates go down it’s the last thing you want to see,” Anders Lee said about the injury. “Someone who is as tough as him doesn’t go down easily. Hopefully, Casey is going to bounce back here and see what happens. I haven’t had a chance to see him, but he’s such a mainstay in our lineup that we have to all step up and find a way to fill his shoes.”

Cizikas is the second member of the team’s fourth line to be injured by an opposing player’s skate. Cal Clutterbuck had his wrist sliced by the Skate of Patrice Bergeron on Dec. 19, which sidelined him indefinitely.

“Other teams around the league have had major injuries and just keep the next man up mentality. That’s what we’ve been doing,” Trotz said.

The Islanders will not skate on Wednesday, so any update on Cizikas may not come until Thursday in Nashville when the Islanders kick off a four-game road trip.