Alshon Jeffery shoots down report about wanting to be traded 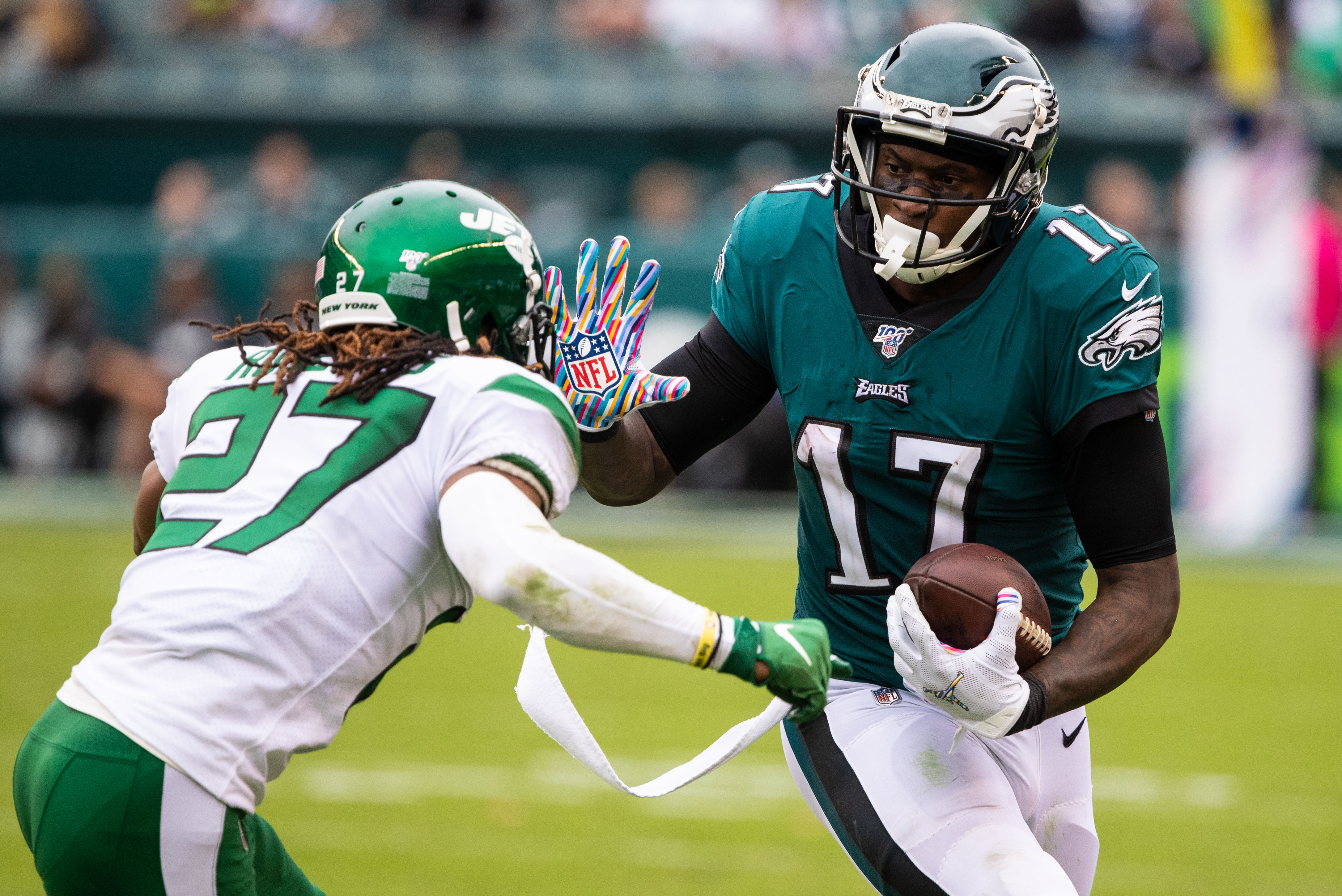 Alshon Jeffery shoots down report about wanting to be traded

This past season was one to forget for Philadelphia Eagles wide receiver Alshon Jeffery. In October, the veteran wide receiver was reportedly accused of criticizing starting quarterback Carson Wentz, which opened up a firestorm of controversy.

Jeffery reportedly denied he was the source and actually spoke with Wentz.

“We’ve all had conversations, and everything,” Wentz said (h/t Delaware News Journal). “Everyone’s good. Everyone’s going forward and on the same page.”

Then two months later, Jeffery suffered a Lisfranc injury in his foot against the New York Giants, effectively ending his 2019 season. The 29-year-old wideout finished the season with 43 receptions for 490 yards and two touchdowns.

With that being said, there have been various discussions about what the team should do with Jeffery, who is scheduled to make $11.5 million next season.

On Friday, Connor J. Hughes of The Athletic reported that the Eagles are “looking to move” Jeffery, and he would welcome the change of scenery.

However, Tory Dandy, who is his agent, shot down those rumors immediately, stating that the veteran wide receiver loves being in the city of Philadelphia and playing for Eagles.

@TheWorldof_AJ loves being in the city of Philly and playing for the @Eagles!!!! https://t.co/ENvlSvOW93

It should be interesting to see what Philadelphia’s front office does with Jeffery this offseason because they cannot outright release him. If they were to do that, then the Eagles would have $26 million in dead money, which is less than ideal.

Now could the Eagles trade him? It’s a possibility, but what can they get in return for an older wide receiver, who will be coming back from a foot injury?