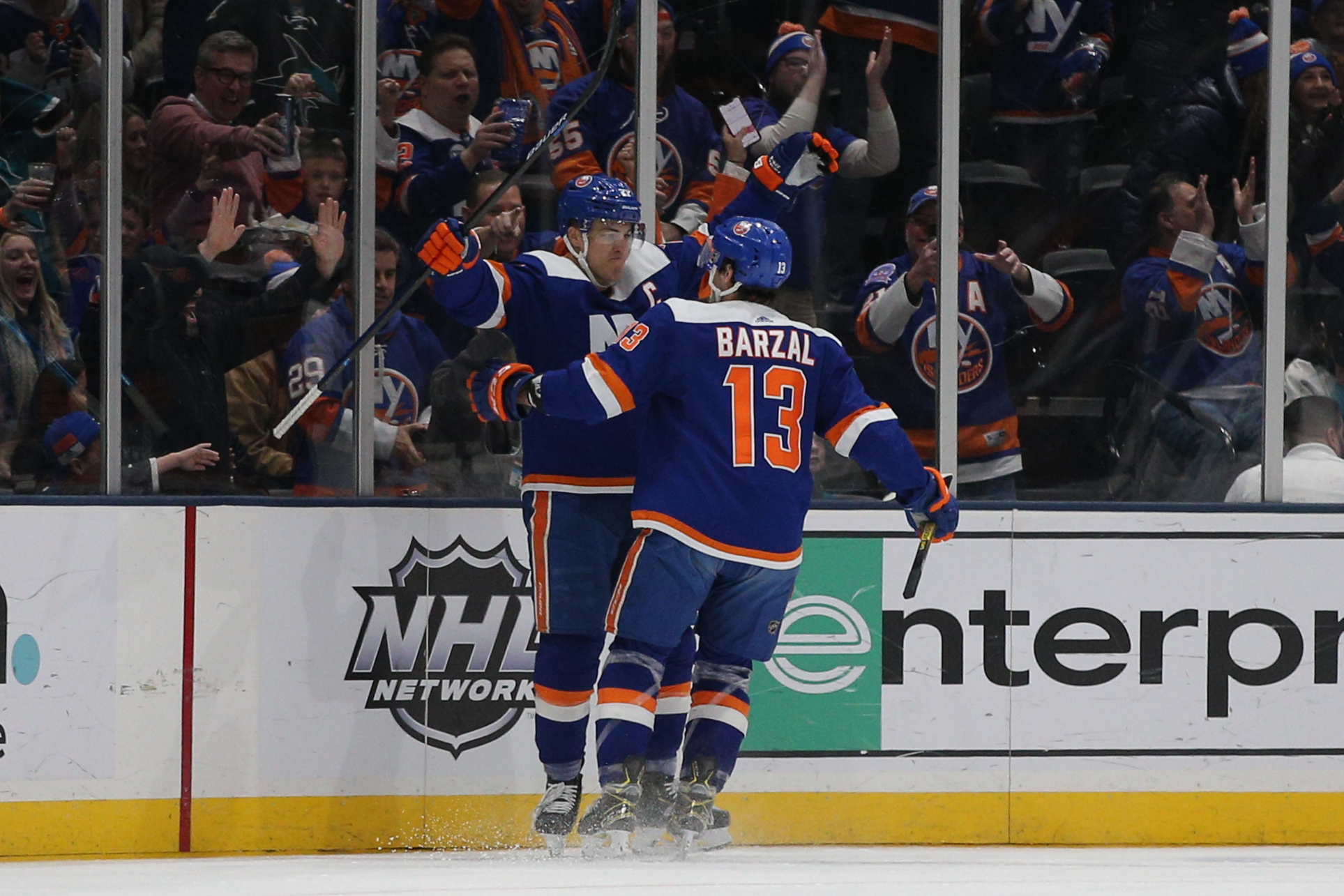 Lee scored two goals — selflessly passing up a shot on an empty net in the closing minutes of the third that would sealed the hat trick fo for him– as the Islanders scored four goals for the second straight game. And for the second time this week, the Islanders offense was led by its top line.

Lee, Mat Barzal and Jordan Eberle had a combined six points in Sunday’s win. This came right after the Islanders’ top line had a six-point night on Friday, which was highlighted by Eberle’s third career hat trick.

“It’s huge for us,” Trotz said about the success of the Islanders’ top-six forwards. “when they step up and produce for us the bottom groups will get it done too. It’s huge for us. You’re only as good as your top players and right now they’ve been coming through for us.”

And the newfound scoring prowess couldn’t have come at a more needed time. After a disastrous road trip out west, The Islanders needed to put the puck in the back of the net and string some wins together.

“I think there was a period there where we were dry and we were creating opportunities, and it was frustrating,” Lee said. “Especially because we weren’t winning hockey games, that pressure you put on yourself individually and as a line that’s expected to do a lot. We just stuck with it and we’re getting rewarded for our hard work and efforts.”

The Islanders’ top line was noticeably aggressive during Sunday’s matchup with the Sharks, which led to several of their goals.

"The points are so tough to come by. Our division is crazy. It's tight the whole way down and it's going to be the rest of the way here. The whole night is huge." – Anders Lee pic.twitter.com/4Chz59OPKt

It was Eberle’s work along the wall to push the puck towards Barzal that led to the Islanders’ first goal. The play sprung Barzal free for the odd-man rush and the 22-year-old had the patience to wait before feeding Lee for his first of the night.

Another good breakout by Barzal and some good puck handling skills led to Lee’s second of the night.

“I like to create space and whatnot,” Barzal said. “Drag guys to me and bring guys to me and he was open on both plays. Those were great shots. Just top corner, that’s a goal scorers shot.”

The back to back wins for the Islanders have helped make up some ground lost from their four-game skid. The Islanders are a point back from the Philadelphia Flyers for third in the Metropolitan Division with a game in hand.

With 21 games left and the standings so tight, the Islanders are well aware of how crucial every game has become now.

“The last two games we have to be (in playoff mode),” Lee said. “The points are so tough to come by. It’s a hard division. Our division is crazy, it’s tight the whole way down. It’s going to be the rest of the way, so every night is huge.”