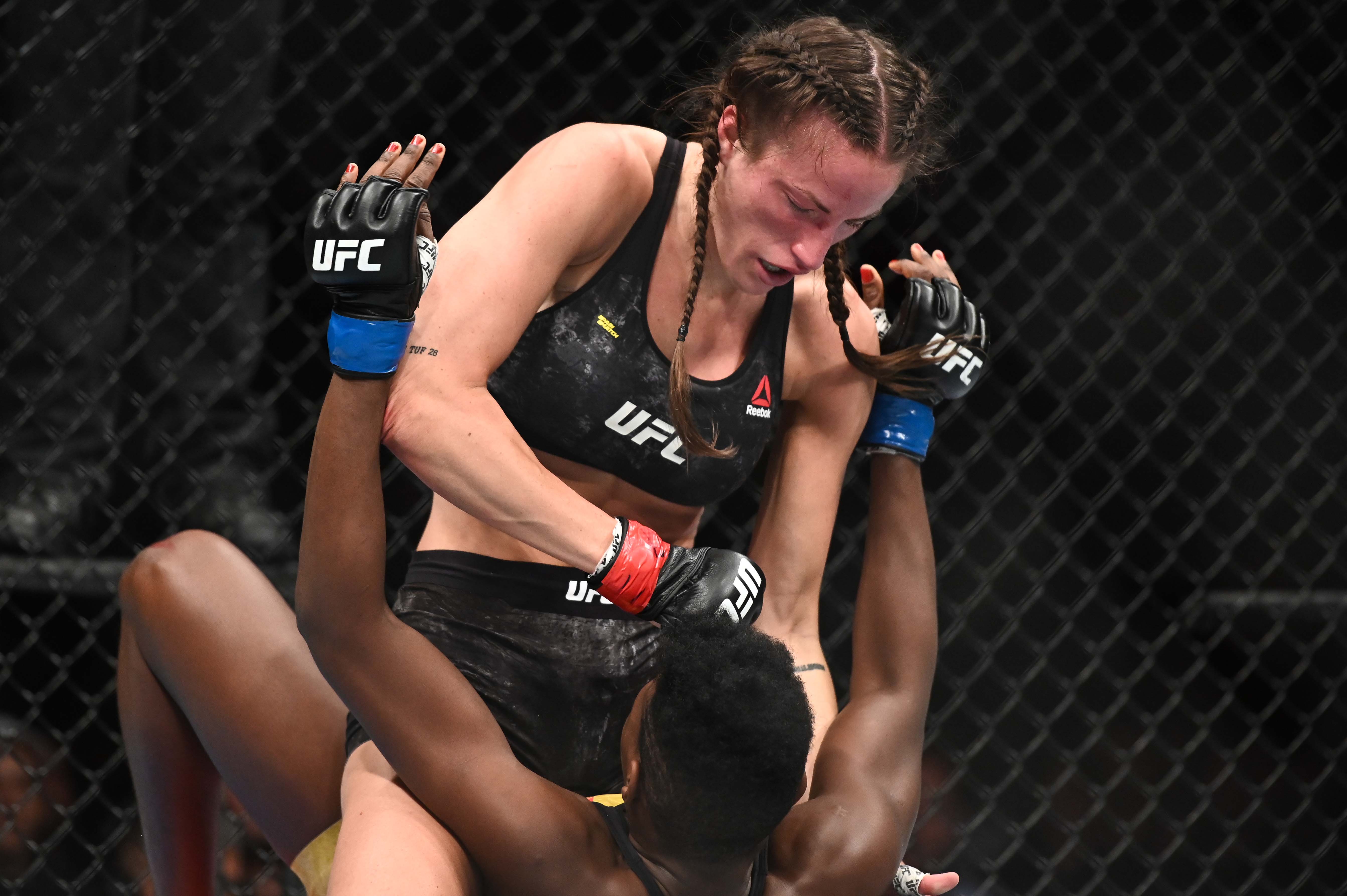 It’s been awhile since we’ve had UFC fighters who made their pro debuts in the UFC. While CM Punk may have gotten the most attention for it, Matt Mitrione and TUF winner Amir Sadollah, among others, also did so. This week we take a look at another fighter who has seen no other professional cage, except for the eight-sided one.

Sheer physical size and strength is Malecki’s best weapon. At a muscular 5’9″, she is one of the most imposing bantamweights that exists (perhaps only topped by teammate Macy Chiasson). With her being as green as she is to the MMA game, this is important because having the physical gifts allows her to make large gains after each fight. It also doesn’t hurt when your coach is Sayif Saud and you are surrounding yourself with killers all day. Look to see an even better version than the one that took out Duda Santana in the second round.

The answer is really clear, perhaps as clear as any on this segment; she has only one professional MMA fight. With that being said, this is not her only high level experience. She also has some Muay Thai under her belt as well as a fight in the Ultimate Figher house. Although this is still not much, and certainly explains the lack of excitement for her as a prospect, it is still something that should be considered.

Veronica Macedo lost her first three fights in the UFC, each by a different method (TKO, decision, and submission). Each of these losses came by being largely overpowered by bigger and stronger opponents. The likes of Ashlee Evans-Smith, Andrea Lee, and Gillian Robertson each pulled her to the mat multiple times. Now, Macedo is going to be stepping up a weight class to face someone who’s large even by bantamweight standards (never mind flyweight). For these reasons, it’s easy to see how Malecki could come away with her second win.