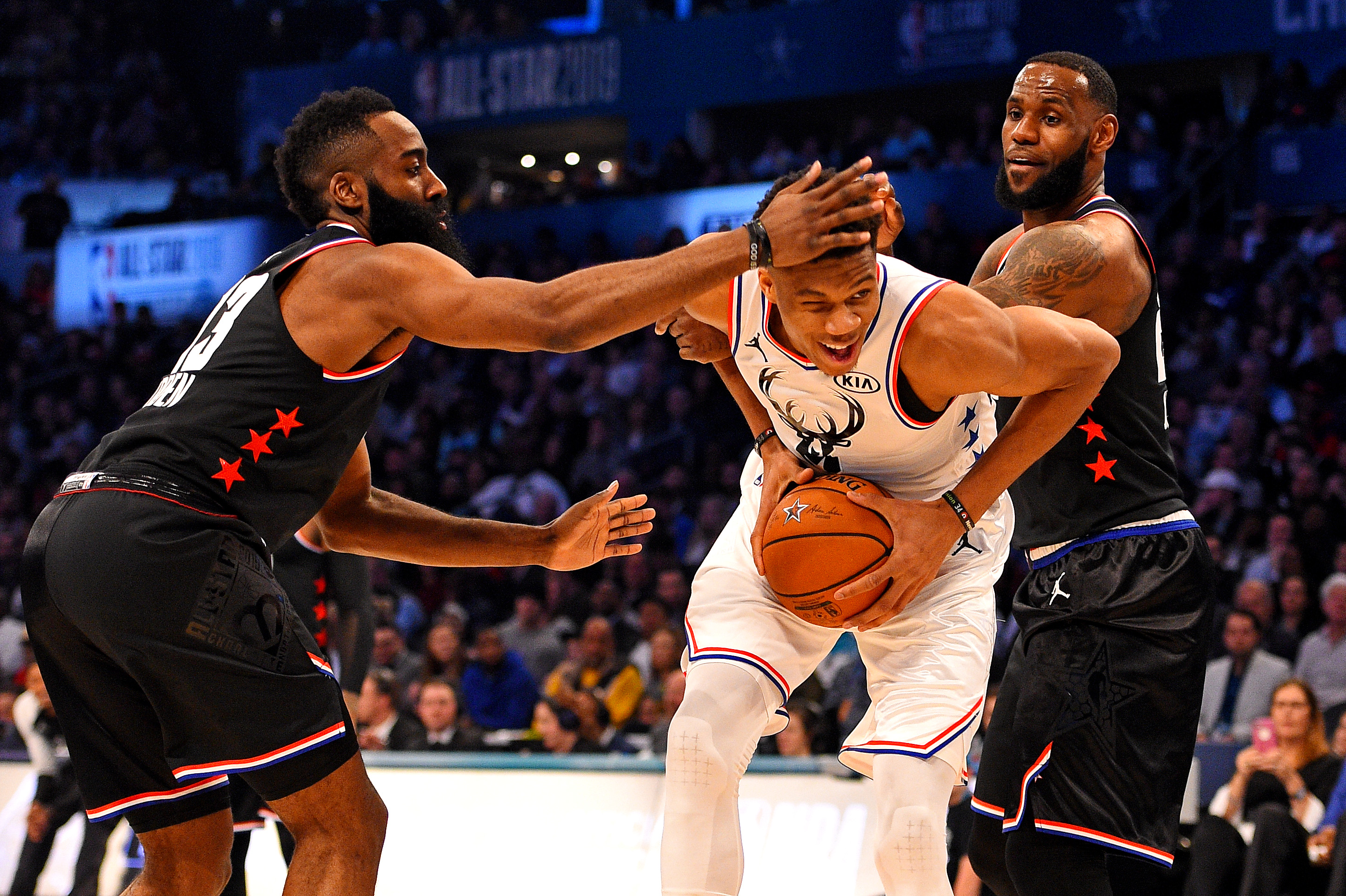 Giannis Antetokounmpo ruffled some feathers when he essentially criticized James Harden’s defense in the NBA All-Star Game, but he’s apparently doing whatever he can to clear the air.

The Greek Freak made headlines when he revealed his team’s strategy on offense in the All-Star Game, which apparently was centered around attacking Harden on defense.

The quote did get blown out of proportion a bit, but given that the two have had a history of on-court altercations over the years, it was assumed they had beef.

They don’t, apparently, as Giannis took time out of his COVID-19 quarantine time to actually compliment Harden — but on the offensive side of the ball. He recently held an Instagram live stream, and told viewers that Harden is the toughest player to guard in the NBA.

High praise from the Defensive Player of the Year award candidate.