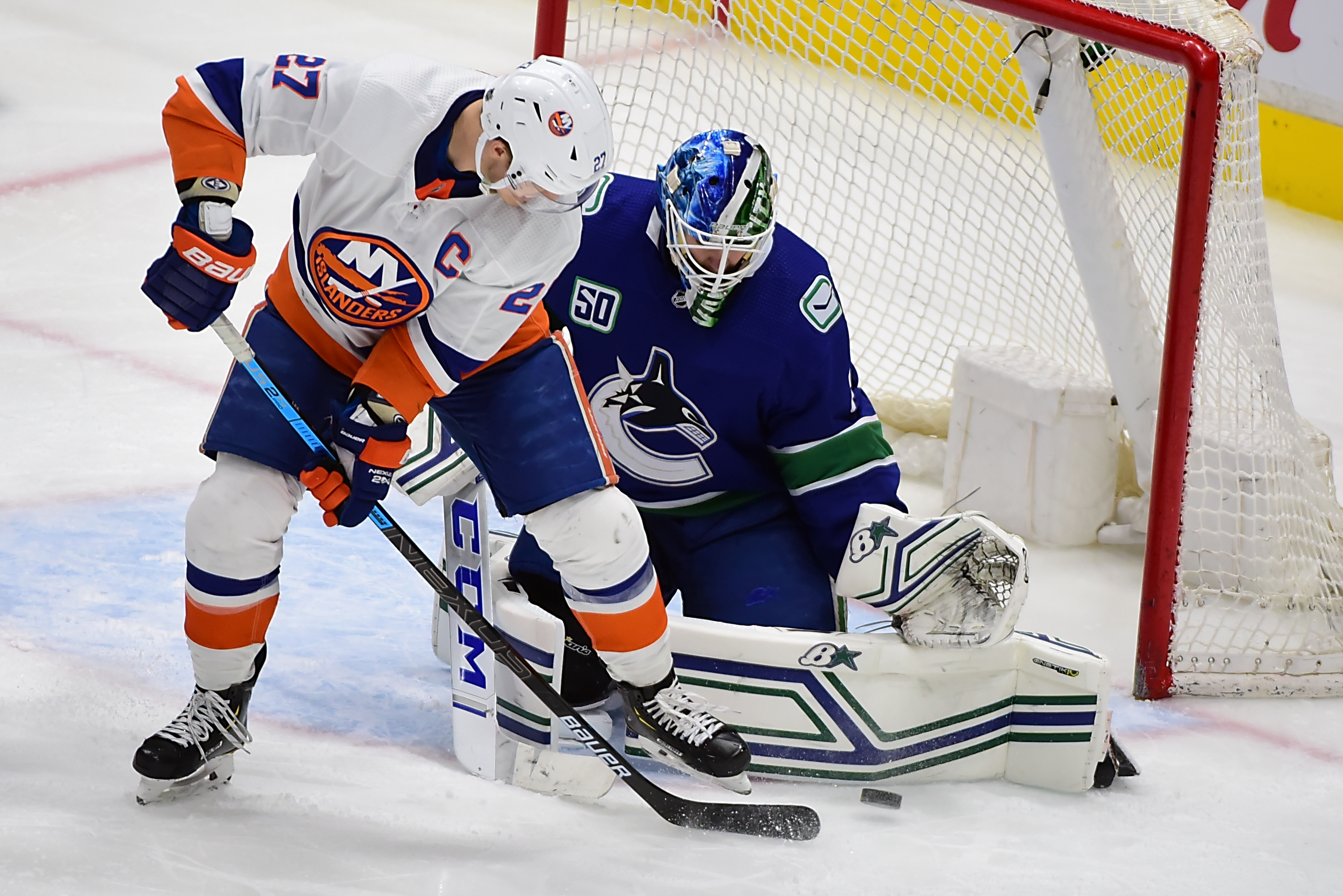 With the NHL season on pause due to the outbreak of Covid-19 in the United States, Anders Lee has remained on Long Island while he waits for the sport to return.

It has given him ample opportunity to see how doctors, nurses and other volunteers have responded to the current pandemic.

“We’re at the heart of a lot of this right now in the United States,” Lee said on Thursday during a league sponsored conference call with reporters. “I’ve been extremely impressed with all the people, the nurses, the doctors, the volunteers in the communities, everyone kind of coming together. I’ve felt from other places around the country, here in New York everyone is buying in. They’re taking this extremely seriously, they’re doing what they can, supporting small businesses down the street, ordering takeout and trying to do your best just to kind of keep things going and keeping a level of normalcy.

“But it’s extremely serious and you have friends and family in the area or whatnot, and you hear stories about them coming down with it or someone at school. It’s extremely prevalent around here and you just want to give as much support as you can to anyone you can. This quarantine thing, we’re all in it together. Whether it’s staying in touch or FaceTiming or doing whatever, I think it really goes a long way. This is something no one’s ever really dealt with before and we’ve all just got to figure it out together.”

Lee, like other NHL players, has been at home waiting for word when things will begin to get back to normal. The NHL season was officially put on hold on March 12, a day after the NBA stopped play.

The Islanders had been scheduled to play the Calgary Flames in the second game of a four-game road trip when the season was paused. The NHL canceled morning skates league-wide before officially making the announcement later that day.

“It was an extremely interesting time. A lot of moving parts,” Lee remembered from that day. “The viruses swept so far, so quickly, so there was a lot of information we were getting from our (players’) association reps, from our GM and our coach. Everybody was feeding us information, but a lot of it was fluid and kind of similar to how it is even today. We’re getting so much new facts and all that stuff.”

Lee said it didn’t come as too much of a surprise when the league stopped play after the NBA’s decision came down.

Our captain @leeberr09 has a message for all the #Isles kids out there and hopes everyone is staying safe and healthy! pic.twitter.com/rVBdZrSD90

“We had a feeling we were close behind,” he said. “It was a little bit in limbo for half a day but, obviously, it was the right decision for the health and safety for everybody involved, not just us players, but everyone working at the rinks and all the fans.”

When the NHL resumes play is still unknown. The league announced earlier in the week the cancelation of the scouting combine, awards show and draft.

And it’s unclear if they will resume the regular season or jump right into the playoffs.

The Islanders were a point back of a playoff spot with two games in hand when hockey stopped. The team had been on a bit of a slump, going 2-4-4 in their last 10 games.

“The format is going to be whatever is best for the league, the players, the fans,” Lee responded when asked what the NHL should do. “It’s tough to project any of that. It’s got to be the best for everyone involved and for the safety of coming to the rink and going into next year.”