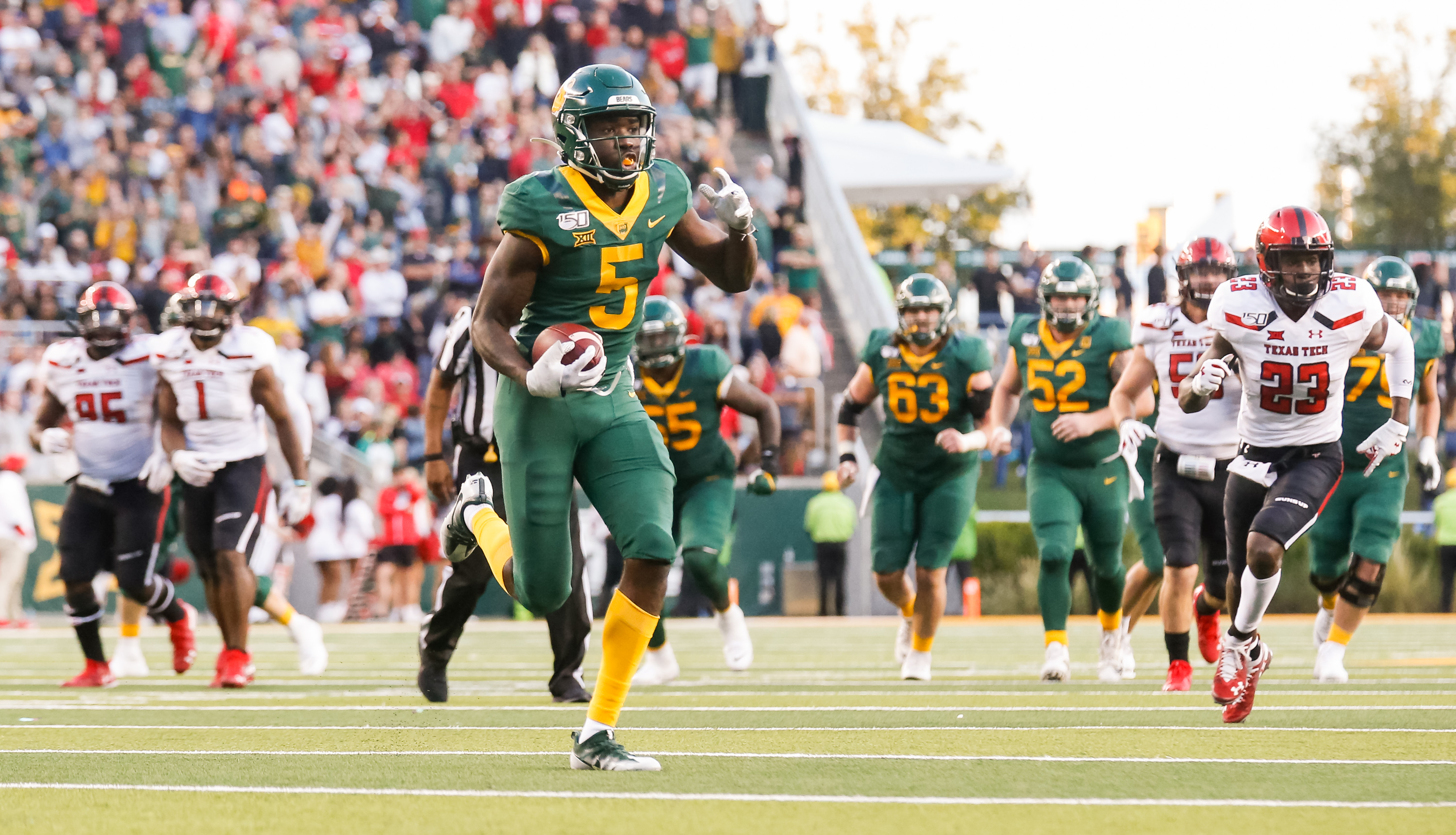 After deciding to not sign a wide receiver in free agency, it seems as if the Philadelphia Eagles will address the position later this month in the NFL Draft.

As things stand, the Eagles have the No. 21 overall pick in the first round, which puts them in a difficult spot to land either Jerry Jeudy, CeeDee Lamb, or Henry Ruggs III. Those three wideouts, in particular, are considered the crown jewels of the draft class.

That being said, many mock drafts are projecting the Eagles to take LSU’s Justin Jefferson or even Arizona State’s Brandon Aiyuk in the first round.

However, there is another wide receiver out of the Big 12 conference, who is apparently on Philadelphia’s radar. In a radio interview on Friday with Matt Moseley of ESPN 1660, former Baylor wide receiver Denzel Mims said that the Eagles are among the multiple teams he has spoken with.

If selected by the Eagles, Mims would give them a big target, who can flat-out fly down the field, hence his 4.38 40-yard dash time at the NFL scouting combine in February.

As a senior this past season for the Baylor Bears, the 6-foot-3 wideout racked up 66 receptions for 1,020 yards and 12 touchdowns. Over his four-year career at Baylor, he had 28 receiving touchdowns with a yards per catch average of 15.5.

“Mims is a long-striding outside target with excellent height, weight and speed, and an insane catch-radius. He’s a touchdown threat anytime he’s near the red zone, with the focus and body control to finesse and finish catches above the rim. He struggles to release and separate from physical press corners, and he doesn’t consistently compete and outwork opponents for positioning on contested catches. If the route work and intensity catch up with his natural athletic ability, he could become a dangerous “Z” receiver in a vertical offense, but the floor might be lower than some teams are comfortable with.”

Based on that scouting report, the Eagles could use a wide receiver of Mims’ caliber and untapped potential. He can line up both inside and outside, and create separation, which is something Philadelphia’s offense needs.

Furthermore, Mims does an adequate job catching the football with his hands, attacks the ball while it is in the air, and is a willing blocker. It shall be interesting to see if the Eagles stay at No. 21 to draft the former Baylor standout or drop back in the first round.