2020 NFL Draft: Why Lamical Perine makes sense for the Eagles 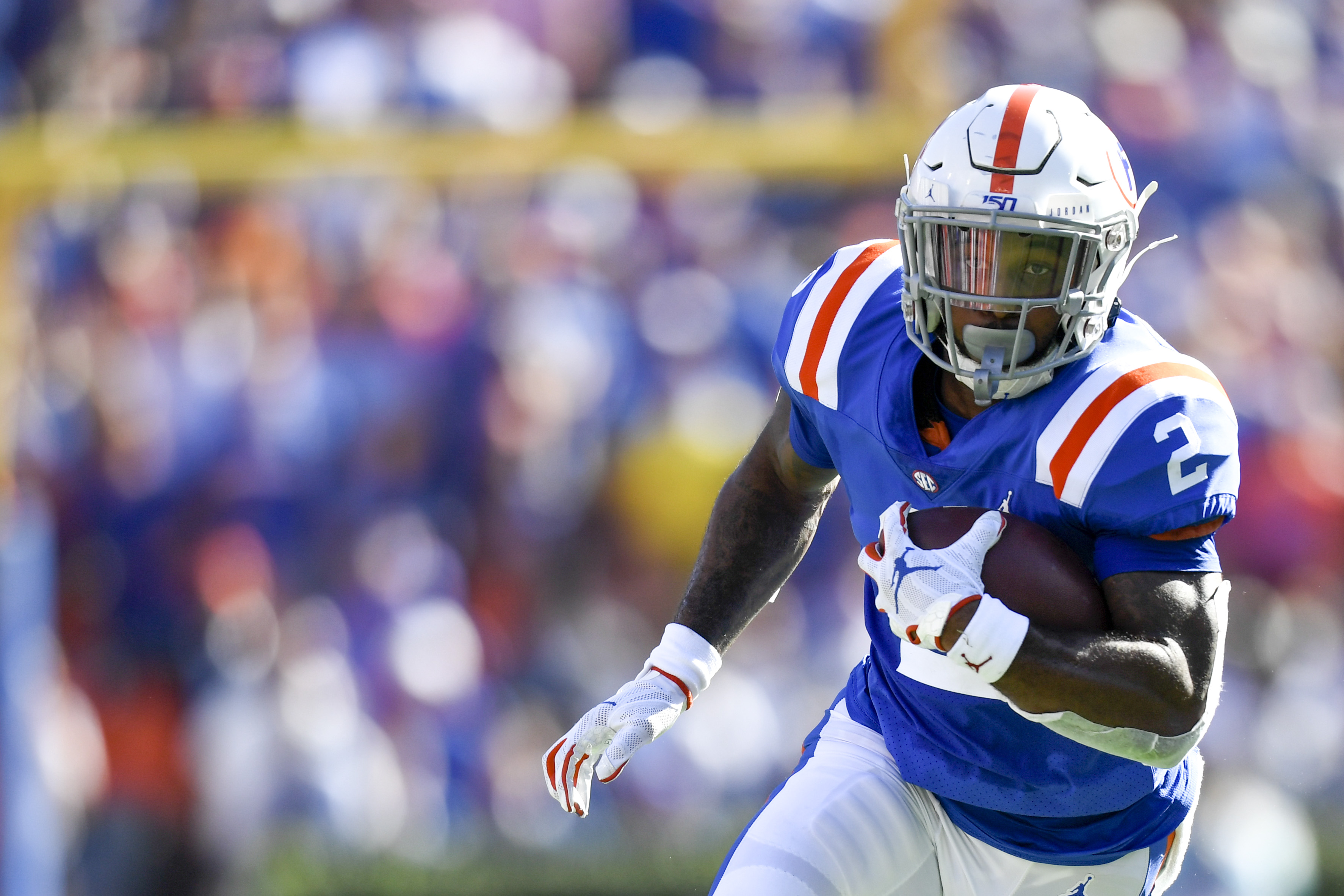 2020 NFL Draft: Why Lamical Perine makes sense for the Eagles

Last offseason, the Philadelphia Eagles made sure to upgrade the running back position. First, they traded a Day three draft pick to the Chicago Bears for Jordan Howard.

Then a few weeks later, they drafted former Penn State running back Miles Sanders in the second round of the 2019 NFL Draft. With Howard and Sanders in the fold along with Darren Sproles and Corey Clement, the Eagles’ running back depth chart quickly improved.

However, that depth eventually went away as Howard, Sproles, and Clement all suffered long-term injuries. Therefore, it only left Sanders and Boston Scott, who was on the practice squad the previous season to carry the workload.

To their credit, Sanders, and Scott did an admirable job complimenting each other in the running and passing games.

That being said, both running backs are primed to have good sophomore campaigns this upcoming season. But they will have to do it without Howard, who signed a two-year, $10 million deal with the Miami Dolphins in free agency.

Without Howard, the Eagles might have to use a mid-round draft pick in the 2020 NFL Draft on a young, downhill running back. If that’s the case, there are various running backs in this draft class, who could fill this void such as Zack Moss, AJ Dillon, or Lamical Perine.

Out of those three options, Perine is the best fit for the Eagles and could be available in the third and fourth rounds. The former Florida Gator running back can run in between the tackles and is an adequate pass-catcher out of the backfield.

Last season in Gainesville, Fla., the 5-foot-11 running back had 676 rushing yards on 132 carries (5.1 YPC) and six touchdowns. Additionally, Perine had a career-high 40 receptions for 262 yards and five touchdowns.

Over his four-year career at the University of Florida, the Mobile, Ala. native had 2,485 rushing yards, 674 receiving yards, and 30 total touchdowns (22 rushing).

When you search Perine’s highlights on YouTube, you will immediately understand why he is a fit with the Eagles.

As previously mentioned, he can catch the ball comfortably out of the backfield. Perine was utilized on halfback angle and flat routes, and screen passes at the University of Florida.

Staying with the passing game, Perine does an average job at pass protection but has room to improve in that department.

However, when it comes to running the ball, Perine showcased good vision along with patience. He does not do too much dancing with the ball and hits the running lane with conviction.

Unlike Scott and Sanders, who can pull away from defenders with their breakaway speed. Perine will not blow you away with speed as he ran a 4.6 40-yard dash at February’s NFL scouting combine. But he makes up that with his physicality.

Here’s what Lance Zierlein of NFL.com had to say about the former Florida Gator standout:

“Backup-caliber running back who fails to dazzle in any particular area, but who does enough of what’s asked of him and has the character traits to become a dependable pro. He’s most skilled in the early stages of the run, where his sticky feet and quick eyes help him find his initial rush tracks. But his lack of burst and second-level creativity make him more of a grinder than a playmaker. He has the play traits to compete for a backup role in a one-cut scheme, and his special teams experience improves his chances.”

That being said, if the Eagles were to use a third or fourth-round pick on Perine, they would be filling an essential need in their running back by committee system.