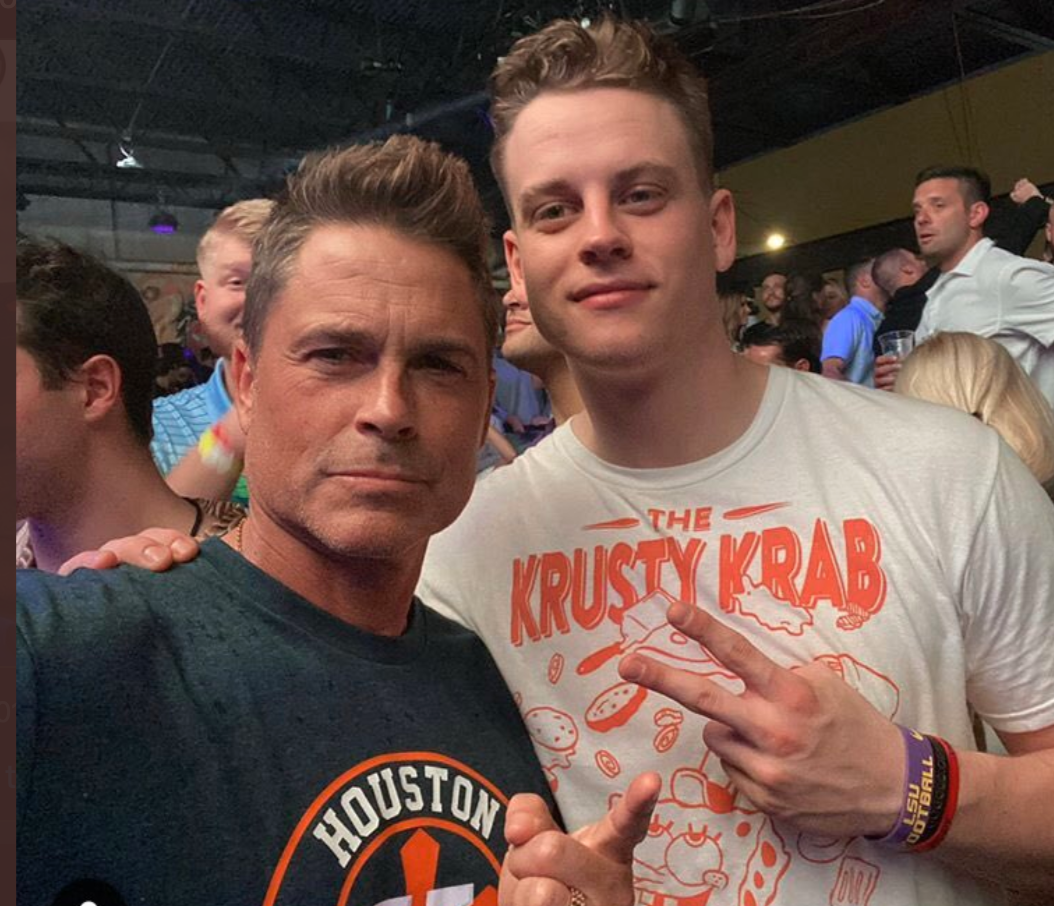 Rob Lowe is not only an extremely talented actor, but he’s also a passionate sports fan.

Having lived in the Los Angeles area for so long, Lowe has been a Dodgers fan, attending a few games in the past as well.

As such, he’s joined his fellow Dodgers aficionados in trolling the Astros. Fans have been feeling a bit cheated since the Astros beat them in the 2018 World Series — essentially denying them of a title.

So that’s why Lowe has been spotted out and about wearing “Houston Asterisks” shirts.

Rob Lowe is one of us 👀 pic.twitter.com/hXC0O9YXlt

Lowe is truly a man of the people.