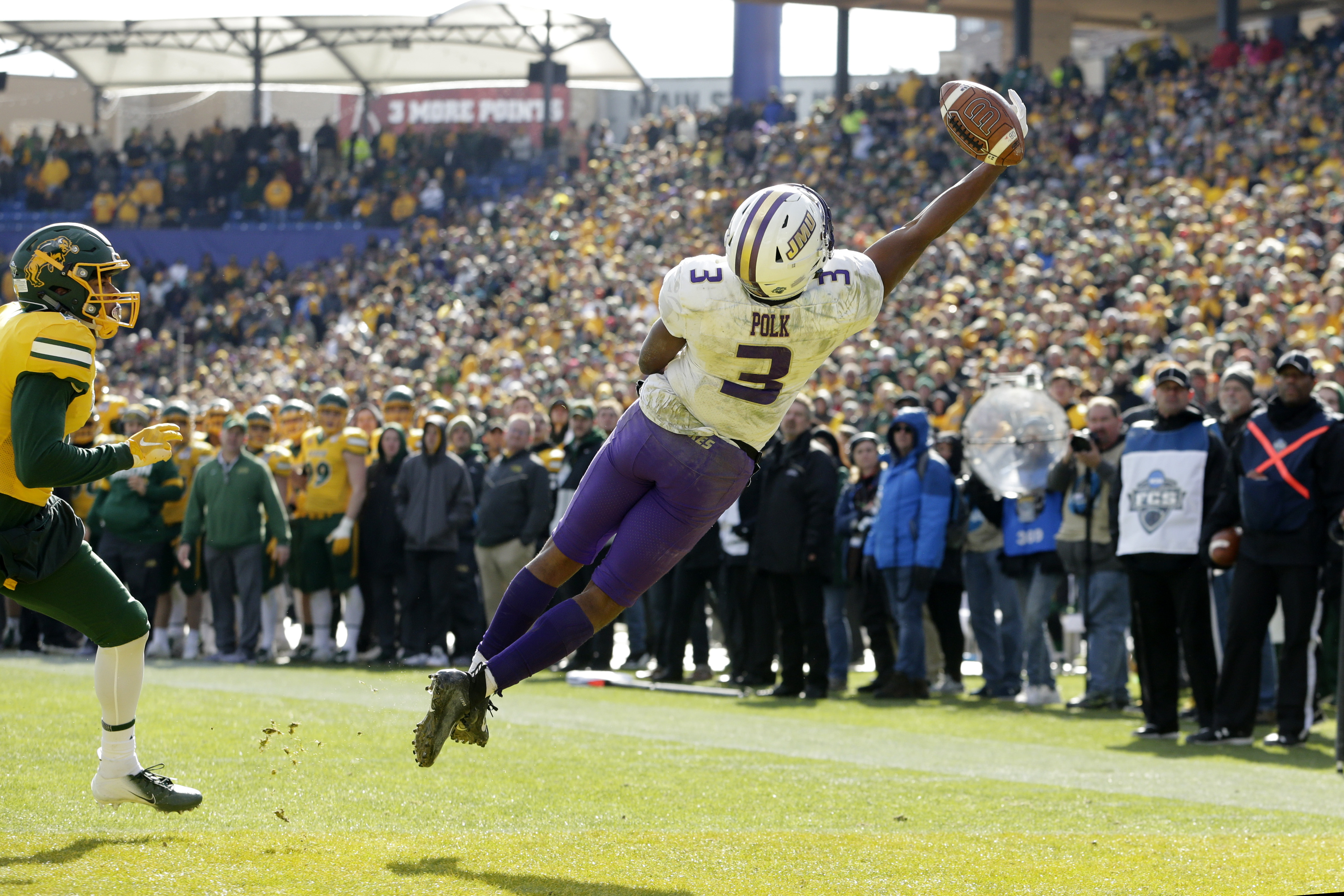 Polk talked about his unique draft process experience up to this point and where he has been training at for his mock pro day, where he ran a 4.28 40-yard dash (timed by former Atlanta Falcons exec. Ken Herock).

This past season for the Dukes, Polk had 74 receptions for 1,179 yards and 11 touchdowns.

The dynamic 5-foot-9 wideout also spoke about what led him to James Madison University, after spending four seasons at Penn State, how he was able to become an instant impact player on one of the top teams in the FCS, and more!