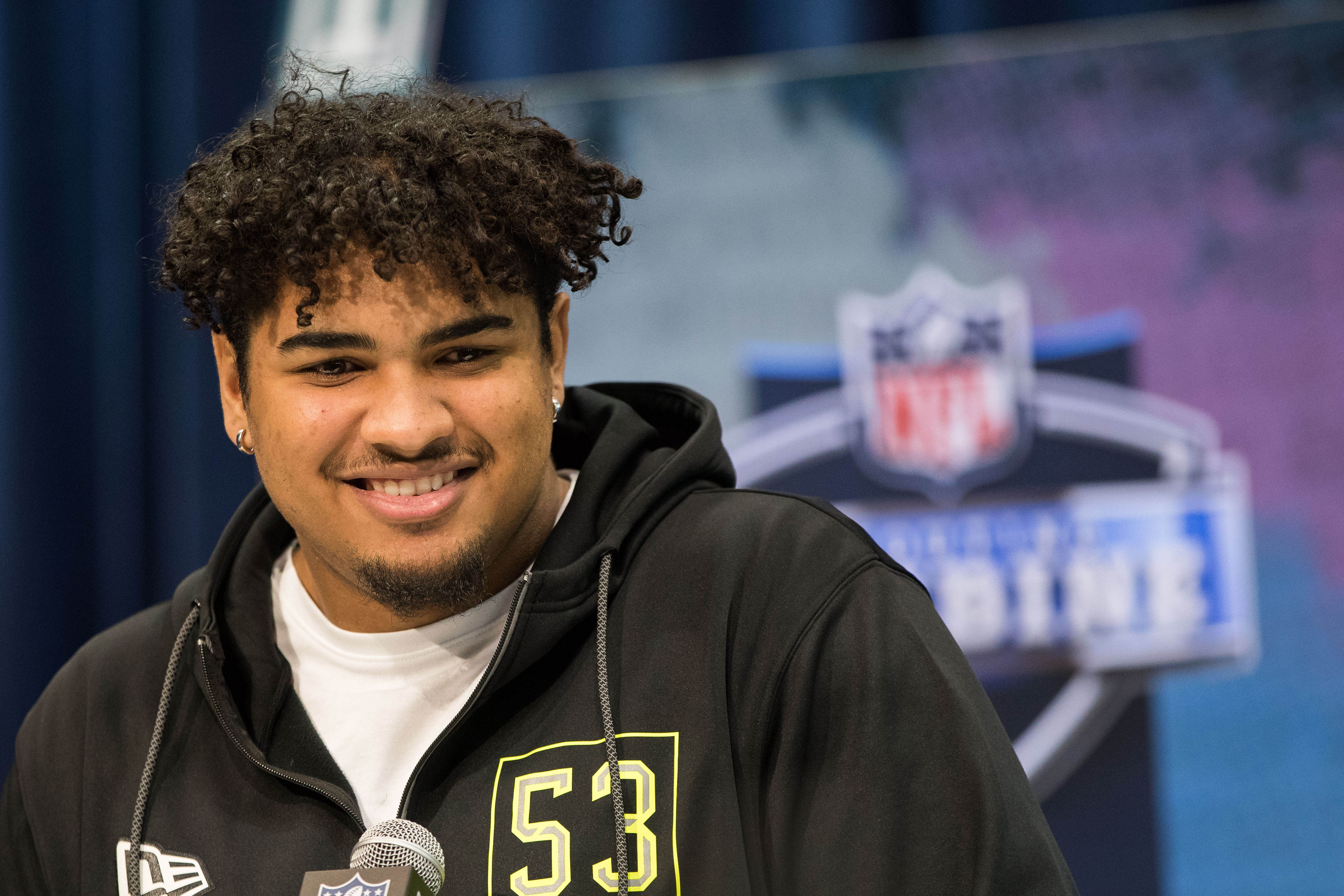 Tristan Wirfs is an extremely athletic offensive tackle, who will likely be an early selection in next month’s NFL Draft. Wirfs manhandled defensive ends across the Big 10 conference.

The 6-foot-5 offensive lineman does a great job staying on his blocks through the whistle, driving opponents down the field on run blocks, and stalwarts them in pass protection.

“I would play him at left tackle if I was still in the NFL,” Ferentz said.” Maybe that’s why I’m not, but that’s where I’d play him. Tackles are such a valuable commodity … at any level.”

Tristan Wirfs is a terrific blend of athleticism, awareness, and upside. With so many teams at the top of the draft in need of an OT, he should hear his name very early in April. pic.twitter.com/pyujZjz7DS

Furthermore, Wirfs has a fluid pass set that allows him to reach edge rushers without much of a concern. When locked in with a defender, he does a good job controlling their movement, holding his ground, and doing his part to create a clean pocket.

As previously mentioned, Wirfs’ frame and athleticism make the thought of putting him at another position in the NFL a viable option. Outside of tackle, Wirfs could fit in at offensive guard.

In recent years, Andrus Peat and Ereck Flowers were drafted into the league as tackles. But after struggling to block the plethora of top-notch edge rushers in the league, they found success at guard.

That being said, Wirfs’ athleticism makes him a different prospect than both Peat and Flowers. According to Pro Football Focus, Wirfs had a higher vertical jump than 30 of the 46 wide receiver prospects invited to the NFL scouting combine.

In regards to his weaknesses, consistently landing a strong punch is an area Wirfs will need to improve to succeed in the NFL. He sometimes fell victim to a quick-handed defensive lineman looking to beat him inside.

However, just like many young offensive tackles, Wirfs could go through some early growing pains. But his upside and natural ability make him one of the most exciting tackle prospects in recent memory.

With all that being said, Wirfs could find his way into the top-five of the NFL draft, if a team thinks he’s a can’t miss offensive tackle prospect. I have him graded as a top-ten pick due to some players from other position groups that will likely go ahead of him.

When looking at the draft order, the New York Giants at No. 4 or Miami Dolphins at No. 5 could be options for the former Iowa Hawkeye. However, should he fall past the top-five, Wirfs could be a good fit for the Jacksonville Jaguars at No. 9.

The Jaguars have a solid group of targets at receiver, but they don’t have a franchise tackle to protect now second-year quarterback Gardner Minshew moving forward.

Outside of those teams, the Cleveland Browns could be another landing spot for Wirfs. They have an opening at left tackle, opposite of their free-agent acquisition in Taylor Decker.

Wirfs would create a nice tackle duo with Decker, and similar to Jacksonville would be a franchise tackle for Baker Mayfield and his talented group of wide receivers.