Three Offensive Tackles the Packers Could Select in the First Round 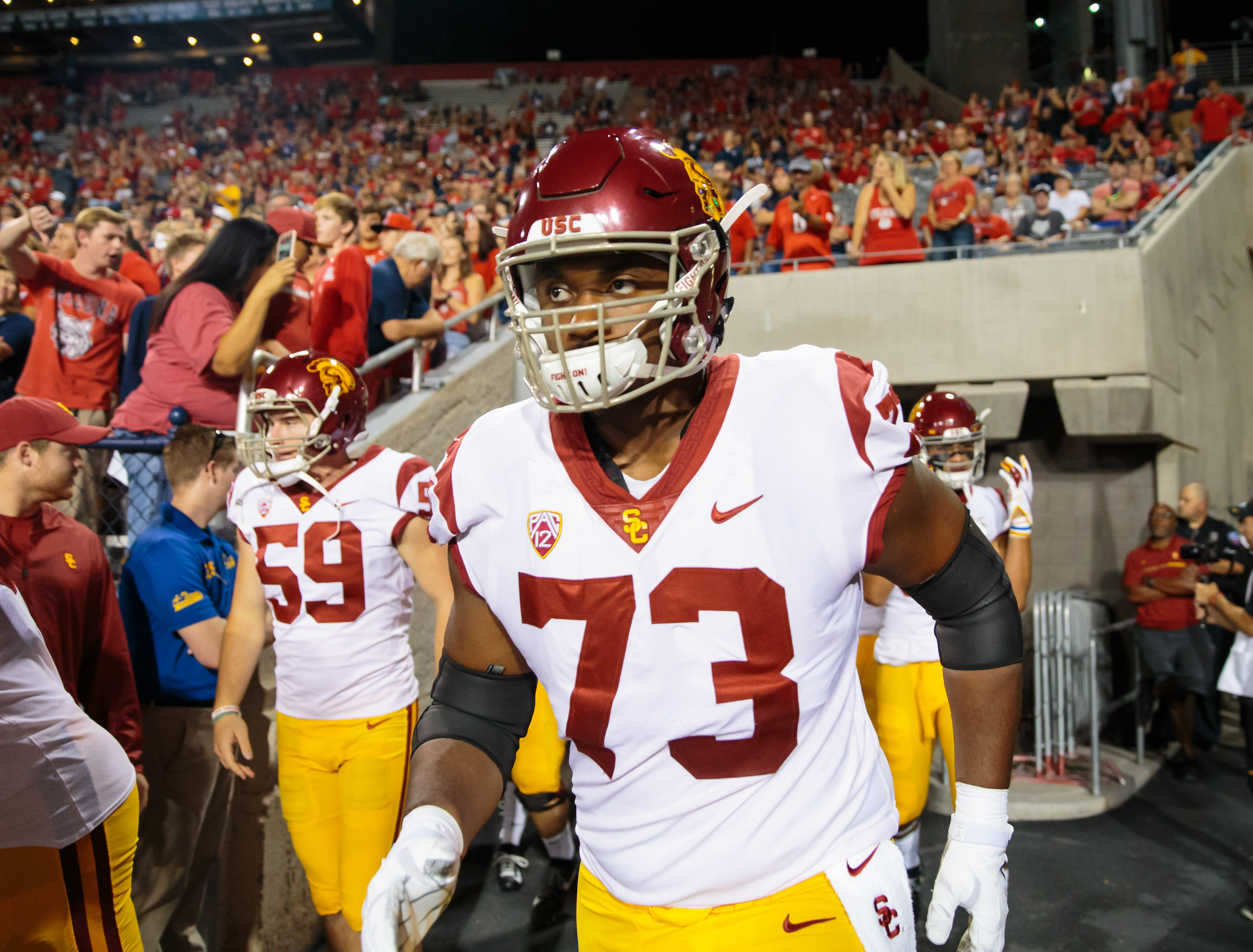 Three Offensive Tackles the Packers Could Select in the First Round

This is the first in a series of articles looking at players the Packers may be interested in selecting at this year’s draft. The only players listed here are realistic possibilities for the Packers to pick at 30 or if they trade up or down slightly from that spot.

In addition, starting left tackle David Bakhtiari has a contract that expires after the 2020 season so his future in Green Bay is uncertain. Bakhtiari will turn 30 early in the 2021 season and while the Packers have typically been reluctant to sign players to a third contract, they may make an exception for Bakhtiari who remains one of the best pass blockers in the league.

So here is a list of possible offensive tackles the Packers may take in the first round:

Wilson has great size at 6’6” and 340 pounds and he has all the tools to be an elite pass blocker in the NFL if he gets the proper coaching. His technique is a bit raw, especially against speed rushers, so Wilson may need a season to adjust to life in the NFL and to improve his hand placement and footwork a bit.

Wilson is strong, agile and quick, all qualities that make him a likely first-round pick in this year’s draft. He is also a determined pass blocker and tough player who is also a strong run blocker.

Most experts figure Wilson will go late first or early second round. Depending on how the draft plays out, the Packers may be able to select him at 30 or even trade back and grab him early in the second round, while adding more picks to help improve the team.

Jackson is turning pro after his junior season. The 6’6”, 310-pound prospect has quick feet and does a good job of mirroring pass rushers, something the Packers certainly require of their tackles.

Another of Jackson’s strengths is his ability to block in space on screen passes and plays he needs to pull or lead block or get to the second level.

One area he needs to improve on is his tendency to get a little too high in his stance which can allow defenders to gain leverage in one on one matchups.

Jackson will need some coaching and experience before he’s ready to excel at the NFL level, but he would be a good fit in Matt LaFleur’s offense where blocking in space is a valued trait.

Wirfs may be the highest rated player on this list but he is also the least likely to be on the board if the Packers stay at 30.

At 6’5” and 325 pounds, Wirfs was the top lineman in the Big 10 last season. He moves well and is quick off the ball, an important skill for any offensive tackle. His quickness allows him to neutralize speed rushers and helps him get an early advantage when run blocking. He is also sound in space which the Packers value.

Wirfs’ pass blocking is his best skill, something the Packers definitely need as Rodgers gets older and less mobile. He uses his hands well in pass blocking which helps him recover if he loses his angle on defenders.

Because of his sound technique, Wirfs may be able to start as a rookie. He is also capable of playing guard.

The Packers have a history drafting Iowa offensive linemen in the first round including Bulaga and Ross Verba.

The Packers probably would have to trade up to grab Wirfs, but if he falls to them at 30, they shouldn’t hesitate to grab him.