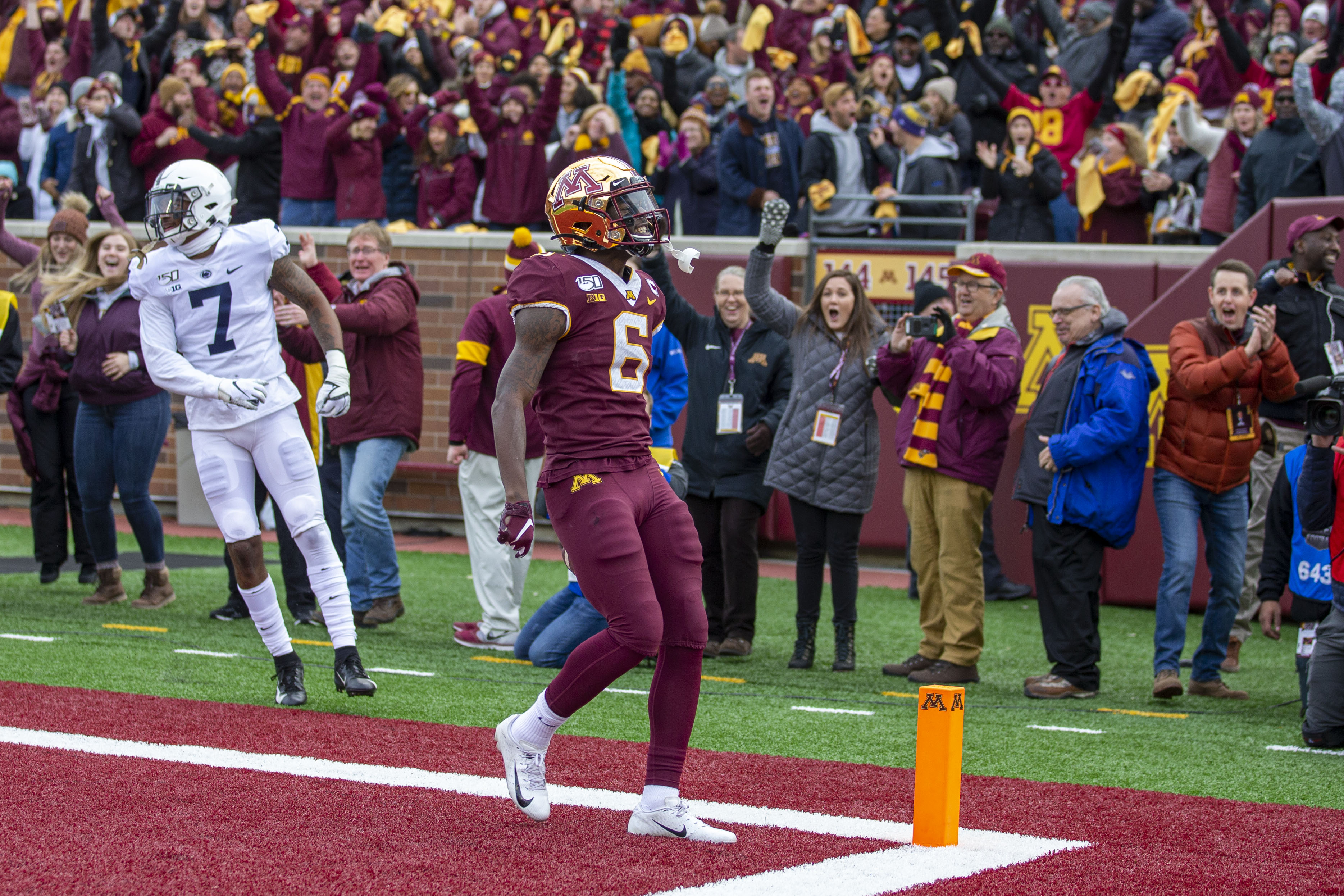 With the 2020 NFL Draft set to begin next Thursday, it is a great time to look at which mid-tier wide receivers could be of interest to the Philadelphia Eagles.

As we all know by now, the Eagles are one of the many wide receiver needy teams projected to take one possibly in the first round. Over the last few weeks, the team has been connected to former LSU standout Justin Jefferson with the No. 21 overall pick.

However, with Jefferson’s buzz picking up, there’s a possibility that the Eagles could draft Denzel Mims or trade back in the first round to address another position of need.

That being said, the Eagles must come out of the draft with at least two wide receivers. Luckily for them, they have five picks at their disposal between rounds 3-5 in the draft.

Here are three under the radar prospects who could help upgrade Philadelphia’s wide receiver depth chart.

If the Eagles are fortunate to get Jefferson at No. 21, who ran a 4.43 40-yard dash or Mims, who ran an astonishing 4.38 at the NFL scouting combine. Then they could use a third or fourth-round pick on former University of Minnesota wide receiver Tyler Johnson.

Johnson had a record-breaking senior campaign in 2019 for the Golden Gophers. He recorded 86 receptions for 1,318 yards and 13 touchdowns in 13 games (all single-season program records).

The 6-foot-1 wideout also had seven 100-yard receiving games and averaged 15.3 yards per reception. With those types of stats, Johnson was named to the All-Big 10 First Team for the second-straight season.

When you watch Johnson’s highlights on YouTube, you will see that he can lineup both outside and in the slot. However, with his lack of speed and explosiveness, Johnson projects to be a slot wide receiver in the NFL.

The two-time All-Big 10 wideout is a solid route runner, who can stretch the field, hence his 15.3 YPC average. Johnson also knows how to find the hole in zone coverage and will make the tough contested catches.

With Nelson Agholor now in Las Vegas, Johnson would be a viable replacement in the slot.

Staying in the Big Ten, Ohio State’s K.J. Hill is another slot wide receiver, who isn’t the flashiest but gets the job done just like Johnson. Hill had an incredible collegiate career with the Buckeyes that saw him become the school’s all-time receptions leader (201) in 2019.

He did this while playing next to Terry McLaurin and Parris Campbell, who heard their names called in last year’s draft. However, unlike McLaurin and Campbell, Hill will not blow you away with his speed.

Instead, he is a fluid route runner, especially on drags and crossers. The former Ohio State standout also does a good job of tracking the ball in the air and has reliable hands.

Finally, if the Eagles are looking for a red-zone threat in the middle rounds, then Liberty’s Antonio Gandy-Golden is their guy.

The 6-foot-4 wide receiver is a mismatch problem for opposing teams’ defensive backs. Last season with the Flames, Gandy-Golden recorded 79 receptions for 1,396 yards and 10 touchdowns in 13 games. He also had a yards per catch average of 17.7.

When you watch Gandy-Golden’s highlights from the over the last two seasons, you will notice how he uses his height to high point the football.

His ability to do this reminds me of when Alshon Jeffery was with the Chicago Bears. The Georgia native also does an adequate job of attacking the football in the air and coming towards the ball on wide screens.

NFL.com analyst Lance Zierlein compared Gandy-Golden to Miami Dolphins wide receiver DeVante Parker. If that’s the case, then the former Liberty standout is worth using one of their three fourth-round picks on.