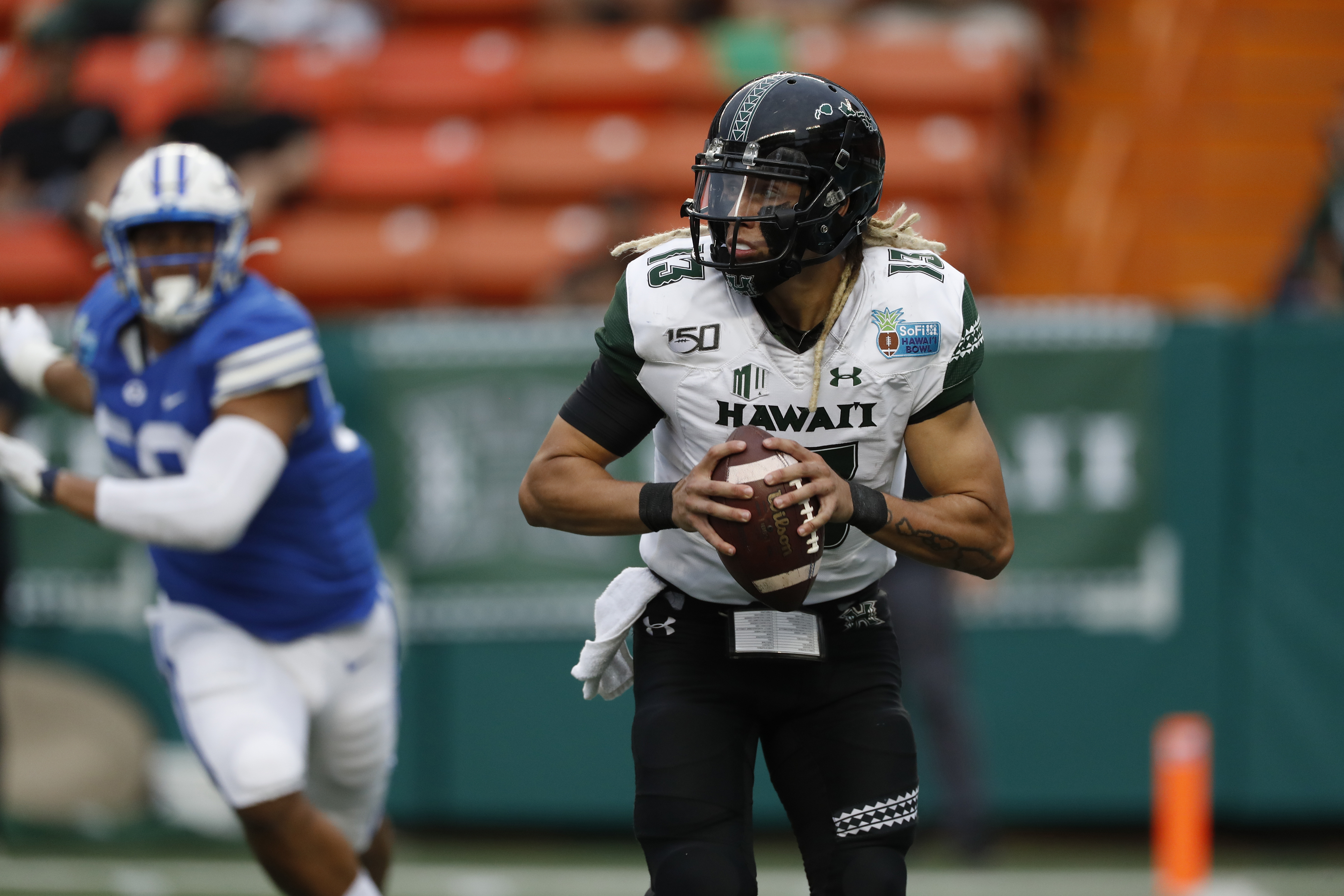 After dropping the ball with the selection of Clayton Thorson in the 2019 NFL Draft, could the Philadelphia Eagles be looking to bring another developmental quarterback in the 2020 NFL Draft?

It’s actually a strong possibility. Earlier this month, Yahoo Sports’ Eric Edholm reported that the Eagles have done some homework on the quarterback class and believes they’ll take one on Day 3.

Throughout the draft process, the Eagles have been connected to various signal-callers such as James Morgan (Florida International), Shea Patterson (Michigan), and Steven Montez (Colorado).

However, there’s another quarterback from the Mountain West Conference, who is on Philadelphia’s radar. In an interview with KITV Island News, former University of Hawaii quarterback Cole McDonald said that the Eagles, Jets, and Titans are recruiting him the hardest right now.

Currently, McDonald is a fringe Day 3 selection/possible UDFA. He played in a high-powered spread offense and can toss the football around the field.

Last season as a redshirt junior, McDonald completed 63.8 percent of his passes (career-high) for 4,135 yards, 33 touchdowns, and 14 interceptions. He also had 383 rushing yards and seven touchdowns.

Over his three-year career on the big island, the 6-foot-4 signal-caller completed 61.4 percent of his passes for 8,032 yards, 70 touchdowns, 24 interceptions, with a quarterback rating of 147.6.

Here’s what NFL.com draft analyst Lance Zierlein had to say about the former Rainbow Warrior:

“Next up from the pass-happy Hawaii offense with good size and impressive touchdown production over the last two seasons as a starter. While he can read defenses and throw with touch, he doesn’t have the timing or ball placement to make up for his weak arm. He needs to work to a condensed field as a pro, but even then, jumpy cornerbacks could feast since he struggles to work with consistent anticipation to limit contested throws. He’s a decent athlete, but it’s not enough to offset his throwing deficiencies.”

Based on this scouting report, McDonald needs some more development to become an NFL quarterback. Luckily for him, the Eagles would be a perfect landing spot to learn from head coach Doug Pederson and starter Carson Wentz.