Four Cornerbacks the Packers Could Draft in the First Round 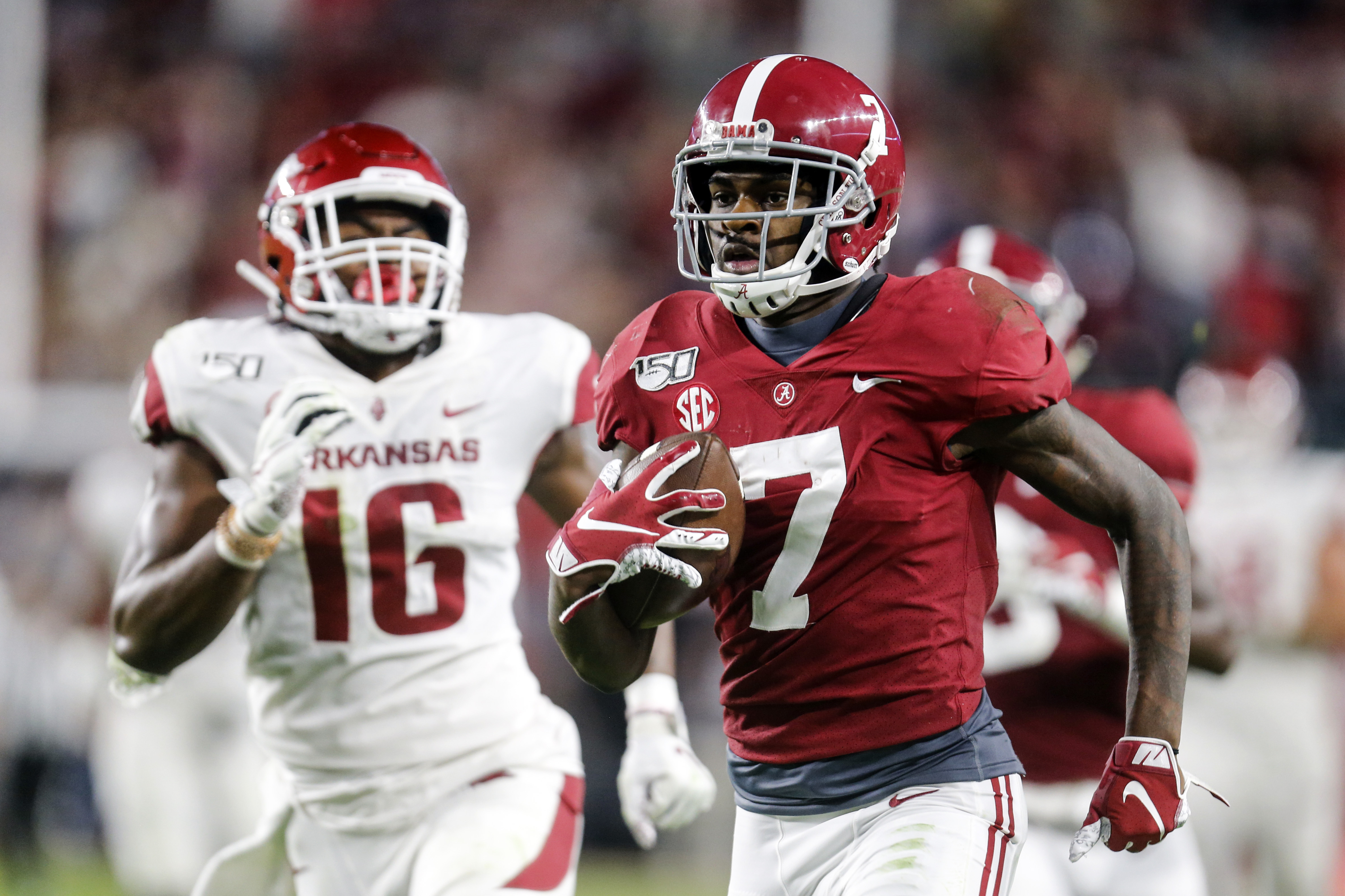 Four Cornerbacks the Packers Could Draft in the First Round

Today we will examine cornerbacks since the Packers have some issues at that position looking forward. Jaire Alexander is close to becoming an elite corner and should be part of the Green Bay defense for years to come. However, the other starter, Kevin King, is scheduled to be an unrestricted free agent after 2020 and the Packers may not be able to re-sign him depending on their available cap space and his contract demands. Nickel back Tramon Williams has yet to re-sign for 2020 and he’s already the oldest DB in the NFL although he played quite well in that role last season. Presently, the Packers also have dime back Chandon Sullivan, second-year man Ka’Dar Hollman, former second-round pick Josh Jackson and camp standout Kabion Ento available for depth.

The Packers need to bolster this position and may be looking to groom King’s eventual successor if they grab a cornerback in the first round. Either way, Green Bay needs to add some depth at this position as this is a passing league and stopping the pass is the key to successful defense.

So here is a list of possible cornerbacks the Packers may take in the first round:

Diggs has the size that the Packers prefer in their cornerbacks. He’s 6’2” and has long arms that allow him to reach for contested balls and play well in physical confrontations. Defensive coordinator Mike Pettine likes DBs who can play in press coverage and Diggs certainly is capable. He also does a good job of reading quarterbacks and figuring out where the ball is going to be.

Diggs’ biggest shortcoming is simple lack of experience. He is a converted wide receiver and needs work on his overall technique and needs to use his hands less obviously which could draw a lot of defensive holding penalties in the NFL.

Overall, with experience and the right coaching, Diggs can become a number one corner in the NFL.

Henderson can also play well in press coverage something the Packers always seek. He is athletic and has good size at 6’1” and 205 pounds.

Henderson’s best asset is his ability to play well in man coverage. He has a high football IQ and knows how to read plays as they develop.

The area he needs to improve in most is his tackling. He is a willing tackler but doesn’t always play aggressively against the run, especially when the play is not directed at him.

Overall, Henderson should develop into a very good starter after a year or two of polishing and would be a strong pick late in the first or early in the second round.

Dantzler has the height and size that the Packers prefer in cornerbacks. He didn’t play much press coverage in college but did well at it when he was asked to.

Dantzler was versatile at Mississippi State, playing both corner and safety. This will help quicken his adjustment to the NFL and should make him more comfortable playing in the slot or as a nickel or dime back early in his career.

The biggest concern about Dantzler is that he has stiff hips and cannot always keep up with the double moves and cuts made by top-flight NFL receivers. He also tends to drop too many potential interceptions.

Dantzler will need a season or two to work on his technique, but he should become a quality starter in short order.

Terrell is another big corner who is adept at playing press coverage and should fit well into the Packers defensive system. Terrell has good closing speed and that helps him recover if he gets a step behind early in a play.

Another thing Terrell does well is read receivers and anticipate their cuts. That helps him get into the best possible position to break up passes and make interceptions. Terrell does a good job of battling for contested passes and has a nose for the football that leads to turnovers.

He does need to work on being less hands on downfield, which he tends to fall back on when he gets beat. He also needs to improve in zone coverage, something he didn’t have to do too often at Clemson.

Terrell should develop into a good NFL corner after a year or two of seasoning.