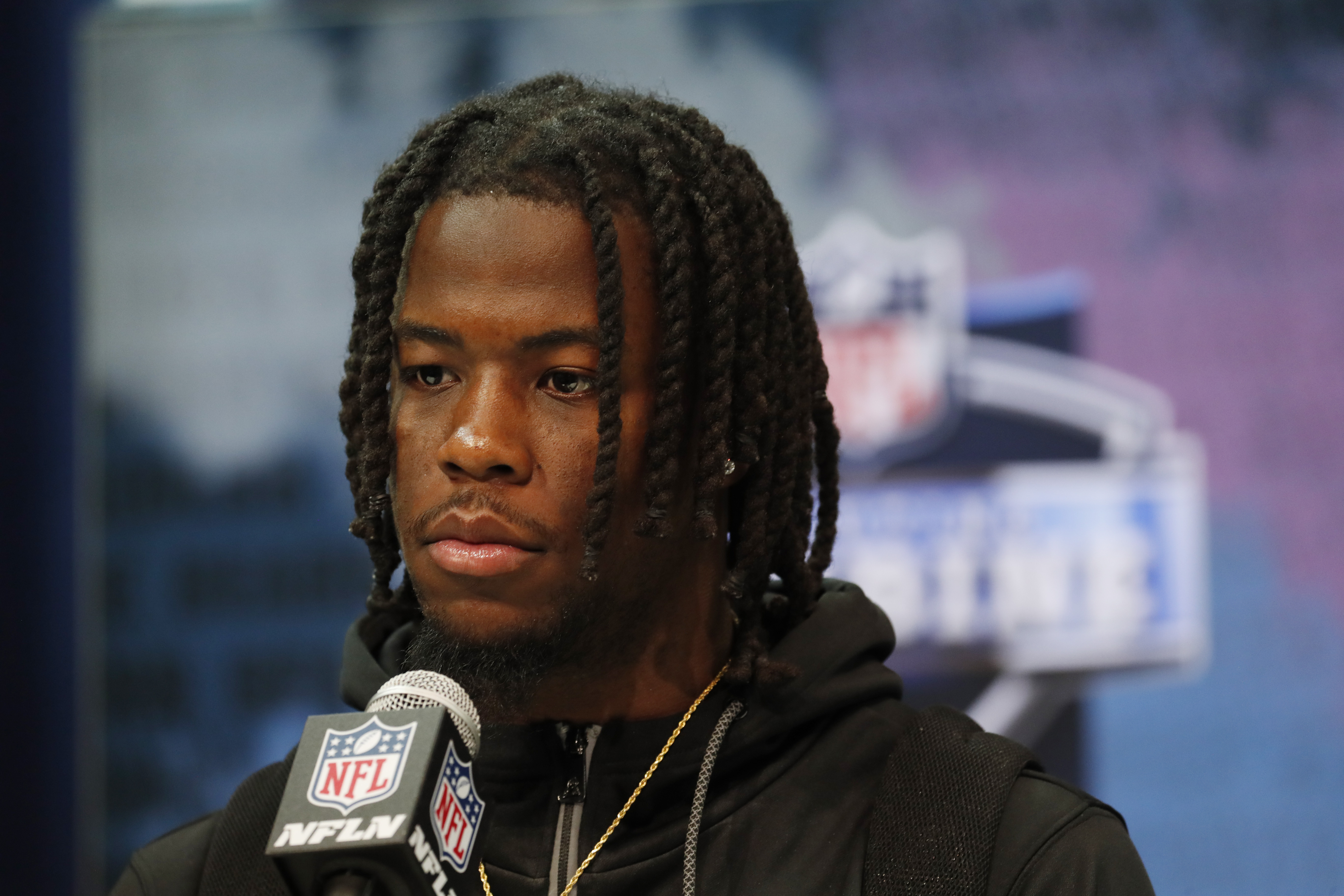 The San Francisco 49ers are the latest NFC Champions trying to prove Super Bowl hangovers aren’t real. They will enter the draft with a couple of first-round picks but no selections until the fifth round.

On one hand, the 49ers return much of their nucleus and most of their starters. That means they can splurge their draft capital on the best player available since they don’t have a ton of immediate needs.

The bad news, they lost a lot of complementary players in their front seven as well DeForest Buckner and Emmanuel Sanders who were starters in the big game.

San Francisco might need to address those positions in the draft as well as find upgrades in the secondary and offensive line. Finding that help becomes a lot easier if the 49ers move back and add additional picks in rounds 2-4.

Many speculate the 49ers will spend this first draft pick to address the gap left by Sanders. They’re in the perfect spot to get one of the best receivers or corners. That means CeeDee Lamb, Henry Ruggs III and Justin Jefferson will all warrant consideration as well as a corner like C.J. Henderson or Jeff Gladney.

They could also find a defensive lineman or offensive tackle to increase their team’s strength and prepare for the future. However, this time they grab a player who can help them immediately.

Jeudy is renowned as the best route runner in this class and he brings speed, production and physicality. Some have called him a bigger Amari Cooper without the drops which sounds perfect for the 49ers’ needs. This Alabama prospect would eat up a lot of the intermediate work as well as stretch the field opposite Deebo Samuel.

Another reason why the 49ers lost the Super Bowl was their mismatches in the secondary. Adding a corner like Jaylon Johnson gives them a big corner who can start inside or outside.

He was a two-year starter at Utah and he brings the competitive toughness and athletic trait to fit into the 49ers’ culture. At worst, he could do well studying under Richard Sherman for a year or two.

Again, San Francisco might be tempted to select a defensive lineman or offensive tackle who might tumble down the board. However, this might be their only hope to secure a corner with starting capabilities.

Heck was a starter at North Carolina and played solid in the Senior Bowl. He is a developmental tackle who started playing tackle mostly in college so he still needs to tighten up his technique.

However, he’s got the size and athleticism to anchor the left side given some development. Why not give him that chance behind Joe Staley another year?

Jones projects as a stout nose tackle who can play in multiple fronts at the next level. His height and athleticism won’t jump out at anyone but he is a physical and instinctive player who could find a role stuff gaps on run downs. This is closer to the top end of Jones’ value.

Nonetheless, it makes sense for the 49ers who lost a few pieces of their d-line rotation in the last few years. San Francisco pounces on the true nose who was productive in the SEC as well as the Senior Bowl.

Edge is not an obvious need for the 49ers because they are deep with Bosa, Ford and Armstead. However, I can see them sliding Armstead to the inside more with Buckner gone.

Wonnum gives the 49ers some added flexibility and depth on the edge for passing downs. He offers good hands and natural length to make him an option on pass-rushing downs and he could develop into a starter. That’s a great value this late in the draft.

Walker played inside and outside linebacker in a hybrid scheme with Freson St. He brings the size and speed to contribute on special teams right away and Walker could develop into a starter for the 49ers in a few years. The former Bull Dog is from Northern California too which makes this a great story.

Here is another high upside defensive prospect who can develop into something given his production and traits. Sneed played safety for three years in college but he also brings the speed to play corner. He also has the size to play inside and outside which is valuable for the 49ers defense especially at this point in the draft.