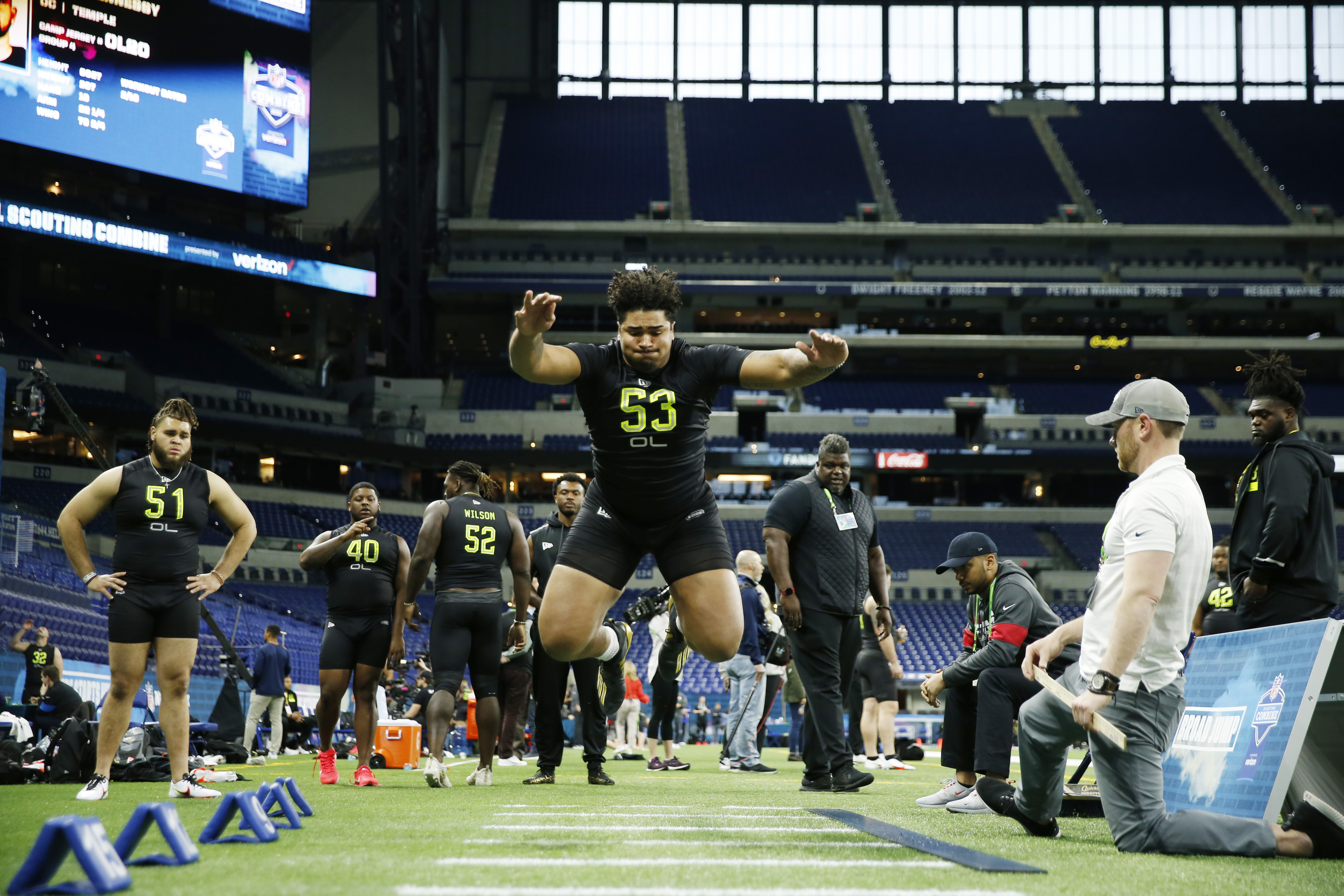 The Cardinals were ascending last year as quarterback Kyler Murray finally gave them a real playmaker at signal caller. Arizona took that growth even farther with aggressive moves in the trade market and free agency.

They do not have many glaring leads but they do play in a very tough division. Arizona can afford upgrades along the offensive line and edge. The Cardinals could also use a starting tight end and some added depth in the secondary.

Overall, the Cardinals will capture a lot of interest as the team to go from first to last but they need to continue adding instant contributors in the NFL Draft to maintain that momentum.

Wirfs earned a lot of interest with his measurables at the NFL Combine. However, he was a highly productive player at Iowa. Wirfs mainly played right tackle but offers the athleticism to slide inside or move over to the left side. This is why he is so highly rated.

It is also exactly the versatility the Cardinals need on the offensive line. His athleticism also makes sense for the kind of offense Arizona employs even if there are other tackles available. It will also help whoever the Cardinals start at running back.

Otherwise, the Cardinals could easily consider one of the top defensive backs in this spot. However, they could regret passing on a generational tackle like Wirfs.

Chinn is another impressive athlete with a good resume. He’s made a name for himself throughout this draft process and he could be a nice safety compliment beside Budda Baker.

He could play coverage linebacker in addition to strong safety because of his size, speed and athleticism. Chinn might take some time to develop but he could contribute on special teams right away and develop into a long-term starter.

Nonetheless, the Cardinals could consider a starting tight end or some added edge rusher. However, Chinn probably offers more upside and as much production as anyone else at this spot.

Moss is big physical back with production and versatility to get drafted much higher. Nonetheless, Moss could be the steal of the draft at this point. He could also compliment the speed of Kenyan Drake very well.

Again, the Cardinals still have other obvious needs but adding a physical and versatile runner like Moss gives them a back to wear down NFC West defenses.

Hopkins brings the traits to start at tight end. He will need some development as a blocker and needs to work on his drops. However, Hopkins potential is worth the gamble at this spot as a flex tight end who can give them another element on offense.

Robinson II is another player with high upside and good value at this point. He will need some development but his size and production could help him translate to the next level while contributing on special teams.

Williams won’t jump out with his traits but he was a productive and physical blocker in college. He could push for some playing time which is valuable this late in the draft. Williams was the best player available eventhough the Cardinals still need help on the edge.