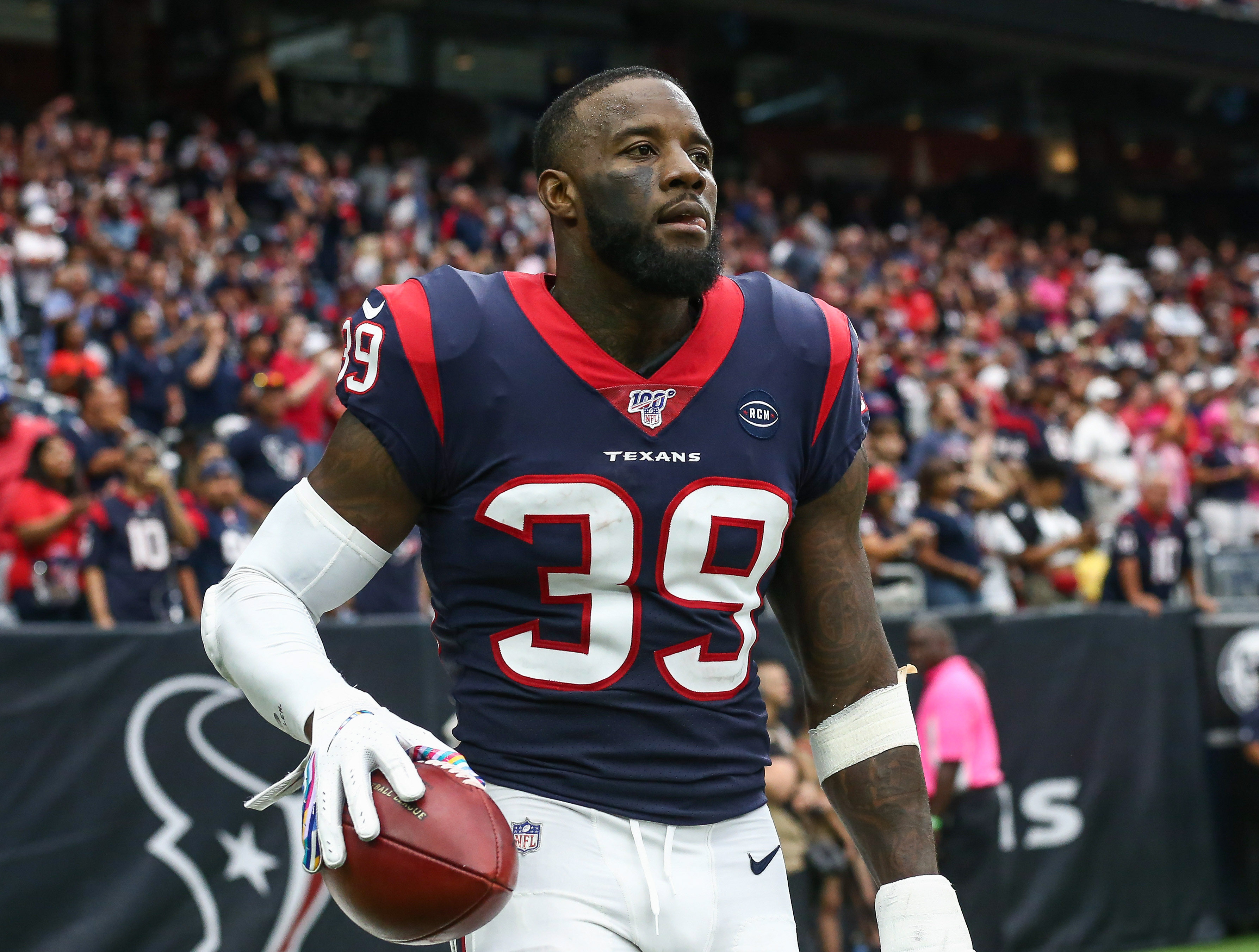 According to Larry Mayer of chicagobears.com, the Chicago Bears signed safety Tashaun Gipson Sr. of Waynesville, MO, to a one-year contract on Friday. Financial terms have not yet been disclosed.

The Bears become Gipson’s fourth National Football League franchise. He has previously played for the Cleveland Browns (2012 to 2015), Jacksonville Jaguars (2016 to 2018) and Houston Texans (2019).

Of Gipson Sr.’s three interceptions, one was for a touchdown. It came in a 53-32 Texans win over the Atlanta Falcons on October 6. Gipson Sr. picked off a Matt Ryan pass attempt with 39 seconds left in the football game and ran for 79 yards, which gave the Texans a 21 point lead. Gipson Sr.’s other interceptions in 2019 came in a 31-24 Texans win over the Kansas City Chiefs (zero yards) on October 13 and in a 38-24 Texans loss to the Denver Broncos for 26 yards on December 8.

Gipson’s finest NFL season came in 2014. That season he represented the Browns in the Pro Bowl and led the NFL in interception yards (158). Gipson Sr. also had a career-high six interceptions, one interception for a touchdown, one forced fumble, 52 combined tackles (28 solo tackles and 24 assisted tackles), and two tackles for a loss.

In Gipson’s eight-year NFL career, he has played in 112 games and started 104 of them. He has 23 interceptions for 550 yards, three touchdowns from an interception, one forced fumble, one fumble, one fumble recovery, 450 combined tackles (327 solo tackles, and 123 assisted tackles), 13 tackles for a loss and four quarterback hits.

It is expected that Gipson Jr. will be the Bears starting strong safety in 2020. He is projected to play alongside free safety Eddie Jackson of Lauderdale Lakes, FL.