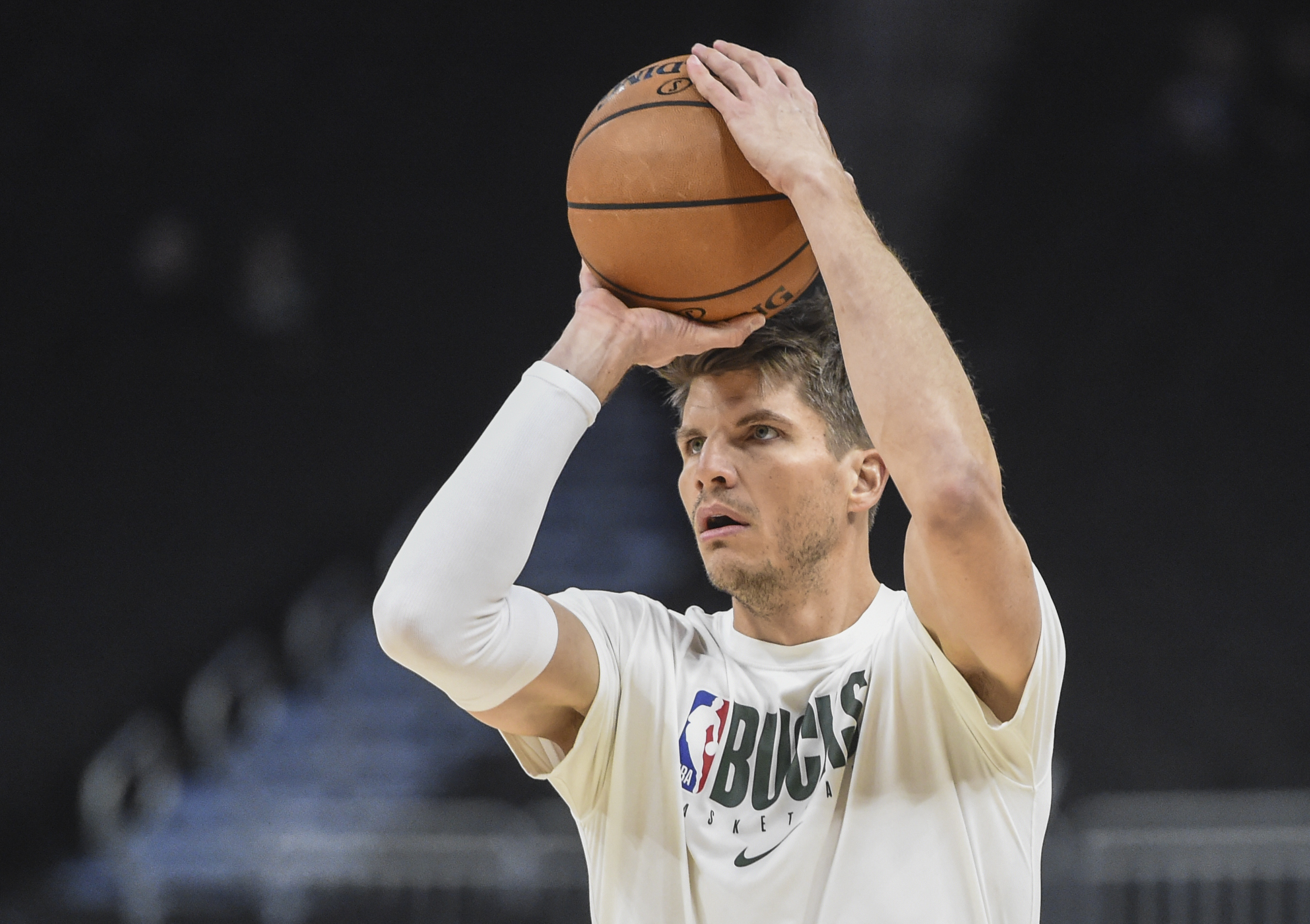 The NBA may have suspended play for the 2019-20 season, with at least six weeks remaining until games start up again, but the Bucks’ oldest player has still apparently been keeping in shape — on some level.

Three-point specialist Kyle Korver is 39 years of age, which makes conditioning a bit difficult, but don’t think for a second that he hasn’t been keeping his shooting form sharp.

Korver is most beneficial to the team for his ability to come off the bench and stretch the floor with his perimeter shooting prowess, which helps open up the paint for Giannis Antetokounmpo. So that’s why he was asked if he’s been able to keep shooting hoops during the coronavirus quarantine.

Apparently, he has, and he threw in a funny zinger about his size in doing so.

“My neighbor has a hoop, but it’s only 7-feet tall,” Korver said, during an interview with WISN. “I shot a few times with my kids but I’m not sure if it made me better. But I got to dunk some, so that’s fun. I don’t get to do that normally.”

He may stand only six-foot-seven, but we still believe Korver can throw it down if he really wants to, even at his age.