Phillies select Mick Abel in first round of 2020 MLB Draft 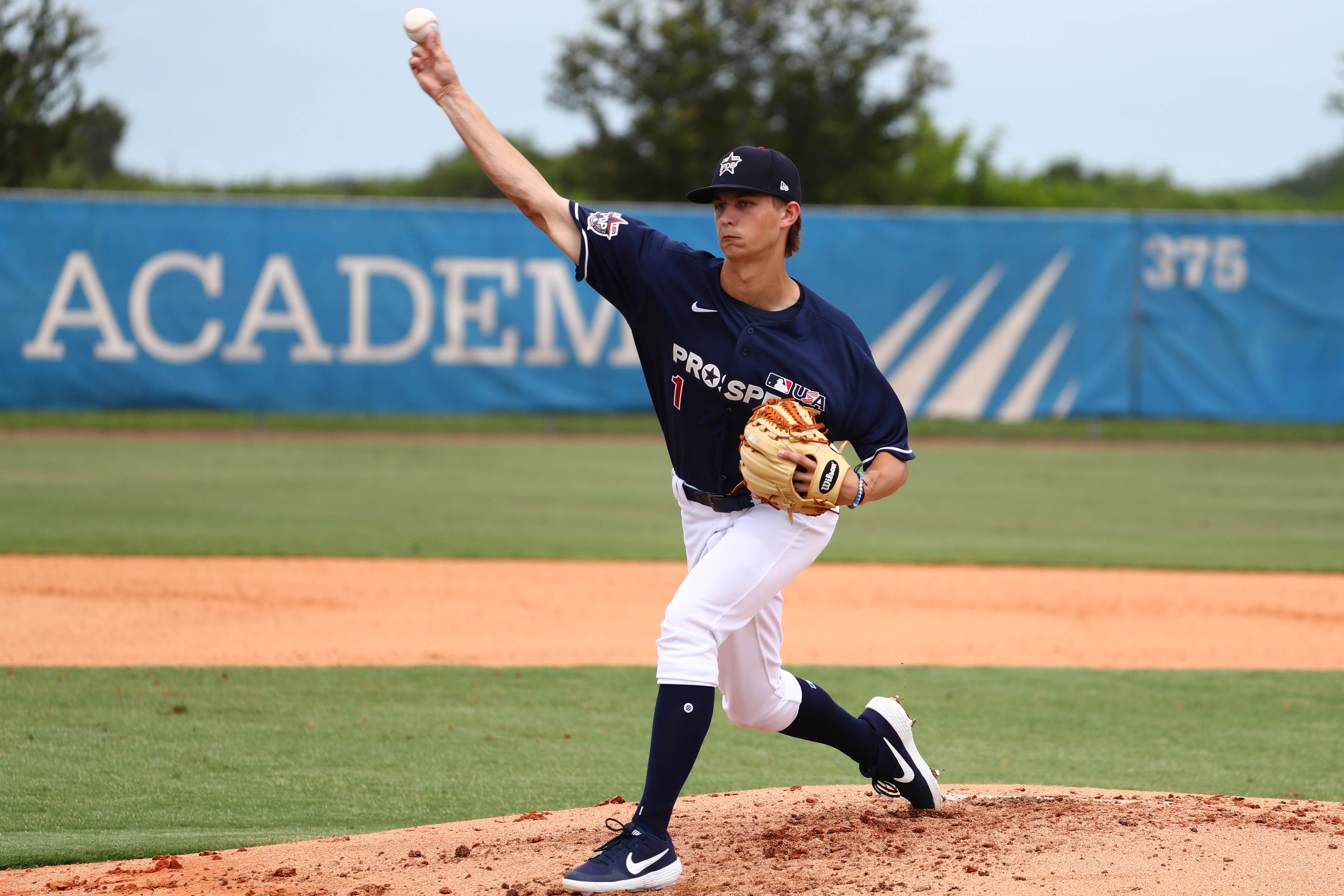 Phillies select Mick Abel in first round of 2020 MLB Draft

With the 15th overall pick in the 2020 MLB Draft, the Philadelphia Phillies drafted right-handed pitcher Mick Abel on Wednesday night.

Abel is a 6-foot-5, 18-year-old prospect from Jesuit High School in Beaverton, Oregon. His fastball reaches between 93-95 mph and will only improve as he progresses through the minor leagues.

Abel and every other high school prospect had their senior seasons canceled due to the COVID-19 pandemic. Pitchers make massive strides in their development during a calendar year, especially in high school.

Therefore, it’s exciting to let your imagination run wild on how well Abel would have pitched if high school baseball played a full season this spring.

Abel was named the Gatorade Baseball Player of the Year in 2019 and 2020. He committed to Oregon State but is expected to sign with the Phillies, and forgo his commitment like many other first-round picks.

Despite being a first-round selection, whose player comparison is Justin Verlander of the Houston Astros, the Phillies will take their time developing Abel over the next few years.

His frame and high-speed velocity give him the natural intangibles to be an extremely exciting prospect.

Furthermore, the time he’ll spend working with the Phillies coaching and strength staff will make him a better major league pitcher. Last offseason, Abel gained 18 pounds in the weight room.

Outside of Abel’s blazing fastball, his slider and curveball are strong pitches that can keep hitters off balance. He’ll have time to improve his offspeed stuff and could potentially add more pitches to his repertoire before he gets to the show.

Like I said… Mick Abel is nasty. It’s going to take him a bit before you see him in Philadelphia. Huge upside though. pic.twitter.com/ts3o46rmRG

Now THIS is a fun bullpen.

Abel is touching 100 mph this spring 👀

Nevertheless, it may be a while before minor league baseball games are being played. But all eyes will be on Abel whenever he makes his minor league debut.

Depending on when the minors return to action, the former Jesuit HS standout could play in either rookie ball or some form of Single-A baseball.

High school players always pose more of a question mark than older and more experienced college players, but there are certainly a lot more questions this year because each player missed their senior season.

Rounds 2-5 of the 2020 Major League Baseball draft will be held on Thursday at 5 p.m. EST on MLB Network.