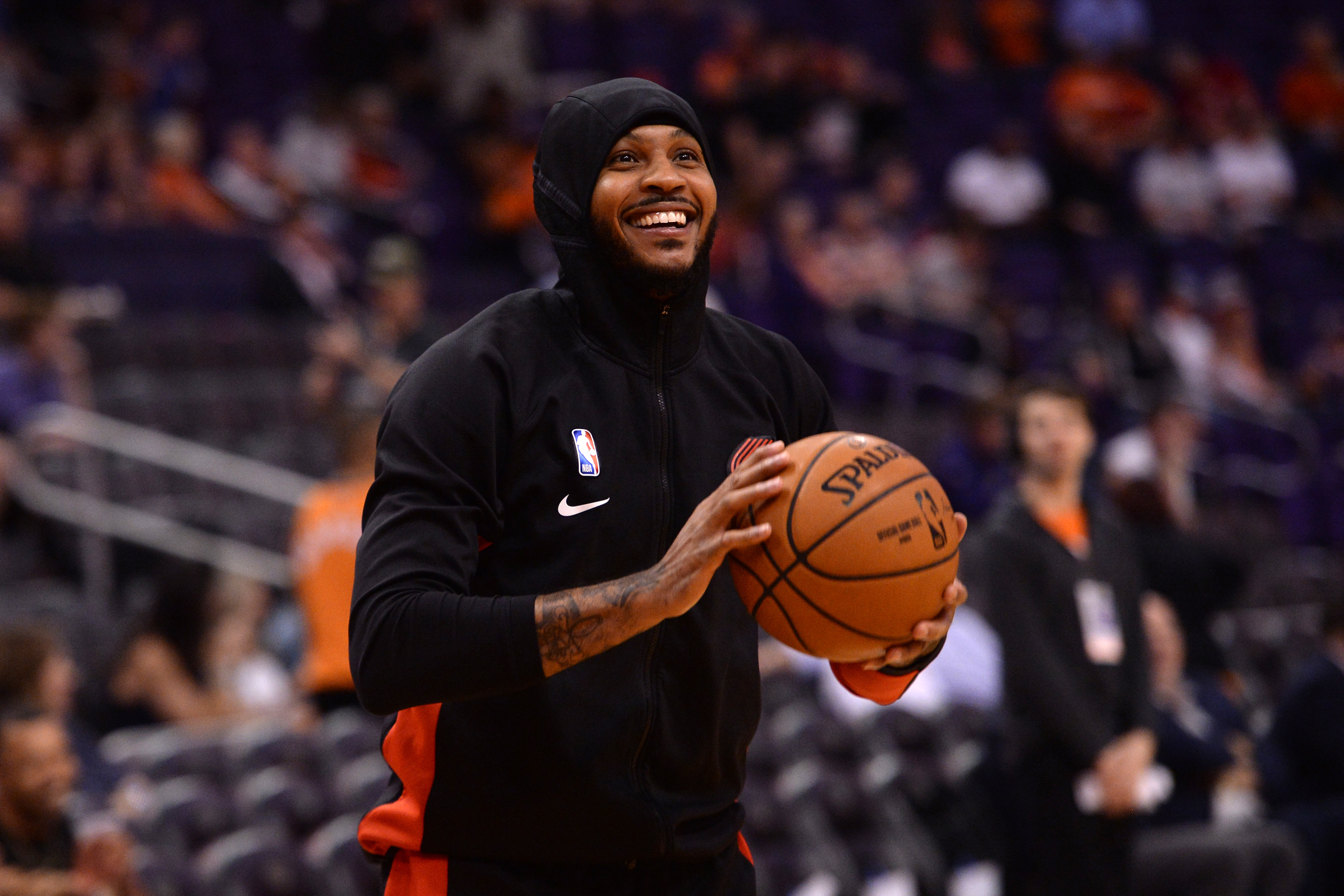 Details about exactly how the NBA’s season restart will look continue to come out, and, well, let’s just say the league’s players aren’t exactly thrilled about the idea of spending nearly two — if not three — months in a bubble.

And that’s understandable, as the money is great, but not many people would sign up for giving up their summer — and leaving their families — just to sit in a hotel room for the majority of the day, with some hooping and workouts included as well. It’s not attractive for players, nor is it for coaches and media members, either.

But that’s how it’s going to shake out, with more details still emerging, as the NBA must do whatever it can to prevent its players — and everyone else around them — from getting infected with the coronavirus.

And if you ask Carmelo Anthony, well, he simply may not want to go to Orlando for this bubble-tournament, which he revealed during a live stream with Turner Sports.

“As far as actually playing and going back down into Orlando, I’m still up in the air a little bit because I really don’t, we don’t have all the details.” Anthony said, as transcribed by USA Today Sports. “We don’t know a lot of information, so until we have that, it’s hard to just commit to that 100 percent.”