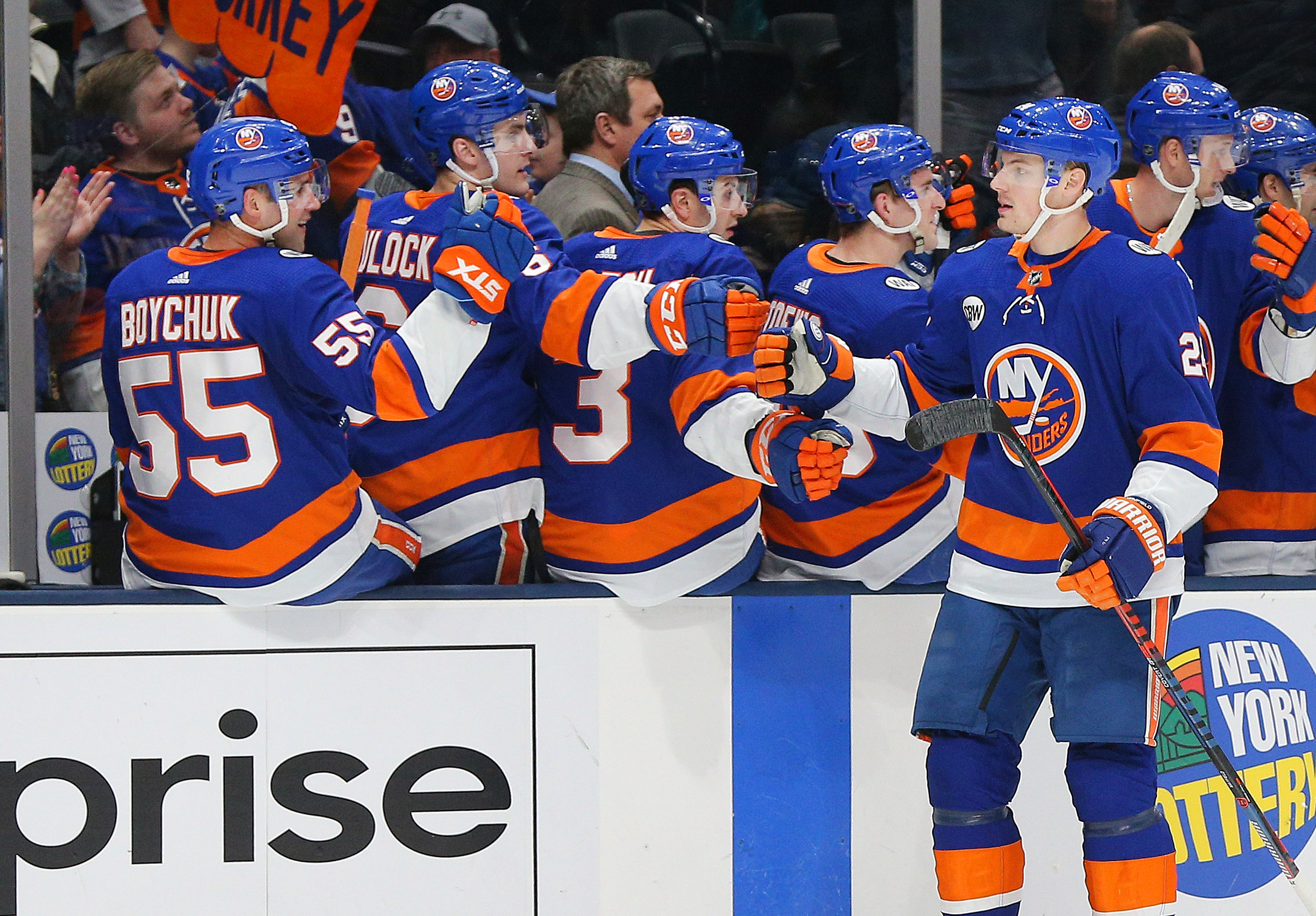 When the Islanders get back onto the ice they’ll have as good a chance as anyone else to win the Stanley Cup, defenseman Scott Mayfield believes.

The Islanders were 35-23-10 when the season came to an abrupt halt on March 12 due to the outbreak of COVID-19. They sat a point back of a playoff spot and had to deal with a handful of costly injuries.

However when training camps open up in July to restart the NHL season, the Islanders will have their full roster back and healthy, which includes defenseman Adam Pelech.

“We kind of planned on not seeing (Pelech) this year and now we get a chance to get him back in the lineup is a huge boost for us defensively,” Mayfield said during a Zoom call with reporters on Monday. “He’s a great player that we want in the lineup. It’s big. I think he put in a lot of work too behind the scenes to make sure he could come back.”

.@scottmayfield2 and his #Isles teammates couldn't be more thrilled to be back on the ice.

Pelech suffered an Achilles tendon injury on Jan. 2 ahead of the Islanders’ 2-1 loss to the New Jersey Devils.

Mayfield has been skating with Pelech, along with Devon Toews, Thomas Hickey, Noah Dobson and Christopher Gibson at Northwell Health Ice Center. The small group workouts have been part of the NHL’s second phase of their plan to restart the season.

Johnny Boychuk will also be available to the Islanders once play begins as well. Boychuk took a skate to the eye on March 3 and was ruled out indefinitely at the time, but general manager Lou Lamoriello recently said that all players would be healthy when camp opens.

Hickey was away from the team due to a personal reason, so his return means the Islanders will have plenty of depth on the blue line.

“I feel like we’ve always had good defensive depth since I’ve been in the organization,” Mayfield said. “We acquired (Andy Greene) who we know is a great defenseman. We have (Dobson) who showed he can play. We even have more than that.

“We have (Sebastion) Aho down (in the AHL), (Parker) Wotherspoon had another good year in the minors, so you look at the defensive depth it’s been there for a couple of years. … I think we have the pieces really to go far, especially in a 24 team tournament.”

The resumption of play is the fourth and final phase of the NHL’s plan to restart the season. The opening of team training camps is the third phase and expected to take place on July 10.