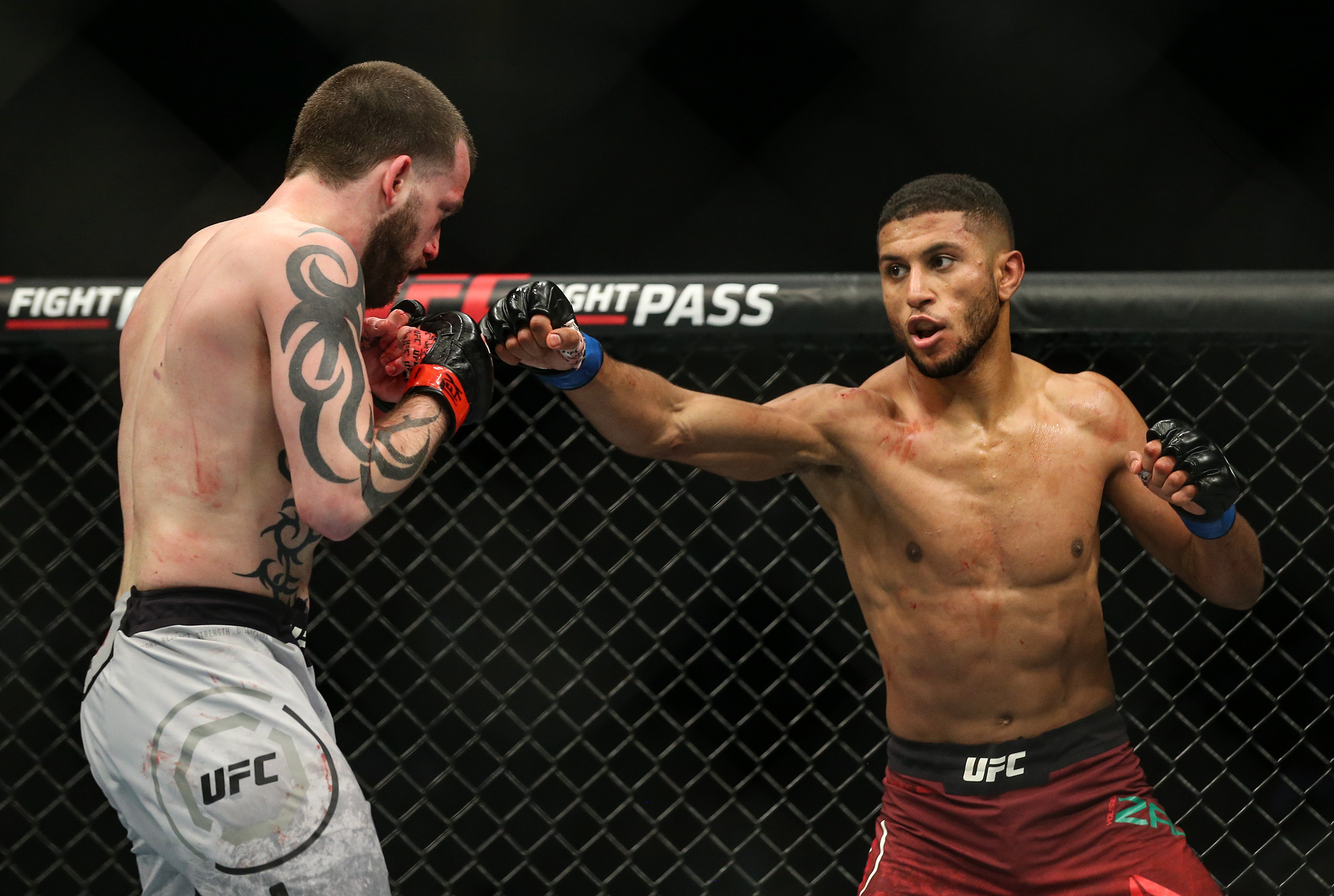 One last stop in Vegas before we head to the tropical islands. This card has a few more unknowns on the early portion of the card. However, even in one of the deepest divisions in the UFC, this is likely one fighter that won’t be unknown for long.

Back in February, Zalal did what is becoming all too common – he took a fight on about a week’s notice in order for the UFC to fill out the number of bouts at UFC 247. In doing so, he had little time to prepare for Austin Lingo, an undefeated prospect who, more than anything, does an excellent job at controlling where the action takes place. Zalal responded to the challenge by besting Lingo in precisely that area, as he took him down six times over the course of the fight. But that isn’t all he did – he broke clinches when he wanted to strike from distance, and he turned Lingo when he himself was pressed against the cage. In short, he did what Lingo had been doing to all of his opponents. Perhaps we shouldn’t be surprised knowing he comes from Factory X with Marc Montoya, who has a way of creating (or at least finding) fighters with this skill. Still, it does not make what he did on short notice any less impressive.

The aforementioned short notice fight was the only fight that Zalal has had in the UFC thus far. Given that it was the opening fight of a card that featured a heavily discussed main event in Jon Jones versus Dominick Reyes, there weren’t too many people talking about the prelims. Positioned early in the night again, Zalal may not quite get the recognition he deserves with another big win, but the name value of his opponent should be a bit higher at least.

Jordan Griffin is really a submission specialist. His last five wins have all come by way of submission. Three of these have come from his back and the other two with him in control, so he’s really dangerous any time it hits the mat. However, that’s where the cage control of Zalal really comes into play. His ability to turn this into a distance striking match if he wants to (which he likely does) should be the difference in this fight because if Griffin can’t get him down, it’s all Zalal.