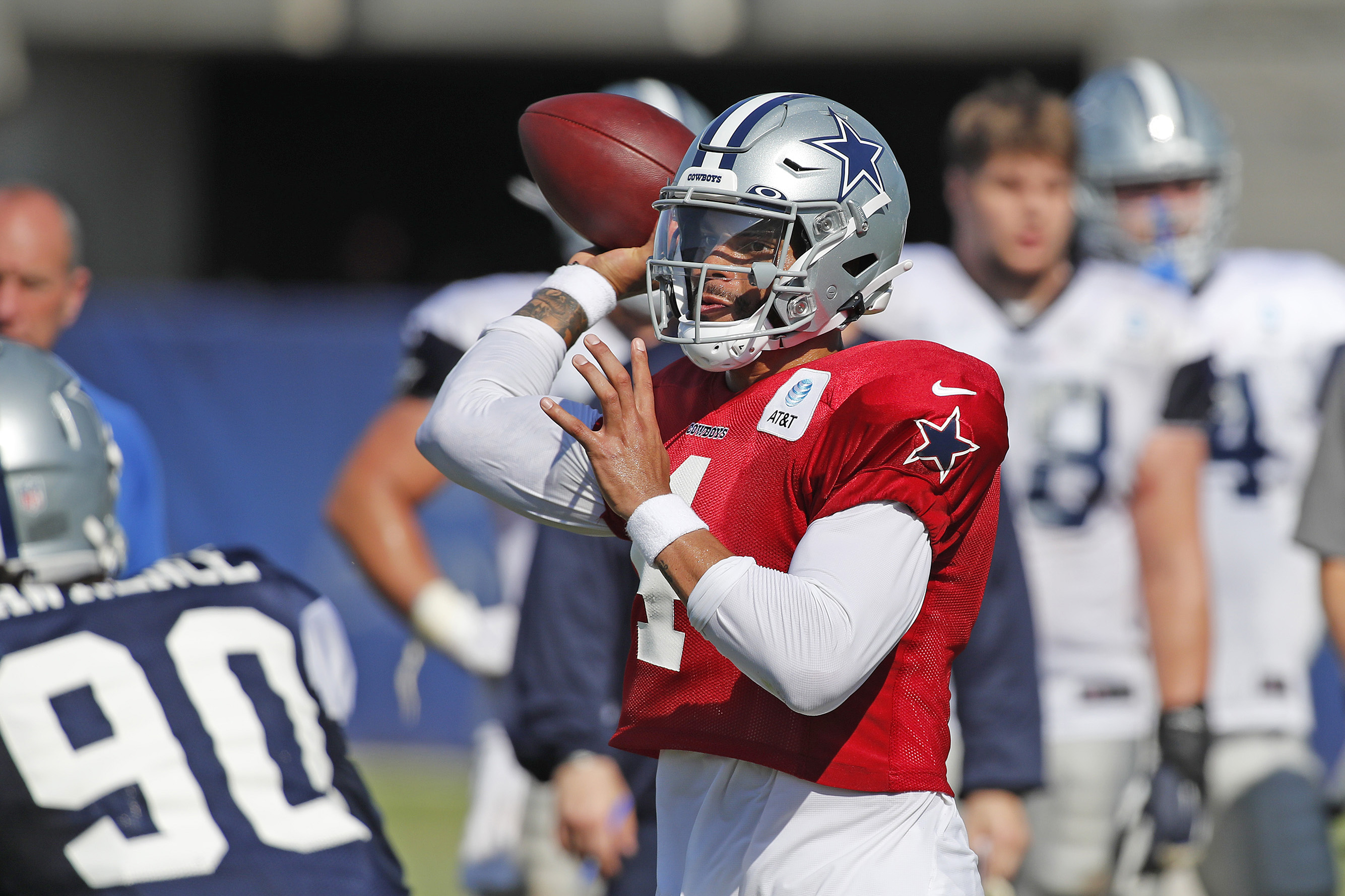 The Cowboys have one of the top offenses in the NFL, and the team’s quarterback is betting that it’ll get him paid down the road.

Dak Prescott is playing this season on the franchise tag, but he’d surely rather be doing so with the insurance that comes along with a long-term contract extension. The guaranteed money and security that comes along with a massive payday is what players dream of, especially quarterbacks, who absorb huge hits nearly every passing week.

But rather than complain about his contract situation, or become a distraction, like others in his situation have done in the past, Prescott is saying all the right things.

In fact, he not only expects to remain with the team past the 2020 season, he has a “plan to be a Cowboy for the rest of his career,” which he revealed during a recent appearance on SiriusXM NFL Radio.

Dak Prescott on his contract situation and future w/ @dallascowboys

Prescott threw for 4,902 yards and 30 touchdowns last season, and we expect him to actually eclipse that in 2020. Fantasy football owners should take note.