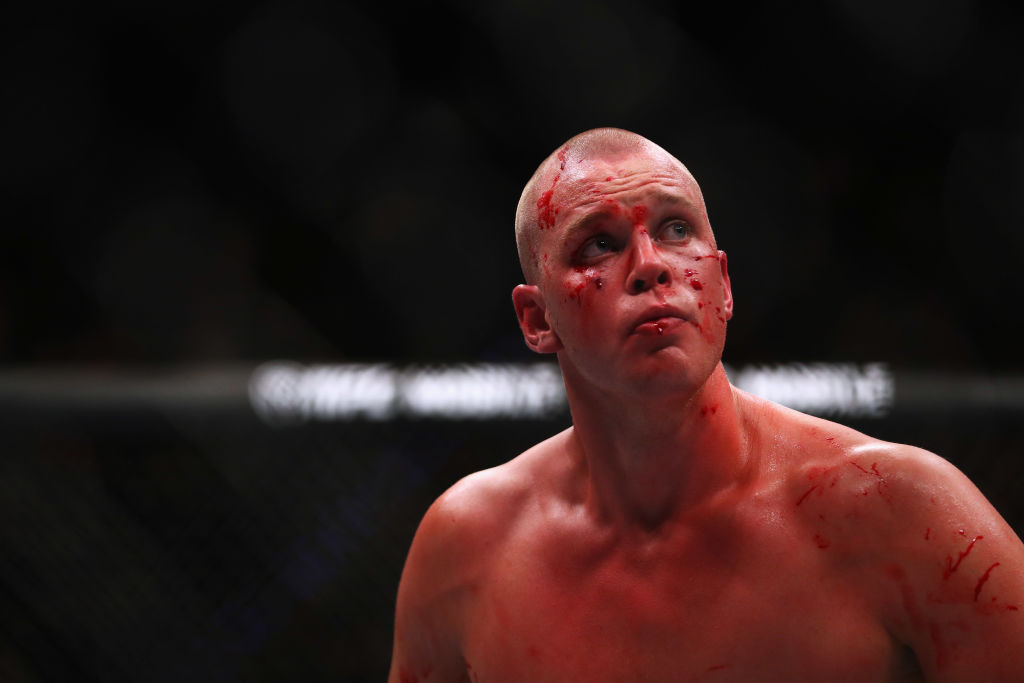 ROTTERDAM, NETHERLANDS – MAY 08: Stefan Struve of the Netherlands celebrates victory over Antonio “Bigfoot” Silva of Brazil after they compete in their Heavyweight bout during the UFC Fight Night 87 at Ahoy on May 8, 2016 in Rotterdam, Netherlands. (Photo by Dean Mouhtaropoulos/Getty Images)

– has a serious heart ailment
– has never beaten a top-flight heavyweight (only beats mid-card talent)
– despite being a kickboxer, he doesn’t possess much knockout power
– questionable chin
– clinch and ground striking pretty much non-existent
– horrible strike defense (only successfully defends half of his opponent’s strikes)
– absorbs more strikes than he dishes out
– abysmal takedown defense
– allows opponents to get inside on him, negating his reach advantage
– doesn’t properly utilize his immense reach advantage
– only one win in his last six fights
– recently retired then came back – head & heart might not be in the sport
– has not looked good since his return – knocked out in last two fights

It seems like he has been around forever, but Skyscraper is still only 32 years old.  While he has never been more than an average fighter in the UFC, he still has time to change that.