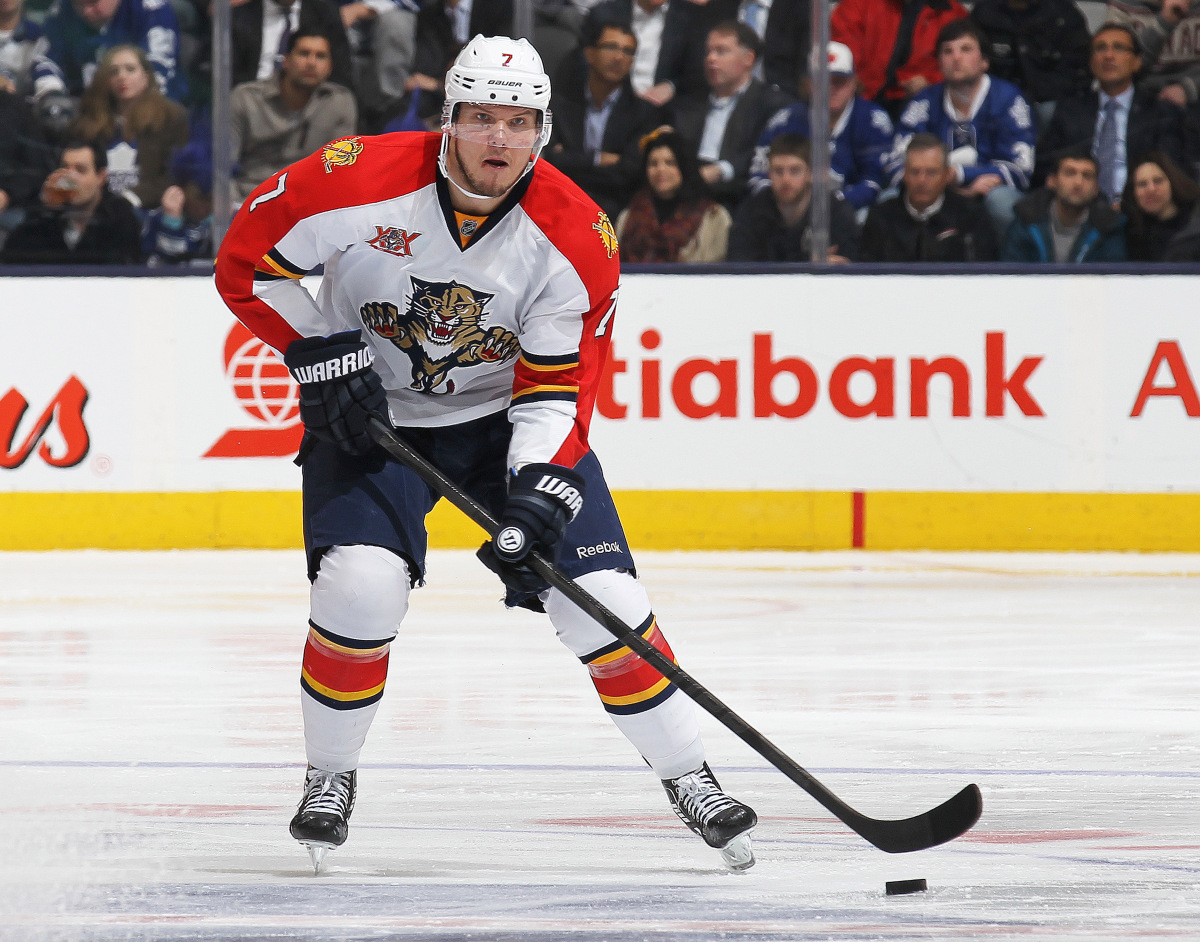 The New Jersey Devils have signed defenseman Dmitry Kulikov of Lipetsk, Russia according to Rogers Sportsnet on Thursday. The terms of the deal are for one year and worth $1.15 million.

Last season in Winnipeg, Kulikov played in 51 games and had two goals and eight assists for 10 points. He was a -4 with 32 penalty minutes, one game-winning goal, 54 shots on goal, 77 blocked shots, 104 hits, 16 takeaways, and 55 giveaways.

Kulikov’s game-winning goal came on February 27, 2020 in a 3-0 Winnipeg Jets win over the Washington Capitals. Kuilkov scored from Blake Wheeler and Neal Pionk at 6:33 of the first period.

Kulikov’s other goal this season came in a Jets win. Ironically, the Devils were the Jets’ opponent. On October 4, 2019, in a 5-4 Jets victory, Kulikov scored from Nikolaj Ehlers and Mark Scheifele with only 11 seconds left in the second period. This was quite the comeback for the Jets, as on this night the Devils had a commanding 4-0 lead but blew it. Kulikov’s goal but Winnipeg on the scoreboard for the first time. The Jets then scored three more times in the third period, and then won the game in a shootout on goals by Wheeler and Kyle Connor.

Kulikov is not the only defenseman that the Devils have acquired in the offseason. On October 8, the Devils picked up Ryan Murray of Regina, Saskatchewan from the Columbus Blue Jackets for a fifth round draft pick in the 2021 National Hockey League Entry Draft. Murray has been hammered by injuries throughout his career, and as a result, only played 27 games in 2019-20. He did average a point every three games however, as he had two goals and seven assists for nine points.

It will be interesting to see the kind of impact that Kulikov and Murray will have with New Jersey. The Devils are definitely in a rebuilding mode at the moment as they strive for excellence under new head coach Lindy Ruff.