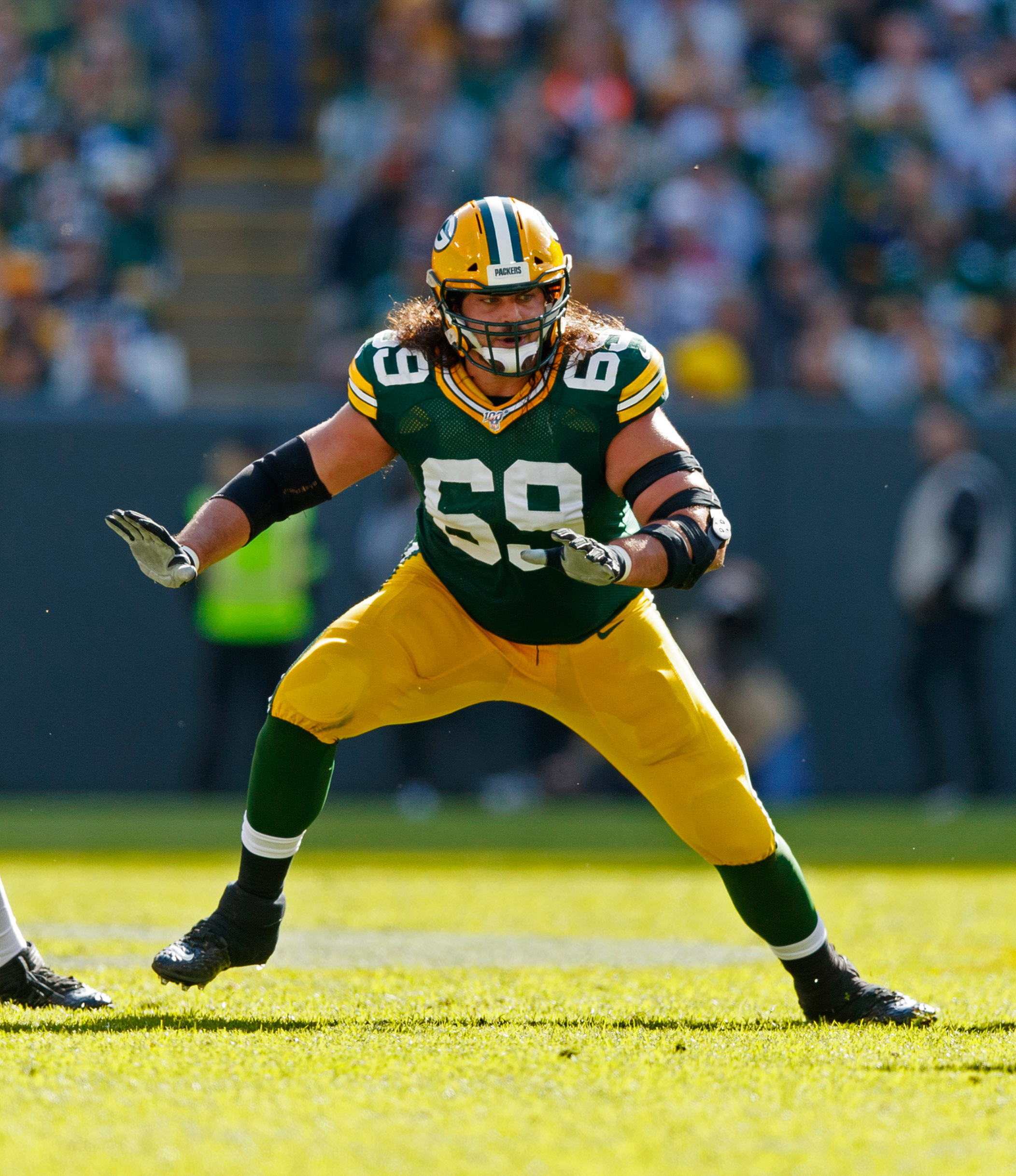 Sunday was a great day for Packers left tackle David Bakhtiari. The All-Pro returned to the Packers lineup after missing the three previous games due to a chest injury. It was later announced during the game that Bakhtiari had signed a four-year contract extension that has a value of up to $105.5 million. The new contract will make Bakhtiari the highest-paid offensive lineman in NFL history.

The Packers signing of Bakhtiari was out of character for the franchise. They rarely sign offensive linemen to new contracts when they reach their 30th birthday and the former Colorado star will turn 30 next September. But the team made an exception for their long-time left tackle.

Here are five reasons why Packers GM Brian Gutekunst was smart to sign Bakhtiari to a contract extension:

1. Bakhtiari Is Still Playing at an Elite Level

Bakhtiari is approaching 30, but he is still playing at an elite level. He has earned Pro Bowl or All-Pro honors in three of the last four seasons and he continues to be one of the league’s best left tackles.

Bakhtiari has consistently graded out as one of the best pass-blocking tackles in the NFL and this year is no exception as he is ranked in the top five tackles in the league by Pro Football Focus.

But it’s not just Bakhtiari’s pass blocking that is so outstanding. He is also a consistent run blocker and his strong play allows Aaron Jones and Jamaal Williams to find holes and gain yards when the Packers keep the ball on the ground.

2. Continuity Is Important Along the Offensive Line

More than any other unit on a football team, the offensive line needs continuity. The players need to be able to anticipate where the player next to them is going to go and when they need to shift over or switch assignments.

The Packers already lost Bryan Bulaga to free agency before the start of this season. They presently do not have an heir apparent on the roster who can even approach Bakhtiari’s level of play. The closest they have on the present roster is Elgton Jenkins who is currently starting at left guard and moving him over permanently may slow down his development and weaken two positions.

If the Packers had to sign a new left tackle in free agency, they would pay nearly as much and probably get a less talented player in return. The new acquisition would also be new to Matt LaFleur’s offense and unfamiliar with his teammates and would need time to acclimate himself to the Packers organization.

It would set the offensive line back a step and wouldn’t save the team much money.

Even now in his eighth season with the Packers, Bakhtiari shows little drop off in his level of play. He also has also been remarkably durable, playing in 112 of a possible 121 games since becoming a starter during his rookie season of 2013.

At the end of this contract, Bakhtiari will be 34 years old. If the Packers can get three more outstanding seasons out of their star left tackle on this deal after this one, the contract will be well worth the price.

4. Bakhtiari Is a Proud Packer and a Leader In the Locker Room

Bakhtiari loves being a member of the Packers organization. “I appreciate them [the Packers] taking a chance on me in 2013 and drafting me in the fourth round and trusting me with the blind side, making me a top-five highest-paid tackle and then now making me the highest-paid offensive lineman, especially to do it with one team, it’s an honor,” Bakhtiari said after the game. That’s something that I really appreciate and I do love it hear and I love representing the Packers.”

On the field, the Packers left tackle leads by example and has helped integrate younger linemen like Elgton Jenkins, Jon Runyan and Lucas Patrick into the team over the years. He also has a great sense of humor and helps keeps things loose in the locker room and on the field.

His experience, skills and leadership would be missed if he played elsewhere in 2021.

5a. Keeping Bakhtiari Around Will Keep Aaron Rodgers Happy

Aaron Rodgers has had Bakhtiari protecting his blind side for nearly every game since 2013 when Bakhtiari started as a rookie. Make no mistake about it, having his Pro Bowl left tackle in the lineup makes Rodgers feel more secure in the pocket.

After yesterday’s game, Rodgers was quick to praise the decision to sign Bakhtiari to an extension. “Obviously wrapping him up seemed to be of some benefit to the organization long term, best left tackle in the game, future Hall of Famer probably,” Rodgers said. “[I’m] very happy for him.”

The Packers star quarterback has been frustrated at times by the team’s failure to add a wide receiver to the roster over the past two seasons but losing his star left tackle would have certainly made his life more difficult.

By keeping Bakhtiari, the Packers allow Rodgers to keep his top protector, friend and long-time teammate and that will help him do his job better.