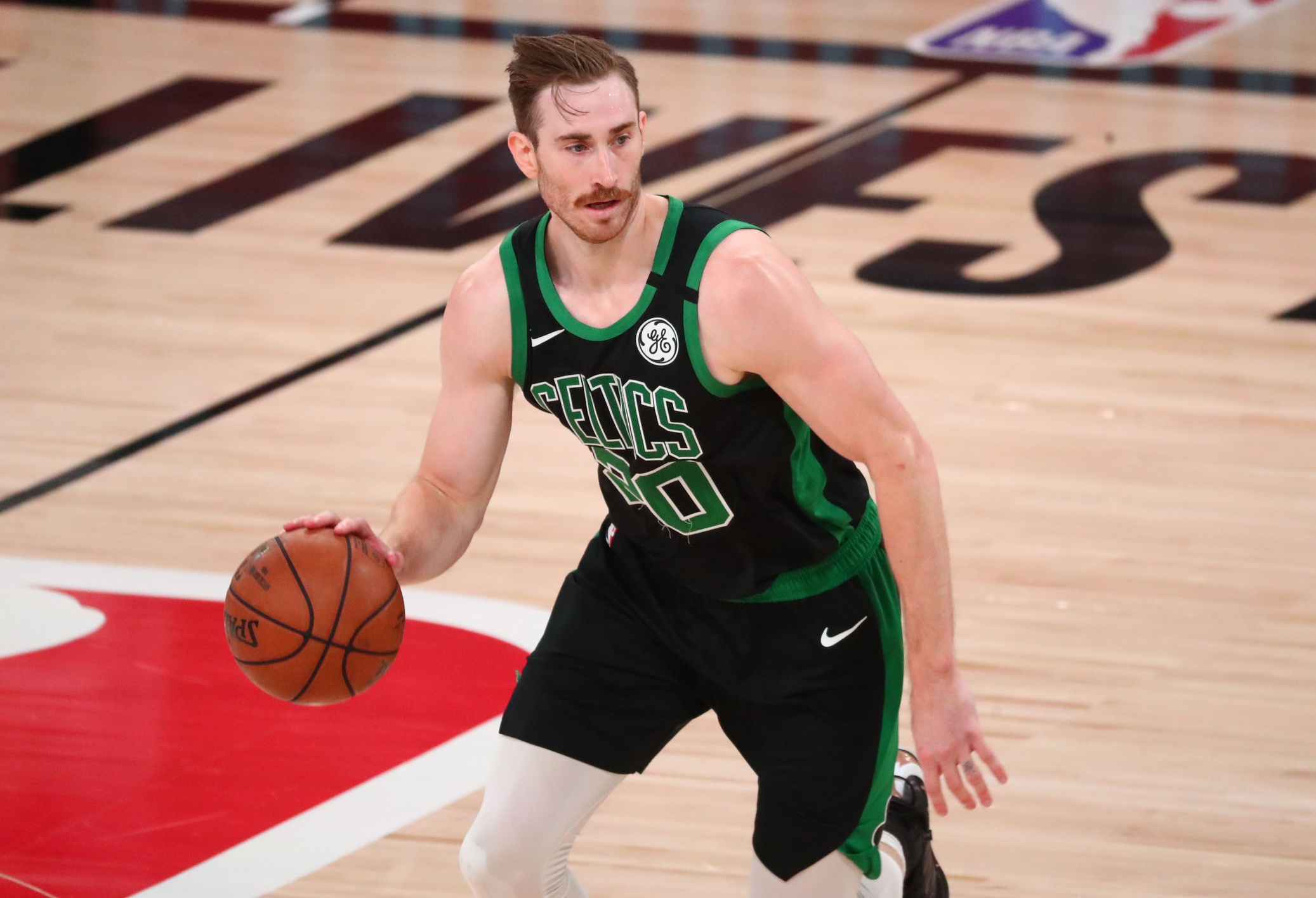 Happy Holidays, NBA fans! The time has finally come. Since March, the NBA has placed a moratorium on the league, which was finally lifted this past Monday.

Earlier this week, the trade market opened up and certainly did not disappoint. Then, Wednesday came, and the 2020 NBA Draft finally kicked off, giving the incoming rookies a new home.

Now, on Friday night, the free agency market will open up. Here, we’ll keep track of every trade and signing going on around the league in real-time beginning at 6 PM EST.

Bogdan Bogdanovic to the Hawks?

According to Emiliano Carchia, Bogdanovic is expected to sign an offer sheet with the Atlanta Hawks when free agency begins.

According to The Athletic’s Shams Charania, Boston Celtics forward Gordon Hayward is fully focused on potentially signing a deal with the Indiana Pacers. While a return to Boston on a restructured deal isn’t entirely out of the question, signs are beginning to point towards Hayward leaving and possibly joining the Pacers. He has multiple suitors lined up as well, such as the Atlanta Hawks and New York Knicks.

The heat veteran took to Twitter to announce he won’t be going anywhere this offseason.

According to Tim Reynolds of the Associated Press, Miami Heat veteran Myers Leonard intends to re-sign with the Heat. He’s expected to sign a two-year deal.

According to Shams Charania of The Athletic, Wesley Matthews has signed a one-year deal worth $3.6 million with the Lakers.

Per Adrian Wojnarowski of ESPN, veteran big man Drew Eubanks will re-sign with the Spurs. He inks a three-year deal with San Antonio.

Dwayne Bacon Agrees to a Deal With Orlando Magic

After having his qualifying offer declined by the Charlotte Hornets, veteran guard/forward Dwayne Bacon lands a two-year deal with the Magic, per Vincent Goodwill of Yahoo Sports.

Former Denver Nuggets center Mason Plumlee has signed a three-year deal, worth $25 million with the Detroit Pistons, according to Adrian Wojnarowski of ESPN.

Veteran center Jahlil Okafor will move on to sign with the Detroit Pistons on a two-year deal according to Adrian Wojnarowski of ESPN.

31-year-old veteran big man Patrick Patterson is set to return to the Clippers on a one-year deal according to Adrian Wojnarowski of ESPN.

Dwight Howards Returns to the Champs

Although he was expected to have several teams looking into his availability, Dwight Howard has signed with the Lakers, according to Shams Charania of The Athletic.

Update: Dwight Howard continues to consider all of his options. No deal done.

*Update: Reports of Howard returning to the Lakers are false, per Charania. He continues to weigh his options

Jordan Clarkson returns to the Jazz

This offseason, the Utah Jazz made it a priority to retain Jordan Clarkson. According to Adrian Wojnarowski, he returns to Utah with a four-year deal, worth $52 million.

Derrick Favors is Back With the Jazz

The 29-year-old former first-round pick Derrick Favors has re-signed with the Jazz on a three-year deal, which is worth roughly $30 million, according to Shams Charania of The Athletic.

The Pistons have been quite active in free agency so far. Their latest move is to add forward Josh Jackson, according to ESPN’s Adrian Wojnarowski.

The Danilo Gallinari Sweepstakes is Over

After garnering interest from several different teams, Danilo Gallinari will ink a three-year deal worth $61.5 million with the Atlanta Hawks, according to Adrian Wojnarowski.

According to Shams Charania of The Athletic, the 76ers are signing Dwight Howard to a one-year deal after his initial Lakers tweet.

Christian Wood is Off to Houston

Former Pistons’ big man Christian Wood is looking to cash out with the Houston Rockets this offseason as he signs a three-year deal worth $27 million, according to Frank Isola.

*Update: Per Shams Charania, Christian Wood is continuing to speak to teams, deal with the Rockets is not official yet.

Montrezl Harrell is Joining the Lakers

Former Los Angeles Clippers sixth man Montrezl Harrell will link up with the enemy as he signed a two-year deal with the Lakers according to Adrian Wojnarowski.

Washington Wizards forward Davis Bertans will return to Washington with a 5-year, $80 million, according to Adrian Wojnarowski.

The Nets made it clear that re-signing Joe Harris would be a top priority this offseason. According to Shams Charania, Brooklyn will retain the guard.

Jerami Grant Cashes out in Detroit

After opting out with the Nuggets, Jerami Grant inks a three-year $60 million deal with the Pistons, according to Shams Charania.