'NXT New Years Evil' (1/6/21) Results And Review: Who Walked Out As The NXT Champion? Last Woman Standing Match, And More 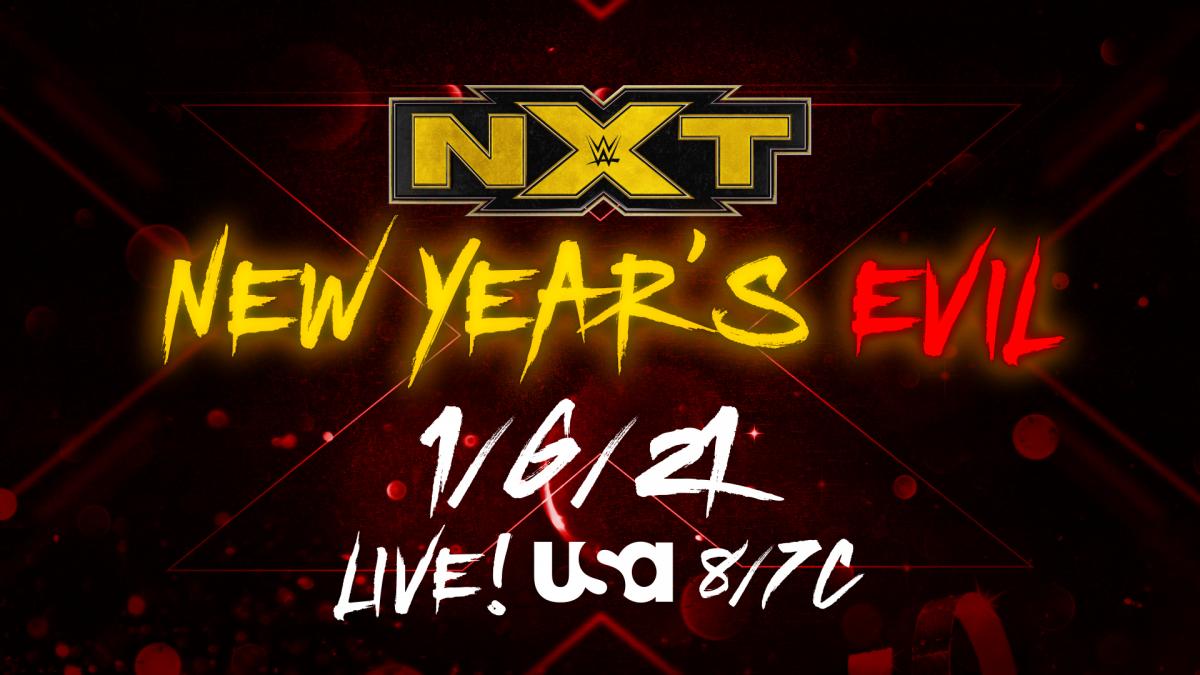 'NXT New Years Evil' (1/6/21) Results And Review: Who Walked Out As The NXT Champion? Last Woman Standing Match, And More

NXT New Years Evil took place in the Capital Wrestling Center in Orlando Florida. The show was hosted by Dexter Lumis with highly anticipated matches such as Damien Priest taking on Karrion Kross, Rhea Ripley facing off against Raquel Gonzalez in a Last Woman Standing Match, Tommaso Ciampa fights Timothy Thatcher in the Fight Pit and Finn Balor defends the NXT Championship against Kyle O’Reilly in an epic rematch from TakeOver 31.

The show opened with the host Dexter Lumis walking up to the platform and turning on the lights for New Years Evil.

Adam Cole and Roderick Strong is interviewed about his tag match next week in the Dusty Rhodes Classic against Breezango. They say Breezango are good but they will continue their prophecy. They say the prophecy begins tonight as they believe Kyle O’Reilly will become NXT Champion.

Rhea Ripley and Raquel Gonzalez are seen working out backstage, preparing for their match.

A vignette for Xia Li’s first match is shown saying that it will be next.

A video promo is shown of Mercedes Martinez talking about wanting the NXT Women’s title and she is waiting for Io Shirai.

The transformation is complete.@XiaWWE is on a completely different level right now at #NXTNYE.#WWENXT pic.twitter.com/yv9p1ZdL9D

Regal announced in a video exclusive that Timothy Thatcher will not be able to compete in the Fight Pit match against Tommaso Ciampa due to an injury he suffered during training. He said they will have their Fight Pit match on a later date.

Bronson Reed was interviewed and he said 2021 will be his year. He also predicted that Rhea Ripley will win the Last Women Standing match.

The Way was driving to the Capital Wrestling Center with a police escort. They came out to the ring. Gargano bragged about breaking his title curse. Candice calls him the most powerful person ever existed. Candice presents him a plaque to break his curse. Theory calls Gargano a real life super hero. Him and Hartwell present Gargano a comic portrait of themselves. Gargano loved all of it and announces that him and Theory are entering the Dusty Rhodes Tag Team Classic. Shotzi Blackheart interrupted as she came out on her tank. Theory tried to bad mouth her but she shoots him with a missile, knocking him down. Shotzi attacked Indi and Candice, taking them out of the ring. Kushida came out and attacked Gargano. All of a sudden, the bell rang. Lumis rang it and showed a drawing which announced a tag team match featuring Candice and Johnny facing Shotzi and Kushida.

They announce that the next NXT TakeOver will take place on Valentine’s Day.

William Regal was interviewed and he talked about how great of a year 2021 is going to be. He announced that there will also be a Women’s Dusty Rhodes Tag Team Classic along with the Men’s Dusty Classic.

"You want to be a champion here at #WWENXT? THIS is what you have to put yourself through!" – @StuBennett @FinnBalor vs. @KORCombat for the #NXTChampionship is as INCREDIBLE and HARD-HITTING as ever!#NXTNYE pic.twitter.com/KeuHy6gmCa

Does he have your attention now?

Overall Review: I really enjoyed this show. Whenever NXT does these special shows, they really deliver. My favorite match would have to be the Last Woman Standing match between Rhea and Raquel. They tore it up and they gave Raquel the win which I was really surprised they did but it was definitely necessary with how they have been building her lately. I enjoy her work and I see her facing Io Shirai for the Women’s title down the road to possibly win it. I’m glad Xia Li is back with this new gimmick and hope to see what they have in store for her. It was a shame that the fight pit match didn’t happen with Thatcher and Ciampa but it is what it is. The NXT title match was as good as I expected it to be but I wouldn’t say it was better than their match at TakeOver 31. I do think they should’ve ended it with Kross appearing in the ring after the match and choking out Balor to set up their eventual title match.