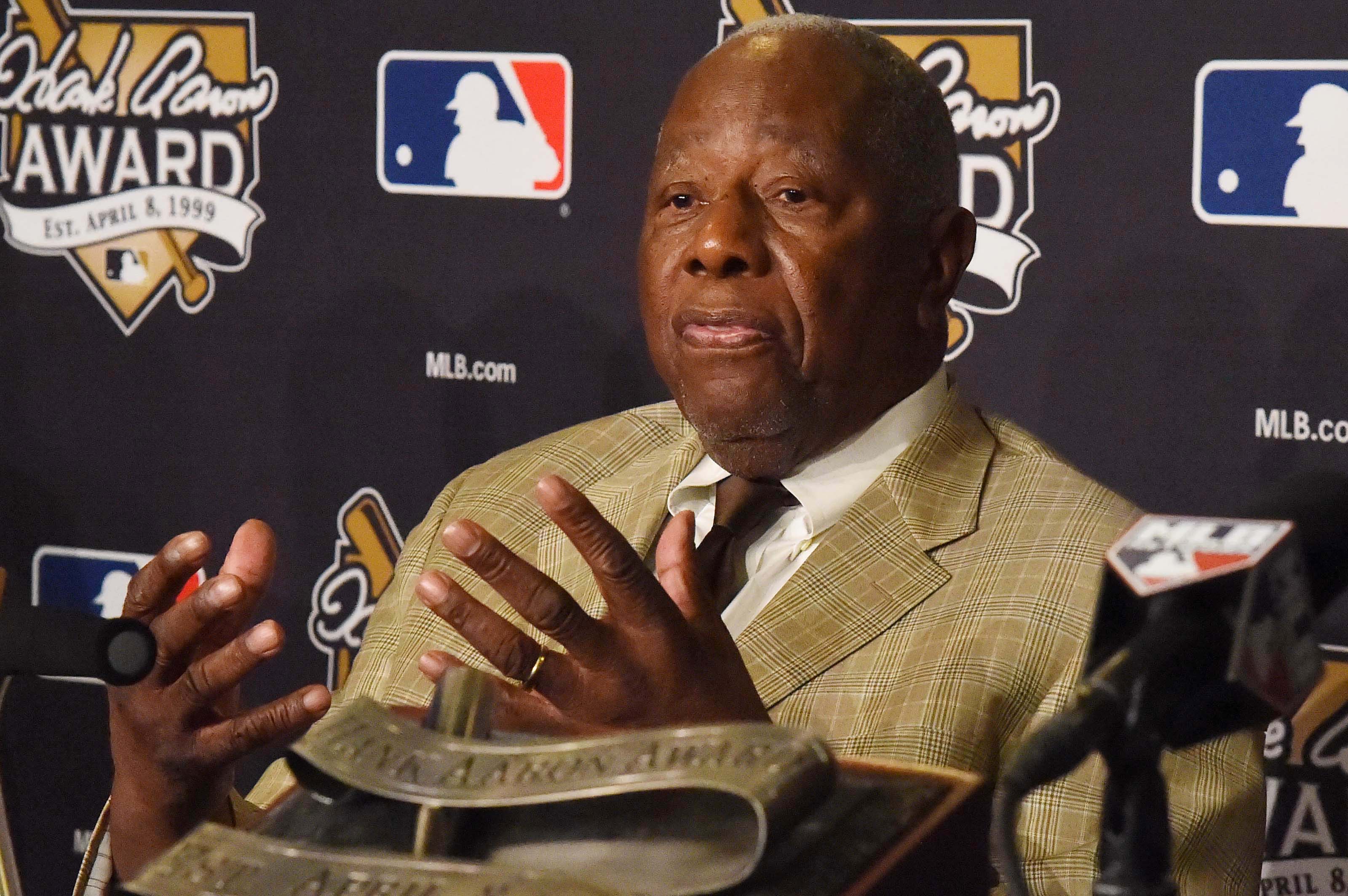 Despite his remarkable career, Aaron won only one National League Most Valuable Player Award. That came in 1957, with the Milwaukee Braves when he led Major League Baseball with 44 home runs, 132 runs batted in, and 369 total bases, and the National League with 118 runs.

An all-star every season except his first year and his last, Aaron won the 1957 World Series with the Braves. That year Milwaukee beat the New York Yankees in a dramatic seven game series. Aaron has his number 44 retired by the Braves and Brewers, and was inducted into the Baseball Hall of Fame in 1982 on the first ballot.