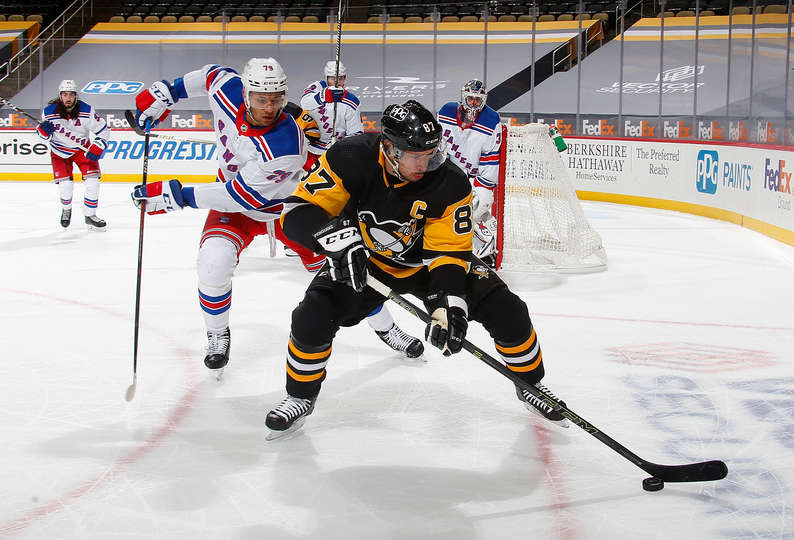 The Penguins have put together four consecutive wins for what might be one of the most uninspiring winning streaks in recent memory. It took six games, but they finally have their first regulation win after beating the New York Rangers 3-2 Sunday night.

It might shock you to learn that the Penguins are now second place in the East division and trail the first place Washington Capitals by a single standings point.

It hasn’t been pretty, but the Penguins deserve some credit for stacking some wins over a span of games in which they occasionally looked lifeless and disoriented.

They’ve bought themselves a little extra time to find their groove, but there are a couple sore spots that are becoming serious problems.

The Rangers took 53 shot attempts to the Penguins’ 48 while controlling 59% of the scoring chances, per Natural Stat Trick. Shots on goal were 25-19 in favor of the Rangers.

Evolving Hockey gives the Rangers a hefty advantage in expected goals as well, 3.01-1.78. There wasn’t a whole lot of offense in this one, but the Rangers had some major chances they failed to convert on that ultimately cost them the game.

Jared McCann was promoted to top-six duty with Evgeni Malkin while Teddy Blueger centered Jason Zucker and Kasperi Kapanen on the third line.

Mark Jankowski and Brandon Tanev down to the fourth line.

No changes were made on D.

Tristan Jarry got the nod in goal again.

The Rangers tallied the lone goal of the first period from an Adam Fox point shot that was beautifully redirected by Colin Blackwell. I love the way Fox acts like he’s walking to center with the puck right before he loads and fires.

Not much Jarry or the Pens could do on this one.

Rust scored his second goal in as many games to tie it up. Stopped on a breakaway earlier in the game, he decided to shoot from the slot rather than making a move in tight and it paid off.

How about that breakout pass from Sidney Crosby? Absolutely masterful.

The Penguins got all kinds of discombobulated in their own zone toward the end of the second period and it ended up costing them as Ryan Strome outbattled Cody Ceci and John Marino to bang home some loose change in the crease.

The Penguins tied it up again on a fluttering half-wall shot from McCann. It looked as though Igor Shesterkin was unable to track the puck until it was too late as he failed to seal off the upper-corner of the net.

It’s nice to see McCann get on the board in back to back games after going so long without scoring, regardless of how wonky both goals were.

The final tally of the game went to Jake Guentzel with just a minute and a half left in regulation.

After a clean zone entry from Crosby, he dished the puck to Kris Letang who maneuvered to the outside, opening a seam for Guentzel to slide in and fire home a one-timer through the wickets of Shesterkin.

This goal reminded me a lot of Guentzel’s third goal in his infamous four-goal game against Philadelphia in the 2018 playoffs. Back-foot one-timer from the high slot under the goalie’s pads. 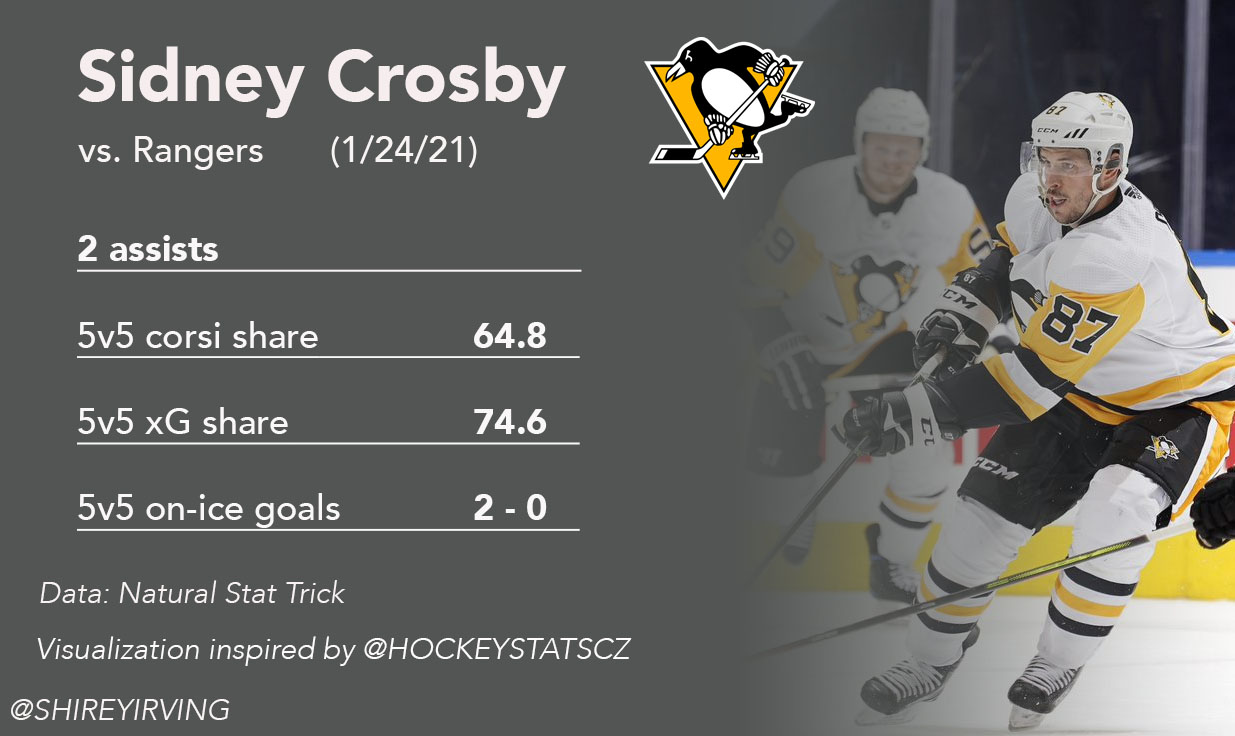 The Pens are hitting the road to take on the Boston Bruins Tuesday night.