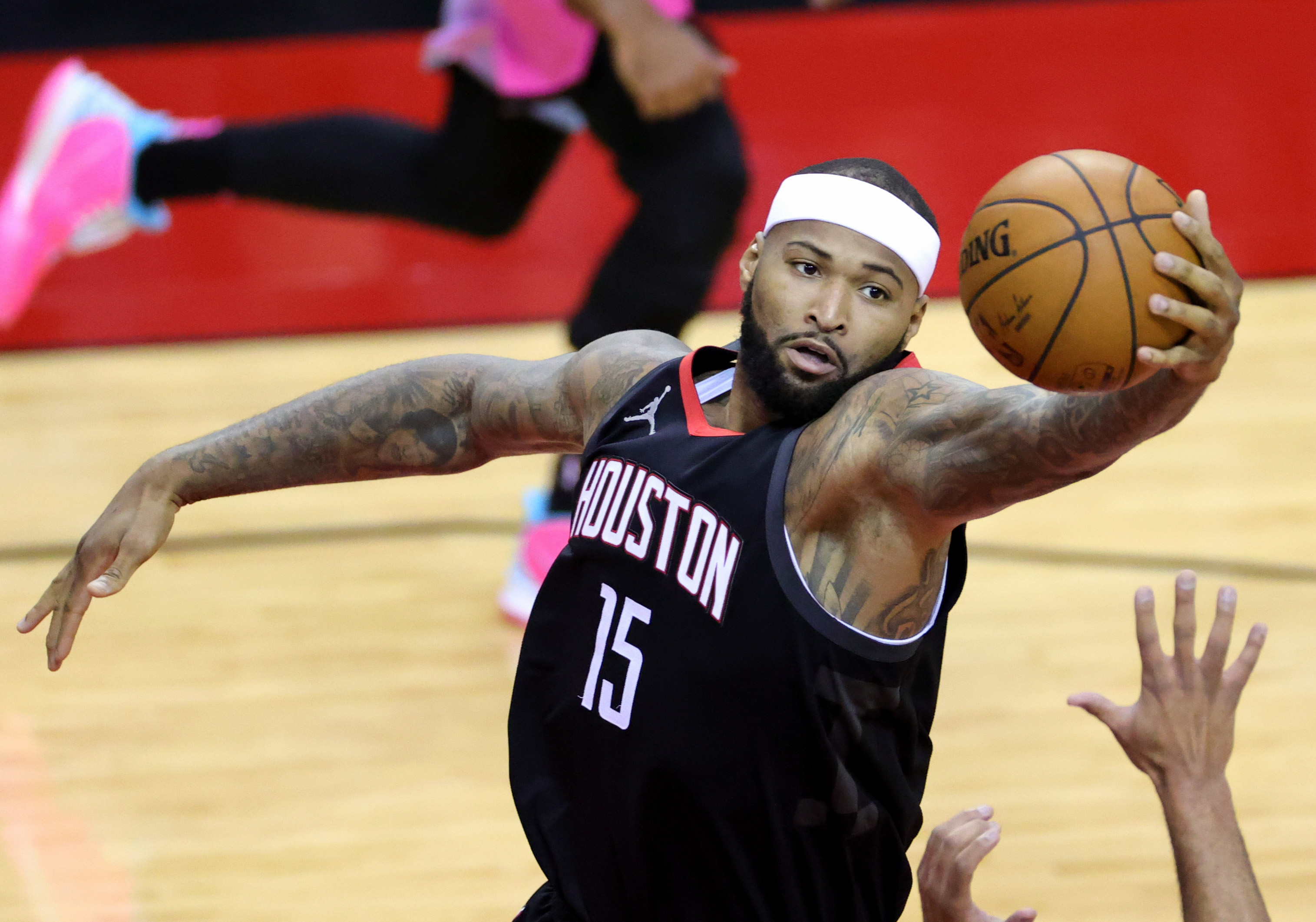 DeMarcus Cousins could be headed back to the state in which he’s resided for the majority of his NBA career.

Cousins was on the Lakers roster to begin last season, and did get his name on the team’s championship ring, but he tore his ACL before their 2019-20 campaign even began, and never played in a game. He was released roughly a year ago, so the team could sign Markieff Morris, and later signed with the Rockets — reuniting with former college teammate John Wall.

And now it’s looking like he may get the chance to don a purple-and-gold jersey this season.

All signs are pointing toward the Rockets getting younger, especially with Christian Wood soon to recover from an ankle injury, and there’s a lot of talk about the team parting ways with Cousins in the near future.

Apparently, the Lakers are a likely landing spot, according to a report from Kevin O’Connor of The Ringer.

Sources: The Lakers will be among the teams to pursue DeMarcus Cousins.

The market will be limited for Cousins, sources say. He has struggled this year after returning from multiple major injuries. But for LA or any team in need of big man depth, few options bring higher upside.

Cousins has averaged 9.6 points, 7.6 rebounds and 2.4 assists so far this season.