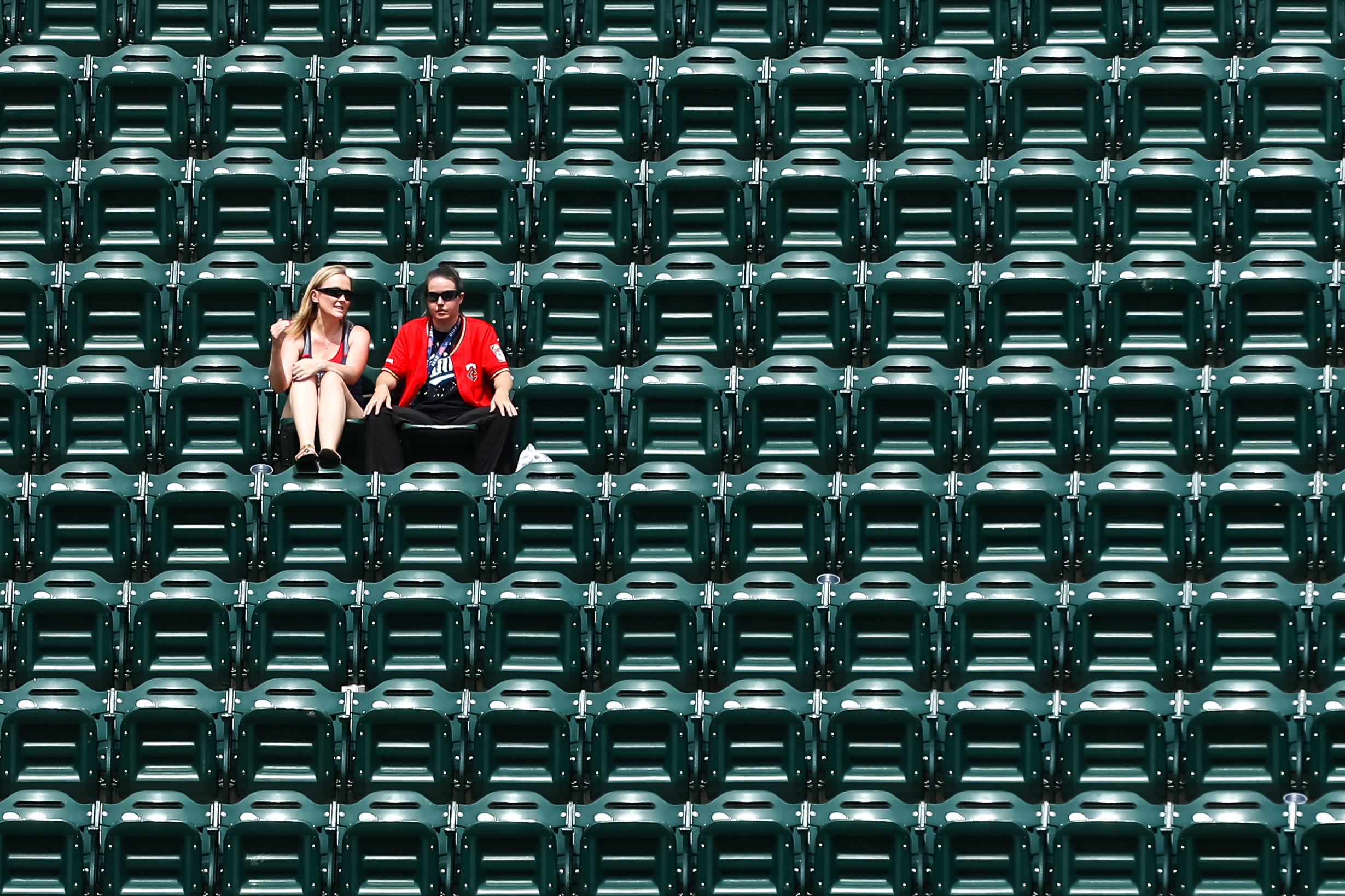 Spring Training was full of optimism for the Twins and their fans. There was some threat that the White Sox would push for the AL Central crown, but they had just hired Tony La Russa to manage, and many concerns were abated. The pandemic is beginning to subside and fans were going to come back and watch their team cruise to the postseason. The less thought about the postseason, the better, of course.

Well, good news! Twins fans probably don’t need to worry about the postseason anymore. After a calamitous start to 2021, the Twins find themselves with the worst record in baseball, and are looking at one of the most historic year over year collapses in the history of baseball.

A lot of it is bad luck, and much of it will even out. Watch out today as the Twins try to claim at least one game in a double header for the first time this season, for example. Even if it does, the Twins are no so far behind the 8 ball that they will have to outpace their early season projections to be in contention by season’s end.

A lot of people are comparing this team to the 2011 Twins, who made the playoffs the year before in their first year at Target Field, then turned around and started a half decade of incompetence. The difference there though, is that fewer things needed to go wrong in 2011, and the Twins didn’t have any offramps to save future seasons even if they had given up on 2011.

Everything has gone wrong this year for the Twins. They have had illness, injury and the aforementioned bad luck, where as the 2011 Twins were hit hard by injuries, and didn’t have enough pieces to overcome those dings, especially when things started going sideways. In 2021, a healthy Miguel Sano is lighting the world on fire right now, while Josh Donaldson and Nelson Cruz are still big bats that are usually pretty reliable, and are, for the moment, healthy.

A completely viable option, in my book, is to just keep trotting out there and getting after it, in the parlance of a former manager. Even with injuries, the Twins have depth. Slumping depth, for sure, but depth, that should and could play their way out of the doldrums they find themselves in. There is enough talent, or it seemed as much at the beginning of the year, that they could get hot and put themselves back in contention. Even if they can’t, a bounce back this season can help with momentum for 2022. A lot of people believe this to be a fluke season, so why would you try to wave the white flag with this crew if you want to use as many of these players in the bounce back?

One issue with waiting until next year for a bounceback is remembering who will and won’t be back in the coming season. If you want to give in to the demons of this year and start trading players away at the deadline, you probably lose any hope of resigning those players. One player I think of in particular is Michael Pineda, for whom there is not a promising replacement in the organization’s immediate future. Right now, a 2022 rotation looks like this: Berrios, Maeda, Dobnak, Thorpe, Me. If you are of the belief that the team will bounce back, but it has to wait until next year, some things are going to have to be in motion now.

I’m not talking about the play getting better either. The team will need to address the rotation for next year. I think, year over year, the offseason has been a source of disappointment for people who think players are just going to sign in Minnesota, and all it takes is a little money. The Twins need to trade for pitching, and to get a pitcher or pitchers that can plug the rotation or find work in the bullpen, it’s probably going to hurt a little bit. The team, injuries and all, still have a surplus of depth in the outfield. Anyone who is slotted to play out there in full health, Max Kepler, Byron Buxton, even Trevor Larnach or Alex Kirilloff, would fetch a usable return. Not only would ancillary pieces be moved at the deadline, but an under contract outfielder should probably be traded as well, if there is a desire to compete in 2022 while also giving up on 2022.

Long term, though, I don’t know how confident I am in the pitching futures of the Twins. They have Kenta Maeda and Randy Dobnak locked up beyond next year. Is that enough? Jordan Balazovic and Jhoan Duran are going to be up eventually, but have injury histories and little track record. Are they going to be long term rotation anchors? If there are questions like this floating through the front office, and if the team is ready to move on from 2021 already, then it seems prudent to go all in on building a core that can emerge at the same time. It would be a shame to waste Alex Kirilloff and Trevor Larnach in a 2 deep rotation and miss the window of contention they offer, just like they did with Joe Mauer and Justin Morneau, and could be destined to with Byron Buxton and Miguel Sano.

This is the most significant area where 2021 and 2011 are different. This season, the organization can rewrite their own future, where they were resigned to it in 2011. If they see these next two years as futile, and are worried about the depth around their top prospects, they can start tearing the whole thing down now with the goal of stockpiling their farm system. It seems to be working in San Diego, and could be an effective strategy here too, but it would take commitment, and would not be a popular process with the fan base.

Whatever the case, there are ways that this terrible baseball will get better. It could happen this year. Maybe next year. Maybe it will take a lot longer.