Back when this site was actually good, we had a trio of talented contributors, and me, the cockroach that won’t die. We each had a team we were loyal to, and as it so happens, our teams of choice are all in the playoffs, and are all in different divisions.

The teams in question are the New York Islanders (Kevin Schultz), Carolina Hurricanes (Dave McBrayer), Toronto Maple Leafs (Loser Domi) and the Minnesota Wild (me). That is an unlikely quartet to be in a room together, but also, a strange quartet to be on a run of good fortune for any amount of time.

The one team through is the New York Islanders, who waited until Jon Tavares left town to really put something together. They are going to play Boston in the second round, and in a vacuum, look like a strong team that should compete for the Cup. Alas, this is not a vacuum, and they are playing the Bruins, the team from a town with a horseshoe implanted somewhere. Not a terrific situation.

The Carolina Hurricanes are playing the Nashville Predators. I just wanted to write that sentence, because I suspect at least a few of you had no idea. It will be strange in a few years to think that these two teams were in a playoff series together, since Nashville is in the Western Conference. Then, we will realize that Nashville and Raleigh are only an 8 hour drive apart and wonder why Nashville is in the Western Conference and THEN we will come back from commercial and the Red Wings game will be back on and we’ll forget about it. Anyways, the Canes are up 3-2.

Did you know that in Canada, they don’t use the expression “love-hate relationship” but rather, they say “feels like bein’ a Leafs fan, eh?” The Leafs were bad for decades, and it finally paid off in good drafting and development and the mere existence of Auston Matthews has turned Toronto into the formidable opponent they always believed they already were. Toronto is up 3-2 on their bitter rivals from Montreal, and will advance to take on and probably defeat the Jets, before getting crushed by whichever American opponent they meet. It’s nice that they set it up for a Canadian team to reach the semis though. That’s nice.

It may appear that the Wild are in the most dire of straits, as they have come back from 3-1 to tie the Vegas Golden Knights. Before you feel sorry, consider that the Wild are undefeated in their franchise history in Game 7s, including a pair of 3-1 come backs. What I’m saying is that the Wild have Vegas right where they want them. They beat Vegas while getting only 14 shots on goal because Jacque Lemaire’s blood still runs through the organization.

Now that I have written about this and even acknowledged the face that the teams nearest and dearest to our hearts are alive and doing all right, expect things to unravel. It’s just a matter of time. 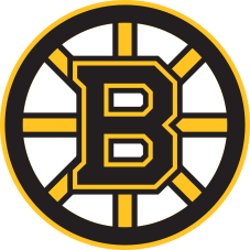