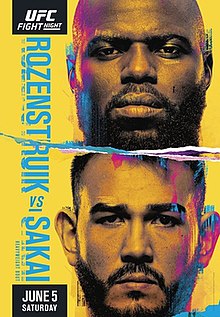 There’s a lot of hot prospects coming out of Europe, and with MMA in France becoming legalized so recently, there will undoubtedly be a boom there. This week’s focus may be one of the leaders in that push.

As you may have seen in her debut against Victoria Leonardo, the striking of Fiorot is on another level from the average prospect. She puts combinations together expertly and even at flyweight has the ability to put opponents away with any of those strikes.

However, while all that was made apparent in her debut, what people haven’t seen is that she is actually very strong in the grappling department as well. She has shown high levels of proficiency in both the offensive and defensive wrestling departments. Although I do not expect her to try to use it much offensively, it’s a nice ace in the hole if something were to go wrong on the feet.

With just seven professional fights on her record, most may see her as too green to really get excited about. However, she has a lot more experience than the record would suggest and a lot more high-level experience to boot. She started her MMA career not just on any amateur circuit, but in the IMMAF Euro and World Championships – where she won the world title at bantamweight. In addition, she then immediately began fighting for Cage Warriors where she made her debut against #5 ranked Bellator featherweight, Leah McCourt. Needless to say, but Fiorot has seen challenges in her short time.

Maryna Moroz is a fighter who has gotten a lot of her victories using a combination of high volume and the occasional takedown to stifle her opponent’s aggression. While that worked against the likes of Mayra Bueno Silva, she is unlikely to be all that successful in overwhelming the talented striker Fiorot. In addition, the range that Fiorot keeps as well as her kicks should make it hard for Moroz to get close enough to even threaten a takedown. Even if she does get in on an attempt, I don’t expect Moroz to be all that successful in finishing it.