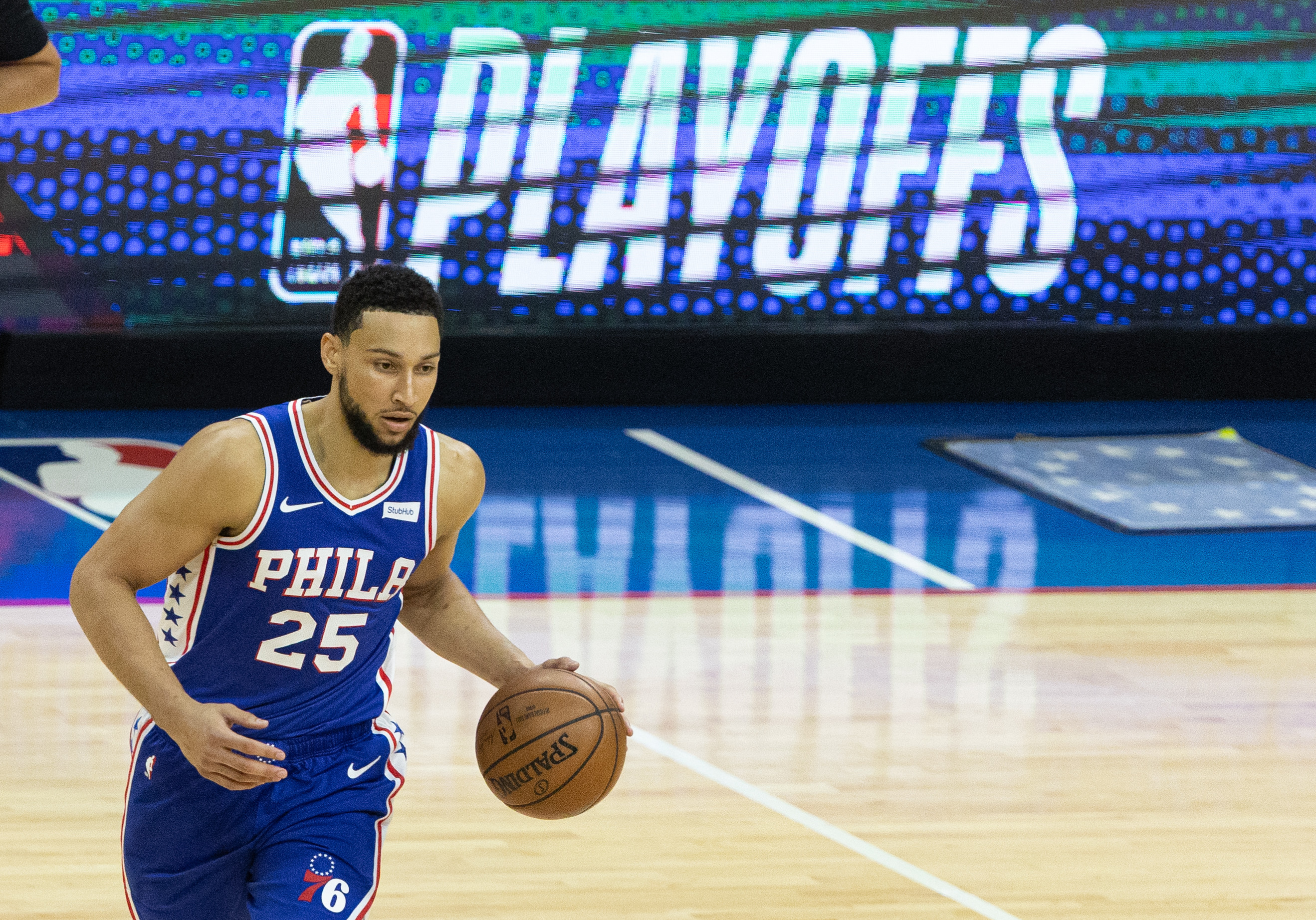 After the Philadelphia 76ers lost Game 7 of the Eastern Conference semifinals a couple of weeks ago to the Atlanta Hawks. The immediate thought afterward was that the team might have to move on from All-star point guard Ben Simmons.

Simmons struggled in the second round against the Hawks, averaging 9.9 points, 8.6 rebounds, and 6.3 assists in 34.5 minutes per game. The 6-foot-10 point guard’s inability to be a scorer and play aggressively on the offensive end was put on full display. The former first-round pick also did not do well at the free-throw line — shooting 33.3% in the series and 34.2% in the playoffs.

ESPN’s Adrian Wojnarowski reported last week that the Sixers are committed to keeping the All-star for the long term. Wojnarowski also mentioned in the same report that the team and Simmons’ agent Rich Paul met up to discuss the 24-year-old’s future at the draft combine.

That being said, if the Sixers were to move Simmons, they would not trade him just for anything, and would want a significant return. One team that is interested in trading for the former No. 1 overall pick is the Minnesota Timberwolves, per Darren Wolfson of SKOR North.

“I texted with somebody that knows Ben Simmons incredibly well (and) has working knowledge of all things NBA,” Wolfson said (h/t Hoops Rumors). “My text the other day said, ‘How badly do the Wolves want to trade for Ben Simmons?’ This individual sent me a text back, it was one word: ‘Badly.’

Since this is only rumored interest, we do not know what Minnesota would give up in a potential deal for Simmons. Nevertheless, if the Sixers were to go down that road, one would expect D’Angelo Russell and Malik Beasley to be involved in trade talks.