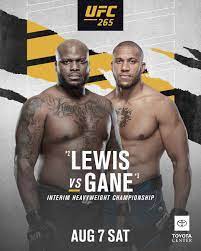 In his UFC debut, Johnny Munoz took a short notice bout against hot prospect Nate Maness. Despite getting the assignment that week, Munoz put together a really strong fight. He clearly won the first round, and some media members thought he took the third as well. All of that can be attributed to his tough grappling and the pace he brings with it. That alone makes him a tough out for anybody at featherweight.

The loss in a debut is always going to take the steam off of a prospect. The fact that it was nine months ago also does not help the situation. But even given those two pieces, Vegas has installed him as a substantial favorite at +235 (Odds by FanDuel). So even though the fans may not be as hyped on him as they should be, there is sure a lot of people who have faith in him getting the job done.

Jamey Simmons is another fighter who took a short notice fight against a top-level opponent. In this case, he faced a bit harder competition in Giga Chikadze. The similarities don’t end there. Simmons also likes to shoot the takedown and work from the top at a fast pace. The difference is that Munoz has done so against a higher level of competition. He also tends to be much more technical than Simmons who powers through with pure strength more often. As a result, a good wrestler like Munoz should control the fight here and get the win.