What are we going to do about Marcus Smart’s shooting? 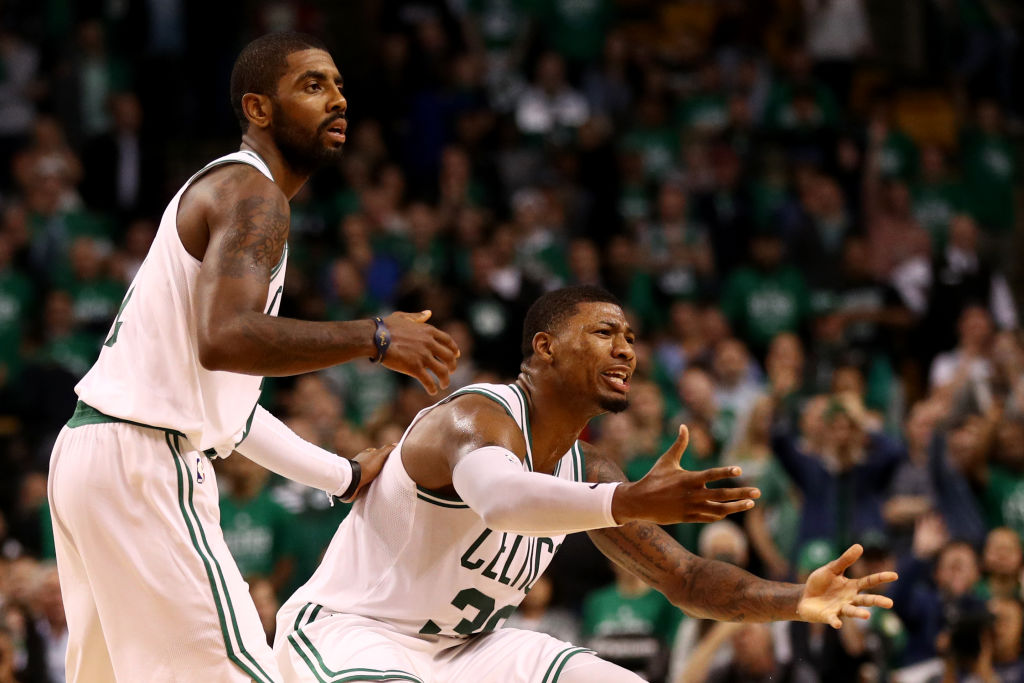 Flash back to October. Marcus Smart was getting rave reviews for his noticeably slimmer physique and improved jump shot.

A tweak to his mechanics had resulted in some torrid preseason shooting. Through four games he was a ridiculous 58% (7-12) from 3.

We’re smart enough to know that pace wouldn’t continue but remained hopeful he could jump from 29% (career average) to 35% (league average).

That hasn’t happened. Smart is shooting 26% from 3 and 27% total. Here’s some historical perspective, courtesy NBA Math:

Any educated Celtics fan knows Smart has tremendous value on defense and hustle plays. And despite the horrific shooting numbers, he’s important to the offense:

Except … here’s the thing … when Smart is on the floor, the Celtics have a 106 offensive rating. That’s second best among rotation players, and 6.8 points better than when he’s on the bench.

In that article, CBS’ Matt Moore chronicled how defenses are still guarding Smart as those he’s a threat. Last night, the Mavericks bucked the trend and dared him to shoot. The result was a head shaking 3-15 performance. Yet…

If you were wondering, Marcus Smart's Twitter angst-inducing performance Monday (missing 12 of 15 shots, 9 of 11 from three) did end up affecting his place among the NBA's leaders in Net Rating…

…he went up two spots. pic.twitter.com/72Fw89utik

So do we tolerate the poor optics because the numbers don’t lie?

There has to be a middle ground. A space where Smart still wreaks havoc but never, ever, ever jacks up 10 triples in one game. I think this space is called optimal Celtics basketball.

You’re crazy if you think I have any answers. Forget talk radio. There’s only one man who can guide us there:

Hurry up, Brad. My heart can’t take much more of this.