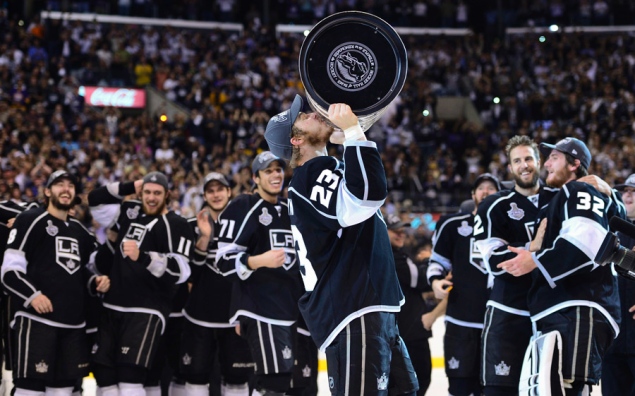 Last year at this time, the Brewers were coming off a miserable 2013 season during which their star player was suspended for PED use and the team was never in contention after May.  There was little reason for hope, and yet the 2014 Brewers got off to a scorching start and would have been the top team in the league if only the season had been shortened to five months.  But that sixth month was humiliatingly decisive, and Milwaukee missed the playoffs for the third season in a row.

Given the (to coin a phrase) epic fail of 2014, Brewers fans are in a similar situation as we were as spring training concluded last year – there is arguably little reason for hope.  Still, last year’s team surprised us – pleasantly at first and unpleasantly later – so it would be silly to ignore the fact that anything can happen in a 162-game season.  On the eve of the 2014 campaign, I had 10 questions about my hometown team.  At the start of the 2015 season, I have another set of questions, many of which are different from last year.

1. Will Jimmy Nelson hold down his spot in the rotation?

A vocal set of Brewers fans perpetually expressed disappointment that Yovani Gallardo was not an ace in the Cliff Lee/Adam Wainwright/Justin Verlander mode.  Based on their complaints, you’d never know Gallardo was a solid, top-of-the-rotation starter with a 3.69 career ERA coming off a great 2014 season.  But that’s history and Nelson is set to take the spot in the rotation that opened up when Gallardo was traded.  While it would be unfair to expect Nelson to match Gallardo’s effectiveness, it’s not too much to ask that he turn in a respectable performance as the fifth starter.  Nelson has only pitched 79.1 MLB innings since 2013 but we might as well throw out the stats – in 2015 he will sink, swim, or tread water.  We should probably be satisfied with Nelson treading water, keeping his ERA in the low 4.00 range, and giving his team a chance to win every fifth day.

Fiers was crazy delicious in 2014 – in ten starts he never gave up more than three earned runs, finishing the year with a 2.13 ERA and 0.879 WHIP.  I still smile when I think about that one game where he struck out 14 Cubs in six innings.  Was it too good to be true?  Fiers was also a phenom in the first half of 2012 before hitters made adjustments and it turned out he was a mere mortal after all.  Even if Fiers can’t reproduce his 2014 brilliance, it would be a massive buzzkill if he couldn’t even come close.

3. Will Aramis Ramirez go out with a bang?

Ramirez has said that 2015 will be his swansong.  In his first season in Milwaukee, he capably replaced Prince Fielder as the cleanup hitter, but his 2013 was shortened by injuries and 2014 was, ahem, nothing to write home about.  Although it sounds like he’ll get a fair amount of rest in 2015, it would be a beautiful story if he could finish his career with a productive season that helps propel his team to the playoffs.  Everyone loves a happy ending.

4. Is Adam Lind the first baseman we’ve been waiting for?

Braun has had a fine spring and by all accounts he’s much more comfortable at the plate.  Maybe that cryotherapy procedure he had last year was just what he needed to get back on track.  Just the other day, Braun said, “Now I can use my top hand properly, stay over the ball and get my swing to where it was before the thumb thing.”  I’m sure we can take his word for it.

6. Will we ever see Jim Henderson again?

When Henderson performed admirably in the closer role as a 30-year-old rookie in 2013, it warmed our hearts.  When a shoulder injury ended his 2014 season, it broke our hearts (at least they weren’t cold).  Since having surgery, Henderson hasn’t been able to regain the mid-90s mph velocity he once had.  A couple of weeks ago, Henderson was sent to minor league camp to continue his attempted comeback.  Even optimistic fans would have to say it doesn’t look good, but stranger things have happened.  Let’s hope Henderson can defy the odds and give us a reason to love again.

K-Rod’s 2014 was much better than a lot of folks probably remember – he had a 3.04 ERA, 0.985 WHIP, and recorded 44 saves.  On the other hand, he posted careers “highs” in home runs surrendered per nine innings, and also in fielding independent pitching (a stat I didn’t care about until this very moment when I saw K-Rod’s 2014 FIP was his worst ever).  In the second half of last season, the chances that K-Rod would give up a homer were on par with teammate Marco Estrada and 2009-era Braden Looper.  We might as well take comfort in the fact that K-Rod’s homer problem in 2014 was an outlier.

8. Will someone keep the goddamn Cardinals from making the playoffs again?

9. Are we really going to be stuck with these bloody metal detectors at Miller Park for the rest of our lives?

As you are no doubt aware, this is the first year that TSA-style security theater that creates massive inconvenience while doing nothing to improve fan safety is mandatory at all MLB ballparks. This is not a Brewers-specific problem obviously, but it’s truly sad that this police state tactic made its way into our national pastime without having to put up a fight. One security expert characterized MLB’s metal detector policy by saying, “This kind of crap is what the terrorists winning looks like.” Part of me hopes that MLB attendance takes a massive hit this year due to metal detectors and they’ll have no choice but to reverse this despicable policy. That may be petulant, but this is just sick. It’s hard to accept that something so transparently unjust has been forced on baseball fans and we have no choice but to either give in or give up on a sport we care about. What a world.

At this time last year, it seemed possible (even likely) that Hank would wear out his welcome as an additional Brewers mascot. But on the brink of the 2015 championship season, Hank is as popular as ever – coming off his big World Dog Award win in January, he’s still doing charity events, and he’ll have another bobblehead giveaway on Mother’s Day. How much longer can Hank keep it up before the pressures of celebrity get to him? Is this the year Hank heads for a Lindsey Lohan-style downfall? They say fame is a fickle food – if men eat of it and die, where will that leave Hank? *head explodes*

Presumably the Brewers will get back to the World Series one day.  Why not this year?  I’m sure most Brewers fans would think predicting a world championship at this stage is too ambitious.  I won’t actually go that far, but if I had to make a bold prediction, it would be – the Brewers will have a winning record against the goddamn Cardinals in 2015.  As I like to say before the start of every season, hope springs eternal…