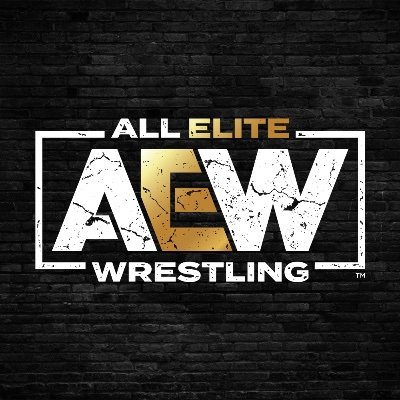 The October 28th edition of AEW Dynamite began with “Hangman” Adam Page vs. Wardlow for a spot in the tournament final next week on Full Gear.

Jon Moxley says his match against Eddie Kingston at Full Gear is personal and that he will make him say “I quit”.

DYNAMITE EXCLUSIVE
"This one is personal. This one's for me" – @JonMoxley

Eddie Kingston vs. Matt Sydal is next. Good match between these two.Sydal did get some offense on the number one contender, but it wasn’t enough to put Kingston away. Kingston finally was able to put Sydal away with Jon Moxley’s Bulldog Choke. Kingston would not let go, telling “Moxley” to say “I quit”. Sydal said “I quit” and Kingston told Moxley he was sorry before finally letting go.

This is the face of a man on a mission @MadKing1981 #AEWDynamite pic.twitter.com/XgKl8OHJiY

Escalibur sits down with The Young Bucks and a Zoom interview with FTR.

Result: The Young Bucks Say They Will Never Challenge Again For the Titles if They Lose at Full Gear

FTR quickly gets aggravated with Escalibur, saying he has no interest in the champions so they get up and leave.

The Young Bucks say they had to work hard for what they have, that they weren’t given anything. They say they will never challenge for the tag-team championships again if they lose next week.

The Townhall between Chris Jericho and MJF in order to find out if MJF should join the Inner Circle or not is next.

Result: MJF vs. Chris Jericho Announced. If MJF wins, he can join the Inner Circle

This segment took a different turn than expected. I was going into this thing expecting the same goofy friendship angle between MJF and Jericho, but things got heated between the two quick. Several AEW stars came up to the microphone to ask each person questions. Most of the questions were geared toward MJF, bringing up the fact that his record on friendships in AEW weren’t good. Jericho and the Inner Circle made it clear that if MJF ever turned on them, they would knock his teeth down his throat. The end result was Jericho saying if MJF can beat him at Full Gear, MJF can join the Inner Circle.  Santana then grabbed the mic and told MJF that he and Sammy do not want him in the Inner Circle. They challenged MJF and Wardlow in a tag-team match next week.

.@IAmJericho is giving @The_MJF a chance to beat him at Full Gear to join the Inner Circle 🚨🚨🚨 #AEWDynamite on @tntdrama pic.twitter.com/o6L3DaXfgy

Cody vs. Orange Cassidy Lumberjack match for the TNT championship is next.

This was a good match. Both guys started things off hot and heavy. Both guys demonstrating some show-boating, with Cody doing pushups after bringing Cassidy down. Cassidy held Cody up for a period of time in a vertical suplex.

The Best Friends interfered on behalf of their friend Cassidy. They aided OC by pushing him back in the ring. They also caught Cody and dropped him at one point. Chuck Taylor delivered a cheapshot when the referee’s back was turned.

When we returned from commercial, chaos exploded on the outside. The lumberjacks turned on each other and began to fight. Cody delivered a superplex on Cassidy, which resulted in them landing on the fighting lumberjacks outside.

The Dark Order destracted the referee in order for John Silver to deliver the puntkick to Cassidy. Arn Anderson also took out OC with a cheatshot, allowing Cody to hit him with the Crossrhodes for the win.

The lumberjacks evade the ring, but the Nightmare family escapes. Austin and Billy Gunn are left in the ring as the camera pans to the stands where Darby Allin, Cody’s Full Gear opponent, looks on in interest.

Miro and Kip Sabian approach Best Friends. They say they forgive Best Friends for destroying their video game. Penelope Ford, dressed like Orange Cassidy, hands them a gift. However, Miro and Sabian attack them and beat them down.

Serena Deeb vs. Legit Leyla Hirsch for the NWA Womens championship is next.

Good, mat wrestling match. A little slower paced than normally seen, but still exciting again. Both women showcased what they could do. However, Deeb was able to get over on her opponent via submission.

Shawn Spears quickly wins an enhancement match via the C4

However, following the match, a member of the audience dressed in a bull costume was throwing candy toward Spears. Spears became annoyed and threw him in the ring. When Spears turned his back, “the bull” took off the mask to reveal Scorpio Sky. Sky was able to get the best of Shawn Spears.

Our main event, Kenny Omega vs. Penta El Zero M for a place in the finals at Full Gear is next.

Kenny Omega defeated Penta via pinfall with the One-Winged Angel

This match went a million miles a second, and each one was exciting and fun to watch.

-The match began with a “chopping” contest. Penta’s were more devastating, but Kenny gained the upperhand by tricking Penta by attacking from behind.

-Omega hit Penta with a canadian destroyer on the outside ramp-way as Penta tried to attack him from the top rope.

-Penta delivered the Pentagon Driver, but Omega kicked out at two

-Omega was able to hit Penta with the One-Winged Angel for the win.

It will be Kenny Omega vs. “Hangman” Adam Page in the tournament finals at Full Gear.