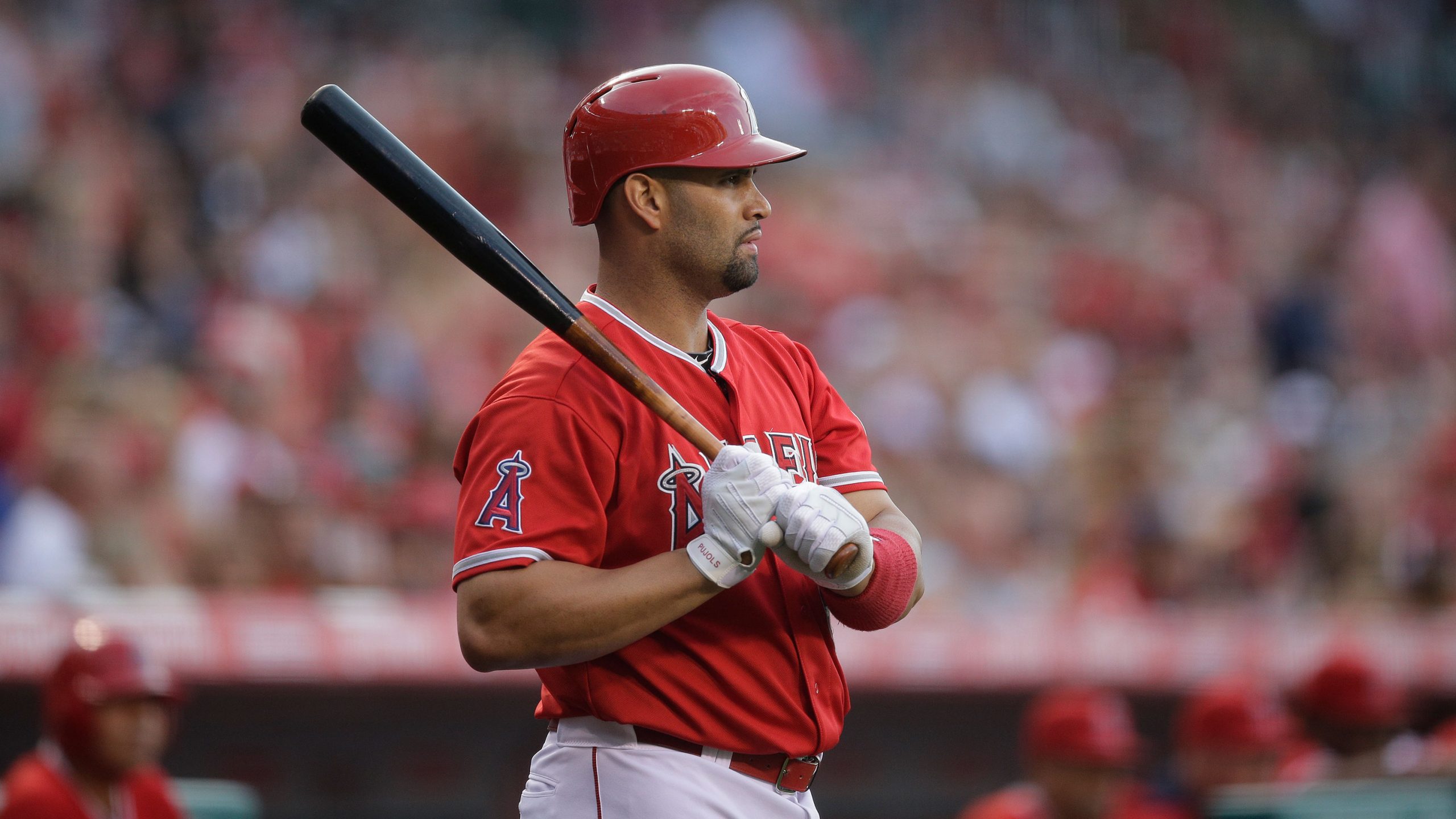 Late on Saturday night Albert Pujols became the 9th member of the 600 home run club. With a grand slam, just because.

His name will live among the titans of baseball for eternity.

In his second MLB at bat, Pujols drilled a game-tying home run deep into the Arizona night. Diamondbacks announcer Thom Brennaman said this:

“First career big league home run. And after watching this kid in batting practice and that swing right there, it will not be nearly the last.”

I know what you’re thinking.

I’m thinking it too. So is Tony LaRussa:

Tony La Russa on Pujols' #600 not coming w/ Cardinals: "We all regret he's not in uniform-and he does too-but that's just the way it went."

Somehow this happened in Anaheim and not St. Louis.

Even though we’re happy for Albert and his accomplishment, there’s an inherent sadness present. The best Cardinals player that many of us have ever seen is off doing historic things 1,820 miles away from Busch Stadium.

But today is a celebration of #5. So we’ll keep a stiff upper-lip and instead remember some great home runs from the past. Join me in a trip down memory lane…

1) The time he ruined Brad Lidge:

5) The time he started the bat-flip trend:

6) The time he wasn’t scared of Aroldis Chapman: