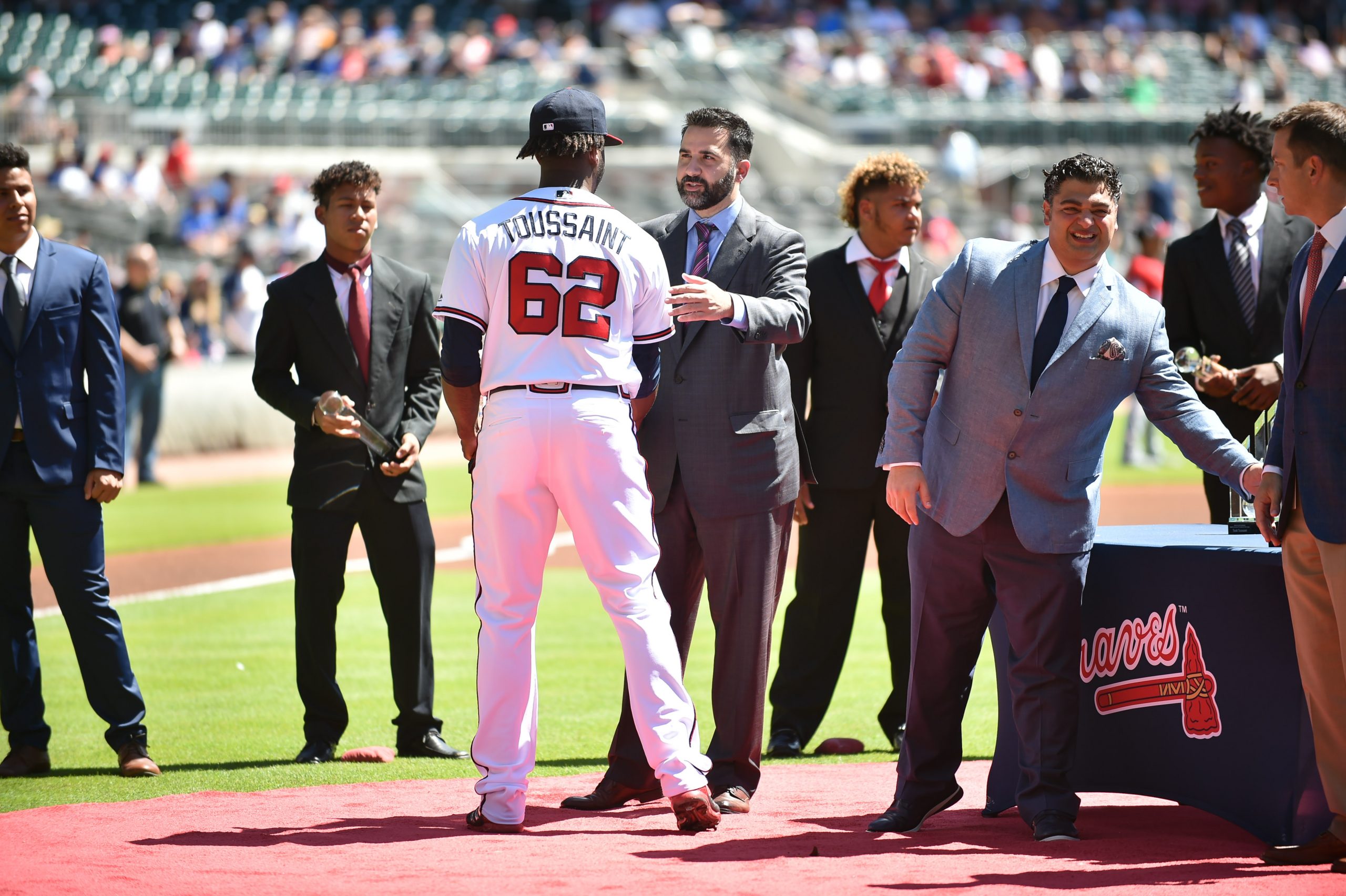 The Atlanta Braves have one of the best farm systems in baseball. It helped produce enough talent to win the 2018 National League East title. It made the job of general manager of the Braves quite an envious position even after the violations of the previous regime became public.

Yet, despite all of this, new general manager, Alex Anthopoulos, has oversaw a good deal of change as highlighted by Bill Ballew of Baseball America. These changes appear concentrated in the field of player development. According to Ballew, “the changes surprised some observers given that the organization once prided itself on its continuity of staff.”

The most notable of these changes was former farm director, Dave Trembley, who resigned in August after seeing most of his responsibilities stripped and given to new hire, Dom Chiti. Other longtime minor league managers like Rocket Wheeler and Luis Salazar were let go while Randy Ingle, who was with the organization for 41 years, also saw his time with the organization come to a close. Ingle was the manager of the 2016 Rome Braves, a team that won the South Atlantic League title behind a bumper crop of prospects that included Kolby Allard, Max Fried, Mike Soroka, Touki Toussaint, Ronald Acuña Jr., and Austin Riley.

A number of minor league front office figures have also vacated their posts during this upheaval.

This level of change isn’t just surprising since the organization often sticks with guys for decades. After all, typically, when you help oversee what has been an elite collection of young talent, you rarely get let go short of other teams raiding your collection of coaches, advisers, and front office executives to better their own situation. That does not seem to be the case as Anthopoulos appears to be moving on from these long-time figures in the organization.

For some, this upheaval reminds them of former general manager, Frank Wren, whose reported prickly personality led to many stalwarts from the John Schuerholz era to leave the organization – most notably former Scouting Director Roy Clark. Wren was so difficult to work with that even Bobby Cox threatened to leave the organization before being talked down by Schuerholz. Could Anthopoulos be just as hard to work with?

Unlikely. It doesn’t fit any narratives attached to the successful executive both since coming to Atlanta and in his previous stops in Toronto and Los Angeles. Anthopoulos is universally respected for his professionalism and character. While I’m sure if you searched long-and-hard, you might find someone with a negative thing to say about Anthopoulos, the consensus is that the Braves general manager is fair, open-minded, and has the total opposite of a toxic personality.

But this upheaval may still be a result of Anthopoulos – at least the changes of coaches. Anthopoulos is a forward-thinking individual. Even if Brian Snitker doesn’t quite understand Isolated Slugging, or ISO – despite the fact Branch Rickey used it – Anthopoulos triggered a complete overhaul in how the Braves approach and utilize analytics. The Braves embraced the shift at a much higher rate in 2018 and the analytical approach led to a team defense that improved dramatically despite retaining most of the same players from 2017. Even in the minors, the Braves utilized analytics at a much higher rate, including using extreme shifts in rookie ball despite the scarcity of data and scouting reports.

Perhaps these changes in player development reflect a move toward more of that approach that Anthopoulos has been instituting since taking over last winter. While I don’t believe most people in baseball suffer from the idea that you can’t teach an old dog new tricks, it’s just sensible to believe that younger minds who both embrace analytics and believe in their value will be a better fit with the current general manager. It’s not that Trembley and company were bad at their jobs. It’s just that their fit wasn’t quite as good with Anthopoulos as it might have been under previous general managers.

It should be expected that Anthopoulos will continue to change the Braves culture to fit his wants and expectations. After all, it’s his show. That might ruffle some feathers, but Anthopoulos has shown that he cares far more about winning than sticking with what may have worked in the past.