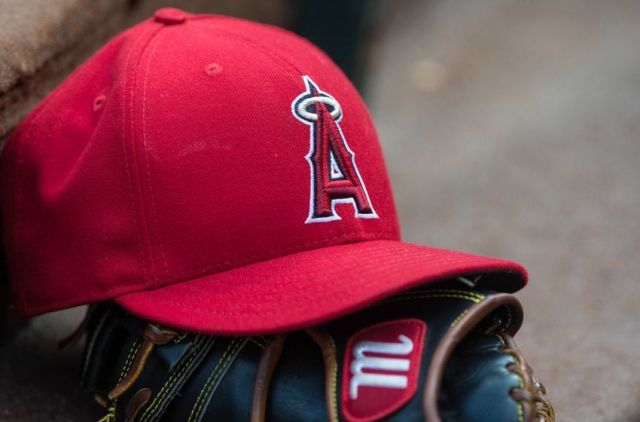 The Angels suddenly have a system flush with fringe major leaguers and upside after Eppler started his career as Angels GM with two spectacular drafts and one impressive foray into the international market.  As a system, they still aren’t in the upper echelon because the majority of their top prospects are lower than AA, but in a year or two, with another solid draft and international class, as well as the inevitable promotions, we should see the Angels become a very well regarded system.

But even in systems where you need to dig for talent, there are still some diamonds that are left in the earth (Matt Shoemaker, Kole Calhoun, etc).  These are some of the guys you may see in the major leagues someday, but not atop any top prospect lists.

IF Keith Grieshaber – Drafted in the 16th round out of community college, Grieshaber hasn’t made a ton of waves in the low minors yet.  But he is a decent defensive middle infielder with gap power, speed and plate discipline.  If he can put these tools on display in AA next year, people might start catching on.

C Jack Kruger – Last season, it took a well above slot bonus to bring in Kruger, a catcher at Mississippi State.  His defensive abilities at catcher were already thought to be in the “plus” range, and he has a highly projectable bat that could grade “plus” in power.  As of right now, that hasn’t manifested itself, but Kruger could eventually progress into a Chris Iannetta type.

RHP Erik Manoah – 13th round pick by the Mets, traded to the Angels in the Fernando Salas deal last year.  Manoah has a solid three-pitch mix (91-92 mph “heavy” fastball, tight curve, change up with fade) and has turned the corner this year in Burlington, lowering his ERA down to 3.70 over 80 innings.  If Manoah can continue to throw strikes, he could emerge as a strikeout-happy back of the rotation starter in the major leagues.

2B Jordan Zimmerman – Once we all move on from the fact that he shares a name with a good major league pitcher, we can appreciate Zimmerman as a prospect.  He comes fully armed with moderate gap and over-the-wall power, as well as speed, solid defense and a good eye at the plate.  Zimmerman was drafted in the 7th round out of Michigan State.  He could eventually insert himself into the conversation for second base in a couple years, though admittedly, he’ll need to overcome some swing and miss habits before then.

OF Kyle Survance Jr. – Kyle lost any momentum he might’ve had coming out of college two years ago, but has since finally gotten healthy and is progressing nicely at Inland Empire.  There are definite contact issues that need to be dealt with, but Survance is an excellent defender that has 70-grade speed within 90 feet and 80 grade speed rounding the bases.  He could serve as a Jarrod Dyson type of fourth outfielder in the majors leagues.

LHP Conor Lillis-White – Lillis-White is a big bodied, pitch to contact lefty that can be used across multiple innings or as a left handed specialist.  Both he and the Angels are still trying to identify what capacity he should be used in, but so far you have to like the results.

RHP Mike Kaelin – Pretty much the opposite of Lillis-White.  Small statured righty with a 98 mph fastball that doesn’t tend to jump off bats even when hitters make contact.  We like to call that a “heavy fastball” and generally speaking, those are the ones with less velocity and spin.  So the idea that he’s throwing that kind of ball at that velocity is worth keeping an eye on.  Kaelin could be a solid middle reliever in the major leagues by the end of next year.

RHP Adam Hofacket – Hofacket is a sinker ball pitcher that generates a lot of weak contact and swing and misses.  His fastball sits 92-93, and high-80’s sinker that acts like a splitter.  He’s been used as a closer, middle reliever and multiple inning option so far in his minor league career, and has worked well in all roles.  Adam has experienced a high degree of success in AA this year, so it shouldn’t be long at all before he’s gracing the Angels with his presence in Anaheim (assuming he isn’t traded).

C Wade Wass – Wass has always been a very strong backstop since the Angels drafted him.  But all that physical strength will frequently take some seasoning before it manifests itself into game-time home runs.  Wass at the age of 25 has progressed that far, and has now entrenched himself firmly into the Angels catching depth chart.  Wass has Mike Napoli type of power but with more swing and miss and more agility behind the plate.  With Maldonado and Perez in the majors and AAA, and Ward in Advanced A, Wass may find it difficult to find any playing time in Anaheim, but trades happen all the time and we could see him in the majors as soon as next season.

3B Zach Houchins – Houchins has always been a power hitter, and he’s very athletic for a third baseman.  But he’s always struggled with making contact and laying off pitches out of the zone.  If his pitch recognition progresses, he could make for an interesting bench piece or even challenge Cowart as the future starter at third base.

2B Tim Arakawa – While Arakawa lacks tools, he makes up for it with versatility, athleticism, hustle, great plate discipline and a beautiful contact oriented swing.  He’s a good defensive second baseman, but has also worked himself into being a solid left fielder as well.  You could do worse for a utility player.  He could eventually be a David Eckstein type.

RHP Troy Scribner – Scribner is a study in being productively pissed.  This guy was a good pitcher in college, and wasn’t drafted – pissed.  So he signed a minor league free agent with the Astros, and out pitched the kids who were drafted – pissed.  Then, he had an off-year and the Astros gave up on him and sold him to the Angels – pissed.  In coming to the Angels, he dominated AA and should’ve been in the majors last year – pissed.  Now, he’s one of the best pitchers in the PCL and still hasn’t been promoted – should still be pissed. Every part of his career, he’s been met with skepticism.  I hope that continues in the majors and he uses it to fuel his success.  Scribbler throws in the upper 80’s with a solid curve and good change up.