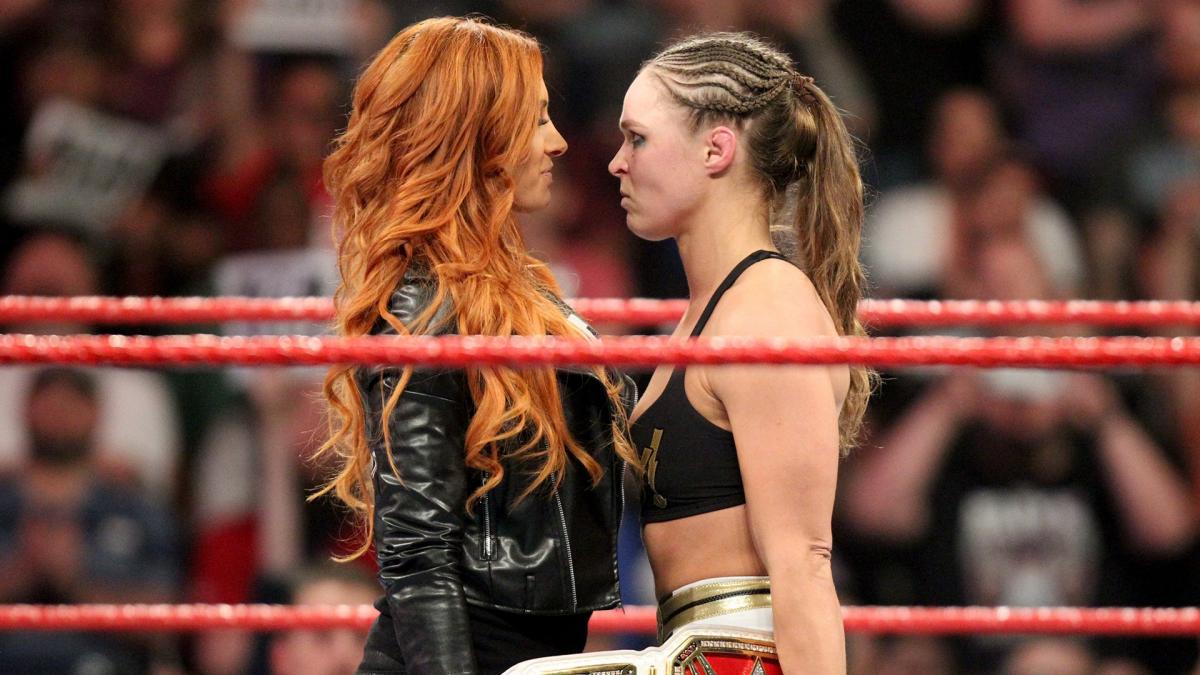 WWE had an in-house show in Youngstown, OH, at the Covelli Centre. Becky Lynch has been selling a knee injury ever since towards the end of the Royal Rumble. However, it seems like Lynch is not selling the knee injury anymore. In fact, she has no limp or a crutch, like she has had the past couple of weeks on Raw and SmackDown.

Fans at the Covelli Centre took pictures and video of Lynch, as it came to a shock for a lot of the fans that she doesn’t have a knee injury anymore. As, this past Sunday at Fastlane, we saw her selling the knee injury pretty well.

Lynch faced Charlotte Flair in the in-house show and here is the evidence that shows no crutch.

It will be interesting to see if Lynch comes on either Raw or SmackDown without no crutch and no limp and to see what type of storyline they sell of how her knee healed so quickly from the last time we saw her on live television.

The way we got to the triple threat match in terms of storylines has been a bit choppy ever since Lynch earned her right to face Rousey in women’s Royal Rumble. SmackDown is in Dayton, OH, Tuesday night.

It seems like according to the WWE website, Flair is scheduled to be one of the superstars making an appearance, under superstar appearances. It will be very interesting to see if Lynch comes on show Tuesday night and see what type of storyline they try to play out next.

The only thing that matters now is still promoting this match and getting more hype for this match in the coming weeks.

With Wrestlemania coming up here very quickly, all eyes are going to be on the first ever woman’s main event between Flair-Lynch-Ronda Rousey.