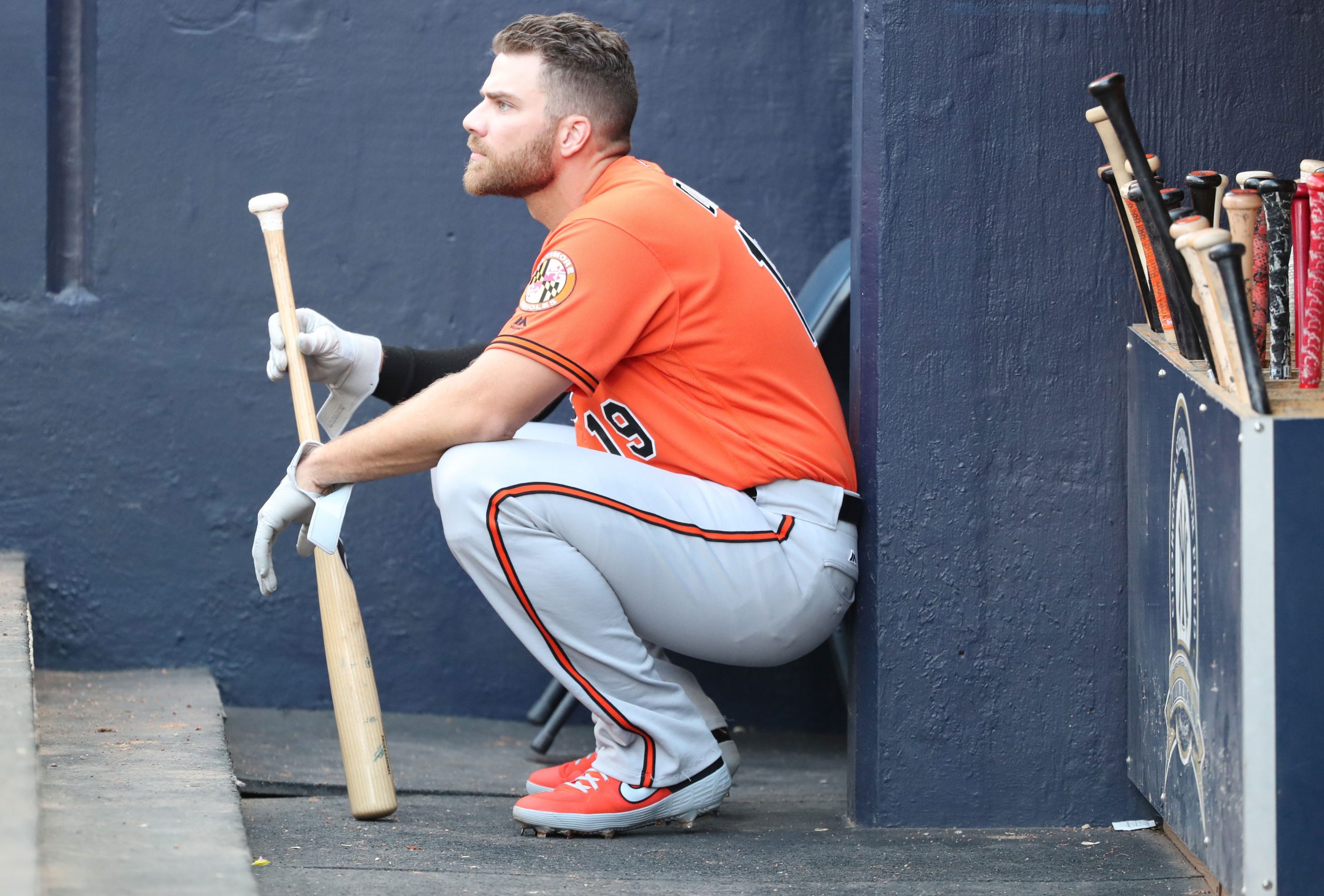 One of the hardest things to do (if not the hardest thing to do) in sports is to hit a baseball moving at 90-plus miles per hour. The best hitters still fail 70% of the time. Neither of those things will give Baltimore Orioles first baseman Chris Davis any comfort, though.

It wasn’t too long ago when he was one of the game’s premier power hitters. He’s led the league in homers twice, with his 2013 breakout campaign being the best of all. This performance included a .286/.370.634 triple slash (168 wRC+), 53 homers (led the league), and 138 RBI (led the league) through 673 plate appearances. Davis registered 7.1 fWAR and finished third in American League MVP voting.

Six years later? He just wants a hit. And he’s probably not feeling picky — literally any kind of hit would do right about now.

Davis is currently 0-for-the-season as the O’s prepare to start a four-game series at Camden Yards against the Oakland Athletics Monday. He’s one of three hitters with at least 20 plate appearances in 2019 to not record a hit yet, but Davis’ 27 plate appearances are the most of that small group.

Of course, many know this horrific slump goes far beyond the left-handed hitter’s most recent 27 trips to the plate. He’s fresh off one of the worst season-long performances ever put together by a qualified hitter and hasn’t recorded a base hit since September 14th, 2018.

This has him on the brink of more unfortunate history.

Chris Davis now up to 0-44 dating to last season.

This is the kind of slump nobody wishes on another person. In an ideal world, these struggles wouldn’t bleed into other parts of Davis’ game, but let’s be real — he’s human. Of course it will, especially when he’s been dealing with this for more than a year.

Mike Petriello of MLB.com gave some perspective on how Davis’ performance on the base paths and in the field have been impacted by this near-historic run of futility.

Whatever's happened, it's showing on bases/defense too.

If the theory is bat speed is gone, that seems to track elsewhere.

As if this singular slump — or whatever you want to call his numbers since the start of 2018 — wasn’t bad enough, there’s also that contract.

After hitting free agency, Davis re-signed with the O’s to the tune of seven years and $161 million prior to the 2016 season. Not only is he currently under contract until 2023, but Baltimore deferred $42 million of that total compensation. So, Davis will be getting payments from the Orioles in annual installments until 2037.

It’s not helpful that he’s racked up more than double the strikeouts compared to hits since signing that huge contract, either.

It’s much easier said than done at this point, but one thing that jumps out when looking at Davis’ statistics is a clear divide in his aggressiveness at the plate. From 2008-15, he never finished with a swing rate on strikes below 70.4%. Since 2016, that number hasn’t finished higher than 65.0%.

This situation has to be past the point of no return for a rebuilding club like the Orioles. If Davis were to somehow turn things around, it’d be shocking if it actually happened in Baltimore. Even though they’re still on the hook for quite a bit of money, the organization needs to make a change — either get him to agree to an assignment in the minors to regain some confidence or completely cut ties so maybe he can get a fresh start somewhere else.

Let’s hope he connects with a pitch that actually finds a hole before breaking Eugenio Velez‘s hitless streak. After what he went through last year, Davis has done enough to etch his name in baseball history for feats he never fathomed would be possible, and in the worst way imaginable.