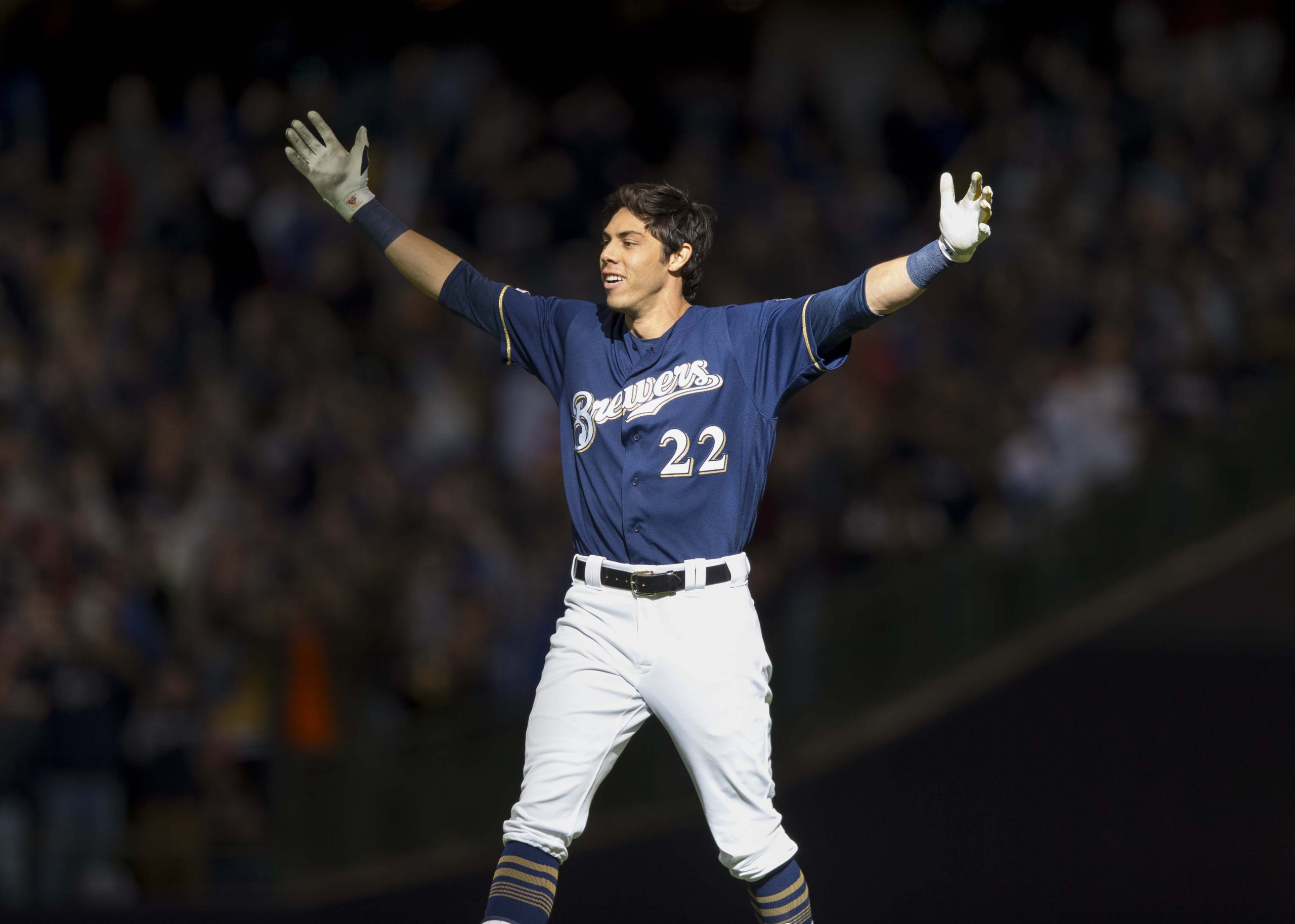 Milwaukee Brewers outfielder Christian Yelich isn’t at all feeling the pressure of being the reigning National League MVP.

However, it’s worth noting that Beckham has played in two more games than Yelich, allowing him to accrue nine more plate appearances.

Four dingers in four games is impressive, regardless of how the feat is accomplished. Yelich is an equal opportunity kind of hitter, though — he’s slugged one in each of those contests. That puts him in a very exclusive club:

.@ChristianYelich is the 6th player in @MLB history with a dinger in each of his team's 1st 4 games of the season. pic.twitter.com/cOMjgHPMtn

How does Yelich going on this type of homer binge stand out more than it would for another big leaguer, though? Well, it’s because of how dependent he’s been on ground balls during his career.

He slugged a career-high 36 homers in 2018 despite posting just a 23.5% fly-ball rate. Among all the seasons of 30-plus homers since 2002, Yelich produced the lowest fly-ball rate, and did so by a couple percentage points, to boot. His homer production literally doubled from the year prior, and he saw his homer-to-fly-ball ratio go from 15.3% to 35.0%.

What made last year’s MVP campaign even more eye-popping was the second-half surge he went on. Yelich hit 25 dingers after the All-Star break despite a 25.1% fly-ball rate during that time, giving him a ridiculous 48.1% homer-to-fly-ball ratio.

His hot start to 2019 has kept that ratio looking ridiculous. The below numbers are a bit outdated since it was tweeted immediately after Yelich’s fourth homer, but it still tells the story accurately.

How unsustainable does that number appear to be? Since 2000, there have been just 15 different instances where a player finished with a single-season HR/FB% above 30.0%. The highest was Ryan Howard in 2006 (39.5%). Coincidentally enough, the only two sluggers on that short list with a fly-ball rate below 30.0% were Yelich and his former Milwaukee teammate, Domingo Santana (2017, 27.7% fly-ball rate).

Yelich’s 35.0% HR/FB% from last year was the third-highest rate since the turn of the century. What he’s done since last year’s All-Star break is unsustainable, but he’s just not stopping. Based off how he likes putting balls in play and the power surge he’s experienced with the Brewers, he’ll be trying to climb this particular leaderboard even more in 2019.