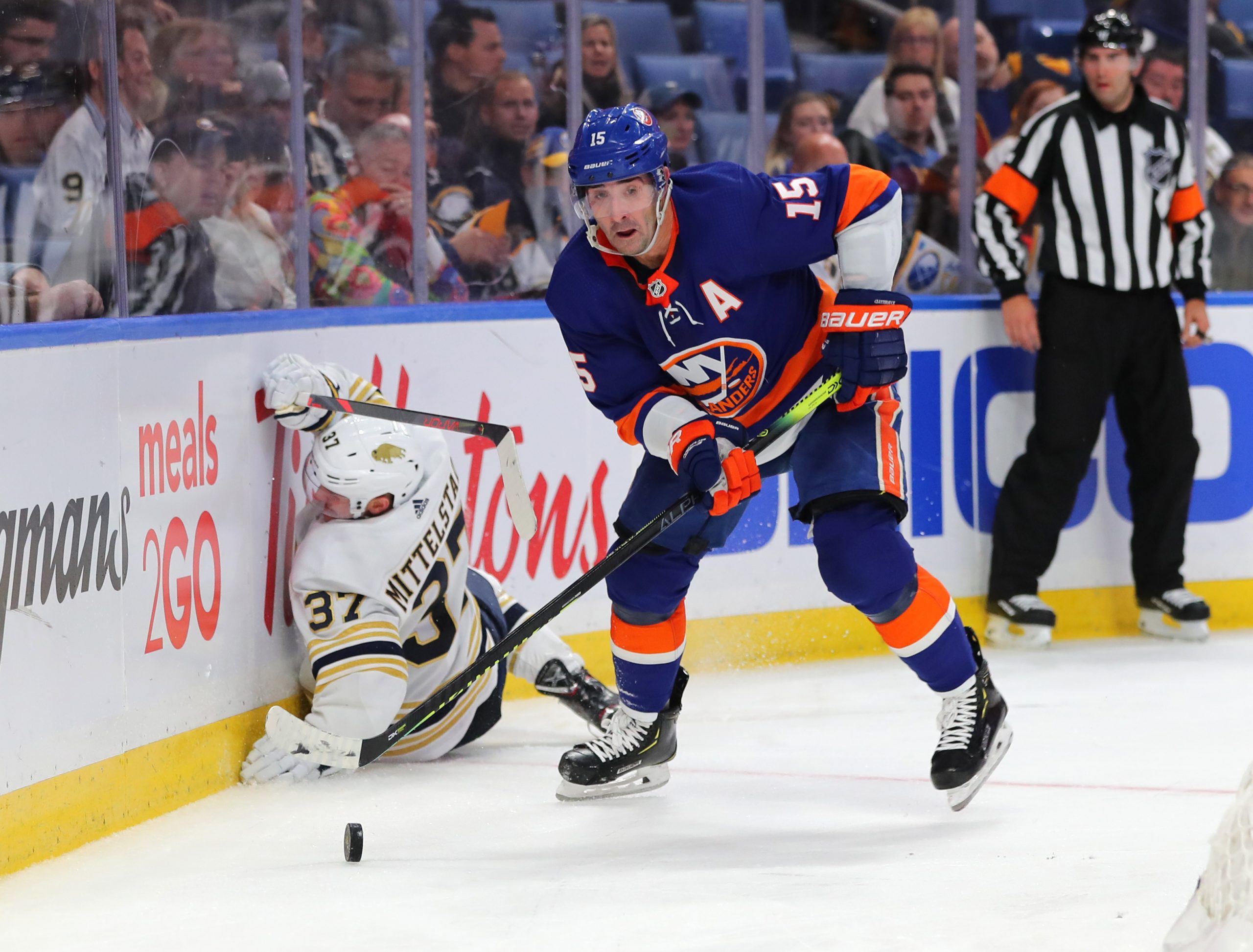 UNIONDALE, N.Y. — The Islanders will be without Cal Clutterbuck for an indefinite amount of time, the team announced Saturday morning.

Clutterbuck underwent wrist surgery on Friday to repair a couple of tendons after being cut by the skate of Patrice Bergeron in Thursday’s 3-2 shootout win over the Boston Bruins. Bergeron’s skate cut the wrist of the Islanders’ forward as he was falling forward leaving a sizable gash and immediately sending him off the ice.

“The cut was clean,” Islanders general manager Lou Lamoriello told reporters before the team’s game against Anaheim. “There were no complications. We’re just going to say he’s out indefinitely. He’s fine. It was in and out and it wasn’t something that he had to stay overnight about.

“It’s just going to be a matter of time when it heals.”

Clutterbuck was able to travel back from Boston with the Islanders and see the team doctors. He was taken to a local hospital for stitches.

The Islanders recalled Andrew Ladd from AHL Bridgeport in response to the injury. The move didn’t come as much of a surprise after it was reported that Ladd did not play in Bridgeport’s 3-1 loss to Springfield.

Islanders head coach Barry Trotz would not say if Ladd would play Saturday afternoon against the Anaheim Ducks, but the Isles bench boss said the team’s fourth line would feel the loss of Clutterbuck.

“That line they’re all connected. Obviously, they’re better when they’re together,” Trotz said. “It does diminish a little bit, but that’s part of the NHL. You’re going to have some injuries. It’s a serious injury, but it could have been worse.”

Trotz later added: “We’ll miss Cal and we’ll move on until he gets back.”

Clutterbuck has appeared in 33 games this season with the Islanders and has three goals and seven points. The Islanders’ fourth-liner leads the team in hits with 116.